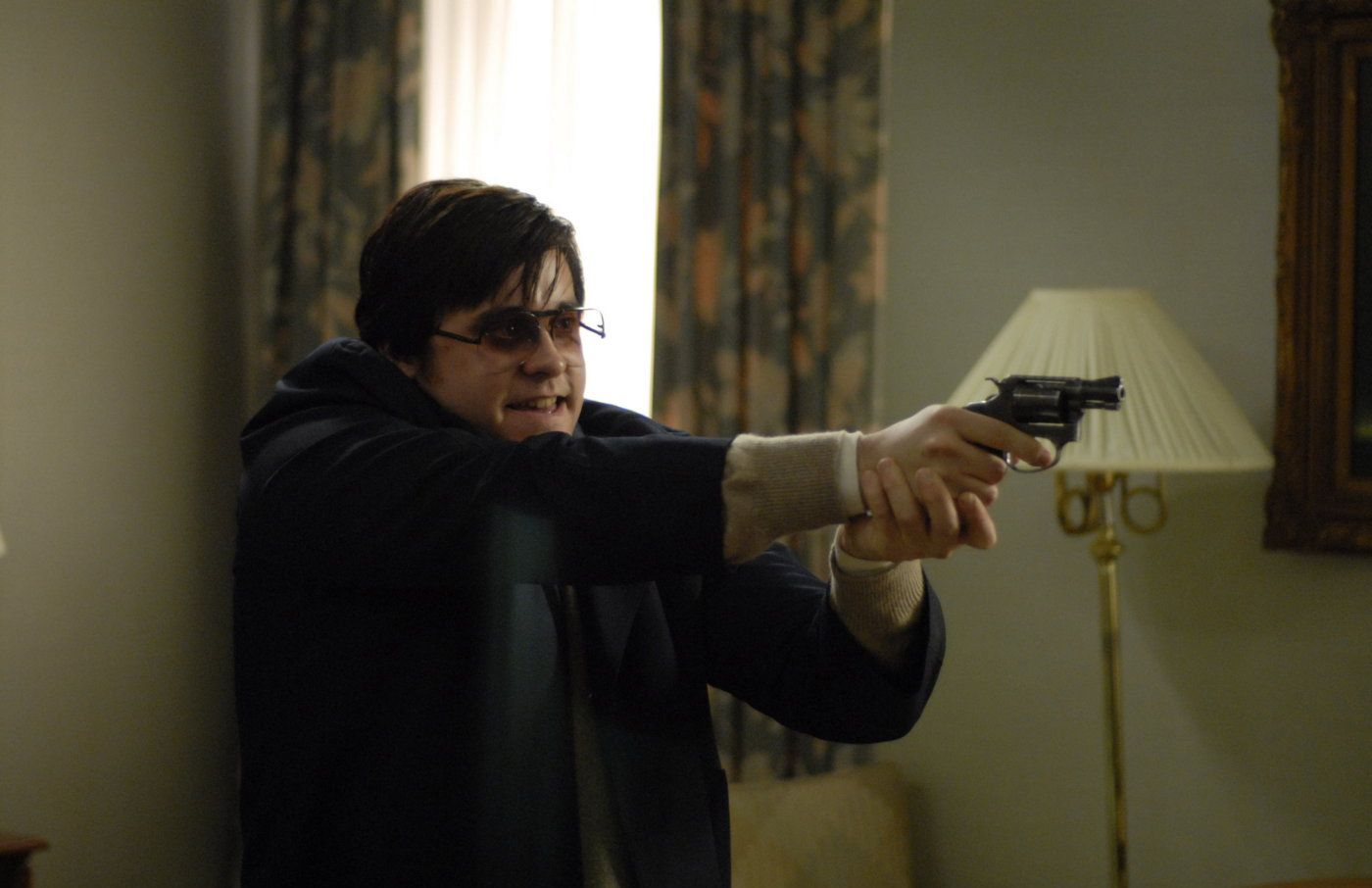 Jared Leto looks like he’s eaten his 30 Seconds to Mars bandmates in Chapter 27, a daft, unrevealing based-on-real-events film in which the actor packs on the pounds, habitually fidgets, and indulges in the occasional spazzy freakout in order to embody John Lennon assassin Mark David Chapman during the three days prior to his fateful December 1980 crime. Leto’s authentic weight gain is given prominence by writer-director Jarrett Schaefer, who repeatedly manufactures opportunities to shoot his fat star sans shirt. Yet just as the killer’s frequent mimicry of Taxi Driver’s Travis Bickle is left unexplored, so too does the star’s girth remain merely a Robert De Niro stunt in service of a pointless movie. Chapman narrates this subjective tale in a raspy voice that, apart from being in a slightly lower octave, closely resembles that of South Park’s Towelie. This only compounds the inanity of everything he actually says, most of it revolving around his love/hate feelings for the Beatles and Lennon, as well as his infatuation and identification with The Catcher and the Rye. “I’m going to be with you, Holden. In the Rye! IN THE RYE!” Chapman whisper-screams, hollow gibberish Schaefer wants to make meaningful by drawing specious links between J.D. Salinger’s protagonist and his own. Waiting for Lennon outside the Dakota, Chapman befriends a Beatles fan named—I’m embarrassed to report—Jude (Lindsay Lohan), who not only somehow fails to notice that Chapman is a raging psychopath, but also introduces him (in a bit of silly fantasy) to John and Yoko’s son Sean. As with everything that occurs, their relationship provides no insight into Chapman, here presented as a collection of schizophrenic tics and delusions, nor into the atmosphere of the era, too busy is the film allowing Leto free reign to slump and squirm about in ways that make him laughably stick out from his surroundings. At one point, Chapman confesses that he doesn’t enjoy the movies because they’re “so goddamn phony,” and with regard to the superficial, ugly-as-dirt Chapter 27, he’s right on the money.