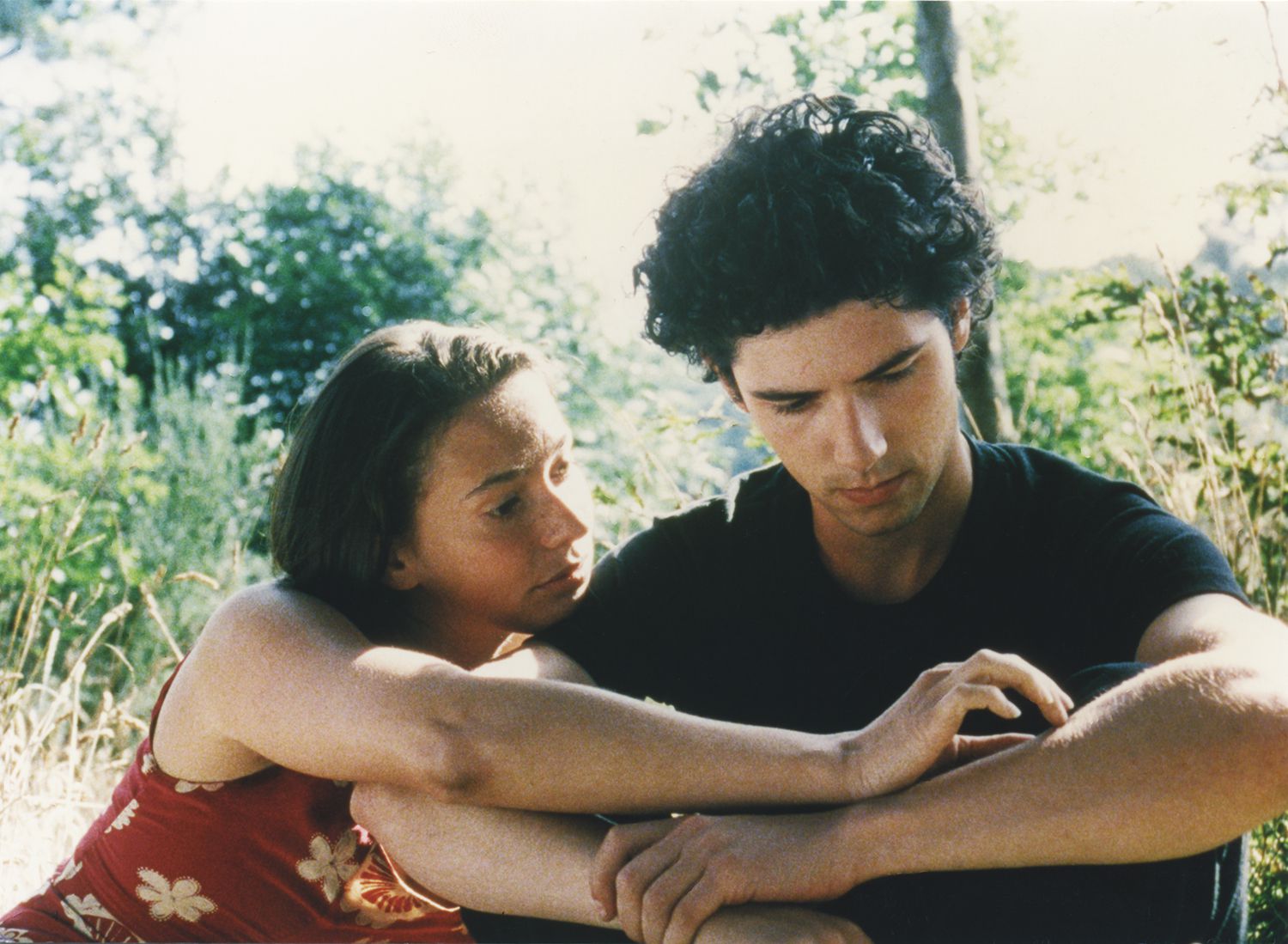 The third film in Eric Rohmer’s Tales of the Four Seasons series, A Summer’s Tale, begins with a soft, lyrical whistle that plays atop the opening credits. The pleasant tune serves as a charming aural primer for the film itself, which is a breezy, balmy respite to a day spent baking in the sun. It rolls on, like an eloquent, earworm-y whisper into your heart and mind. Melvil Poupaud stars as Gaspar, a moppish-haired recent math graduate on the precipice of starting his first adult job. He arrives in Dinard, a coastal village in the Brittany region of France, with grunge attire, a large backpack, a guitar case, and ambivalence to spare. He’s the quintessence of the lovelorn and philosophically strong-willed persona that characterizes so much of Rohmer’s humane oeuvre.

Gaspar, whose mind is as cloudy as the sea is blue, has traveled to this holiday hotspot with the hopes of reuniting with his idealized may-or-may-not-be girlfriend, Léna (Aurelia Nolin), who he believes to have a connection with, but whose affection isn’t always requited. One day he strikes up a conversation with Margot (Amanda Langlet), a freckled ethnology grad student who waits tables at a restaurant he recently dined at. Despite her flirtatious candor, she admits she’s in a faithful long-distance relationship and soon they become beach buddies. “I’m comfortable with everyone. It’s my training,” she tosses off with convivial aplomb. She’s smitten with his shyness and bombards him with questions, claiming it’s a humanistic impulse: “I’m curious about people. No one’s totally uninteresting.” Gaspar agrees, but with a grumpy caveat: “Not as individuals, but as groups, yes. I hate groups.” And Rohmer seems to share their sentiments, given how he focuses exclusively on the tête-à-têtes between characters, seemingly disinterested in capturing the class customs and social structures of the society they inhabit.

Gaspar is easily discouraged in matters of the heart (“Since no one loves me, I don’t love anyone,” he pouts), and as his relationship with Margot remains platonic, he strikes up a fling with an acquaintance of Margot’s, Solène (Gwenaëlle Simon), just before Léna arrives full of excuses and affection. When he has the opportunity to spend a brief seaside sojourn on the scenic island of Ouessant, the place takes on an almost mythic quality—the conceptual land where his perpetual equivocation will be reconciled. In the face of indecision, he must confront his constant searching for someone or something that can make him feel true to himself as well as others. Despite its googly-eyed missive to the power of romance fueling confidence and comfort, A Summer’s Tale is most salient when addressing the bonds of friendship, as when Gaspar tells Margot he’s deciding between going to Ouessant with Solène or Léna and she incredulously says, “Friendships are a gag, but trifles are serious?”

A Summer’s Tale’s linear structure and sense of observation is simple yet inspired. Intertitles delineate the start of each day (the film begins on Monday, July 17th and ends on Saturday, August 5th), evoking pages being ripped out of a well-worn journal. And instead of dubiously tip-toeing around his characters’ solipsism, Rohmer embraces their inward-looking mindsets, extrapolating emotions that are occasionally almost too rational to represent pure feelings. Which isn’t to say their interior selves are pedantically presented or explicitly overstated. Rohmer coyly and cleverly leaves their conundrums unresolved; they verbosely ramble about their feelings of loneliness, rejection, and fulfillment, but it’s the audience’s own experience that organically fills in the gaps of introspection and judgment.

In one scene, Gaspar shares with Solène a sea chanty he once wrote that was inspired by a traditional Seafarer’s song that on old sailor sang to him and Margot, and which revived his love of music. Gaspar plucks just a few strings on an old guitar as Solène beautifully sings the simple lyrics about a pirate’s daughter, and there appears to be a consummation of communication between the two, even when she pauses momentarily to state that her singing is a bit off-key. This minor, yet exceedingly tender, moment is most reflective of Rohmer’s elegant filmmaking style as a mode of seemingly improvised collaboration, and as a whole, A Summer’s Tale not only attests to his status as a master of perspective and characterization, but one with a keen eye for sun-drenched, luscious landscapes and all the fineries of human interaction that they rouse.