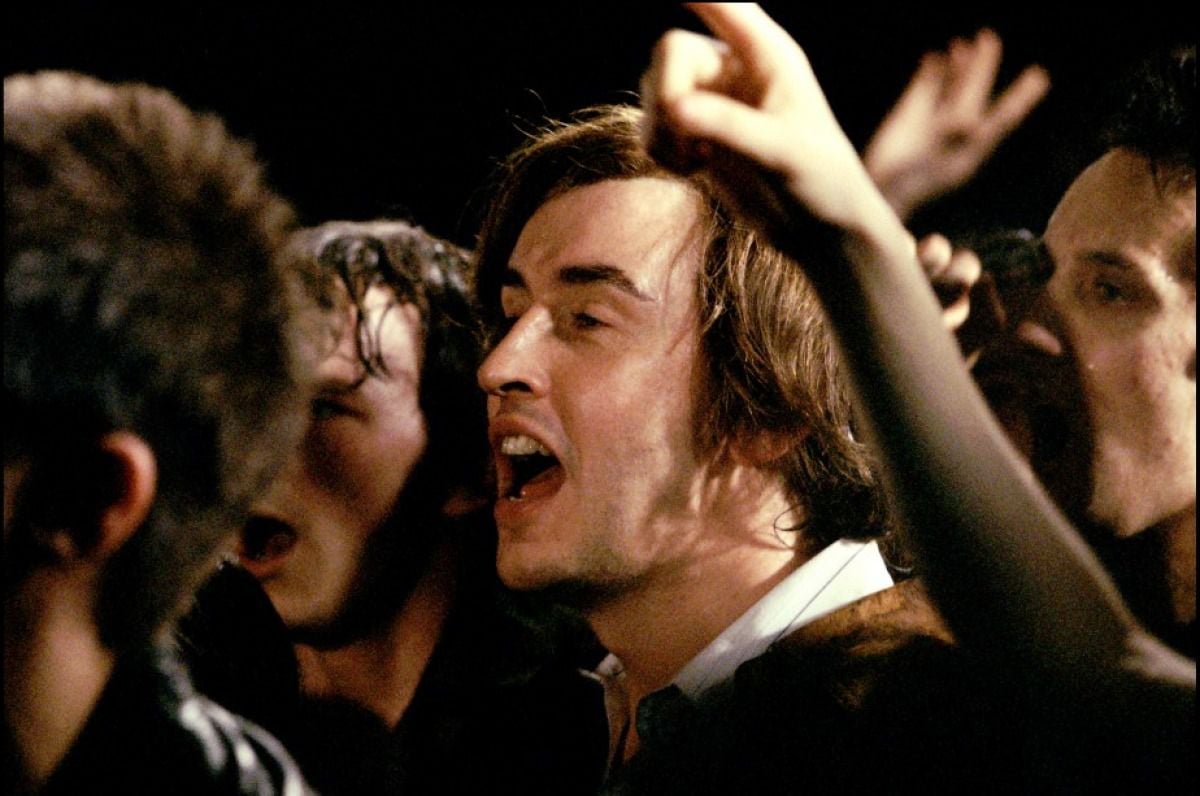 Factory Records, which was given the modus operandi by founder Tony Wilson (Steve Coogan) to never get in the way of the bands it distributed, is the unlikely focus of Michael Winterbottom’s 24 Hour Party People, a light and playful look at the Manchester music scene which spans from the punk explosion to the dawn of acid house. The film features an undeniably fizzy visual kick and strong supporting performances from Sean Harris as Joy Division’s tormented lead singer Ian Curtis and Andy Serkis (better known as Gollum from The Two Towers) as the excessive producer Martin Hannett. However, it’s been brought up (mostly by music journalists that were there at the time) that Winterbottom and screenwriter Frank Cottrell Boyce’s boisterous scenario white-washes the economic and social unrest that fostered the ethos of Joy Division and the Sex Pistols. But this doesn’t distract from the real focus of the film: the apologetic obsequiousness of naïve dreamer Tony Wilson. Coogan’s Wilson is portrayed here as a staunch postmodernist, to the point that he breaks the fourth wall in the first scene (he’s depicted hang gliding and subsequently crashing) to explain how he should be read symbolically as a harbinger of the Icarus tale to follow. Later on, he comments upon how many real members of the Manchester scene have shown up in the film in cameo roles, rewinding and freeze-framing to demonstrate. When he gets to Vini Reilly, whose scene has been cut from the film, he muses, “I’m sure it’ll be on the DVD.” (Befitting a postmodernist statement, it’s not.) It remains to be seen to what level postmodernism is successful when its presence is all but spelled out, but, as Wilson says in that first scene, “It doesn’t matter. But you should probably read more.” Which is probably sound advice for anyone wanting to get a good handle on the full story of the Manchester music scene and its relevance to the ennui of the late ‘70s and ‘80s.