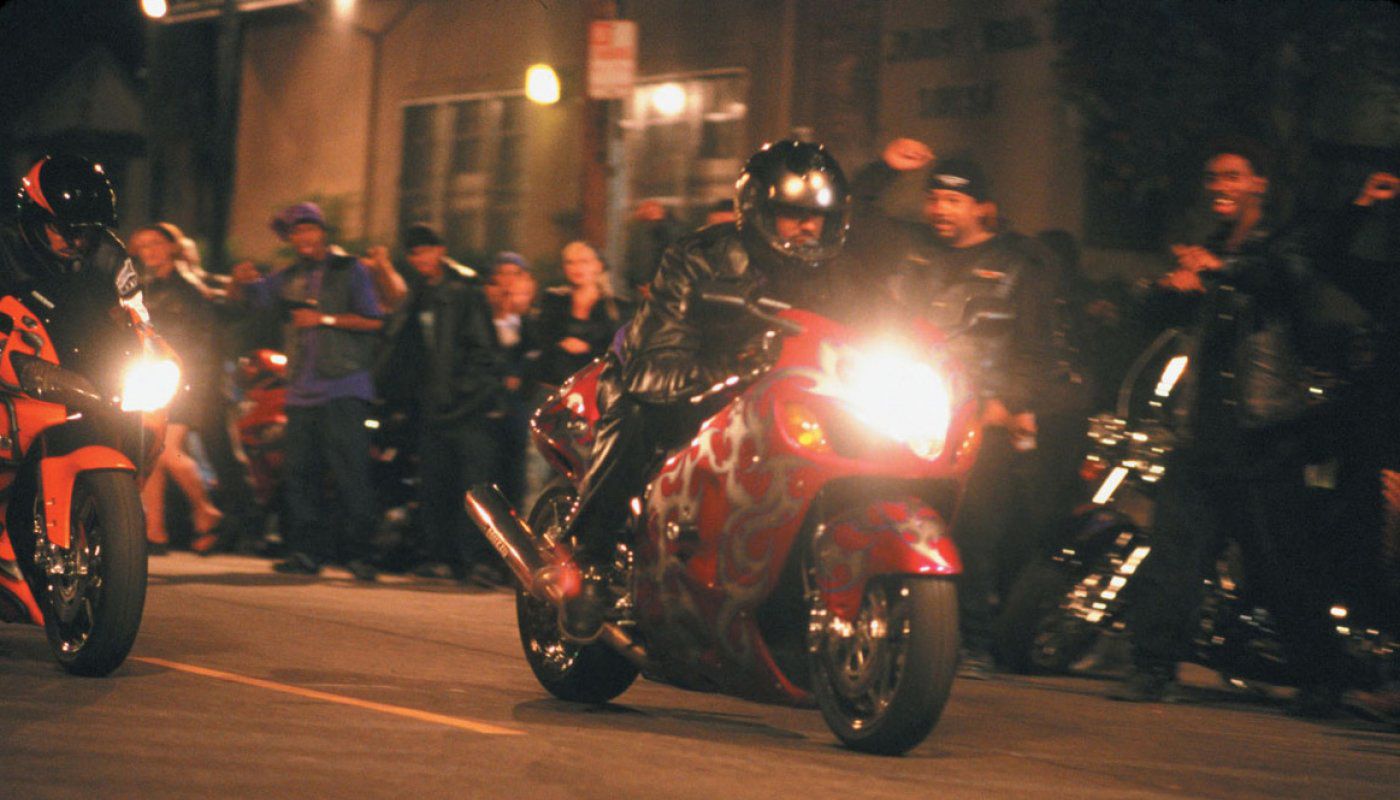 Reggie Rock Bythewood’s Biker Boyz opens with a roving camera spinning on its side, observing a tattoo on a curvy black girl’s thigh (“Can you ride this?”) before examining her buttocks as she walks by a line of motorcycles. Sadly, the rest of the film can’t live up to this delirious hoochie moment. Kid (Derek Luke) watches his father bite the dust in an unfortunate accident and decides to vent his anger on Smoke (Laurence Fishburne), the leader of a motorcycle gang called the Black Knights. Once Luke’s Biker Boy uses a ghetto bouquet to seduce Biker Tattoo Girl, he empowers himself by starting his own multicultural gang. When Kid’s PlayStation-loving mother (Vanessa Bell Calloway) spills the beans about the boy’s true father, he has more to negotiate than his pent-up rage. More inexplicable than the bizarre “tunnel vision” with which Smoke observes the roadways is Bythewood’s use of the same jerky camera crawl for the duration of the film. The cool stunts offer brief respites from the otherwise ugly mise-en-scène and soulless characters who are constantly paraded on screen. The film boringly unravels like Antwone Fisher On Wheels (or Rollerball sans skank factor) and is ultimately best savored as a reunion special between the cast of “The Cosby Show” and “A Different World.” (Lisa Bonet stars as Biker Window Dressing and Kadeem Hardison as Biker Cripple.) DreamWorks is touting the film as a “contemporary western,” but a “two-hour hip-hop video with stank soap-opera plot” is more like it.