“You want answers? I only have secrets.” So intones Al Pacino in The Recruit, and the hushed-up C.I.A. shocker he’s referring to must contain the reason why for every thrilling performance he now gives, he is obligated to provide an equally stale scenery-chewing routine so the delicate balance of the movie world is not thrown out of whack. Making up for last year’s superb work in Insomnia (any objections to forgetting Simone ever happened?) is his bored, let’s-grow-a-goatee-for-this-one appearance in Roger Donaldson’s monotonous thriller, in which he plays a veteran C.I.A. spook named Walter Burke who shows pretty-boy MIT hacker James Clayton (Colin Farrell) the ropes via the age-old mantra “Nothing is what it seems.” Actually, everything is what it seems in The Recruit. The derivative Spy Game plot, which has Burke shepherd Clayton through training on “The Farm” and then employ the tough but fallibly sentimental apprentice for a mission that involves a Langley mole and a computer virus derived from a Kurt Vonnegut novel, is dime-store Jerry Bruckheimer fantasia—a real C.I.A. agent would undoubtedly find it uproarious that anyone would take the bountiful double-crosses and outrageously earnest patriotic gibberish seriously. (The most honest line of dialogue in the film involves the observation that C.I.A. badges go a long way when picking up Republican girls, and indeed, this government-faithful tale is a movie only a Republican could truly love.) Why an actor of Pacino’s caliber would opt to take on such a lifeless script is a slightly more intriguing mystery, though at least it gives him a chance to run through obstinately weird bits about heavenly breakfast burritos and pissing like a racehorse every two hours. Farrell, though, is getting more inert with each passing role (maybe it’s his reliance on that torpid American accent), and he’s thoroughly upstaged by Bridget Moynahan as a foxy, no-nonsense trainee with whom he gets unwisely involved. Maybe the ice in her eyes promises something more than the movie’s three screenwriters could cook up, but there is the occasional passage that holds your attention rapt as if something interesting might be just around the corner. Alas, it is not to be. Apparently making a spy thriller that amounts to something more than James Bond clichés taken seriously is indeed mission: impossible. 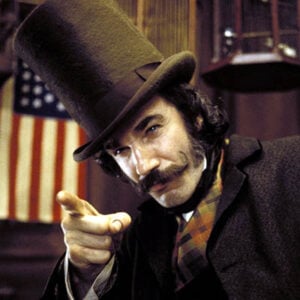