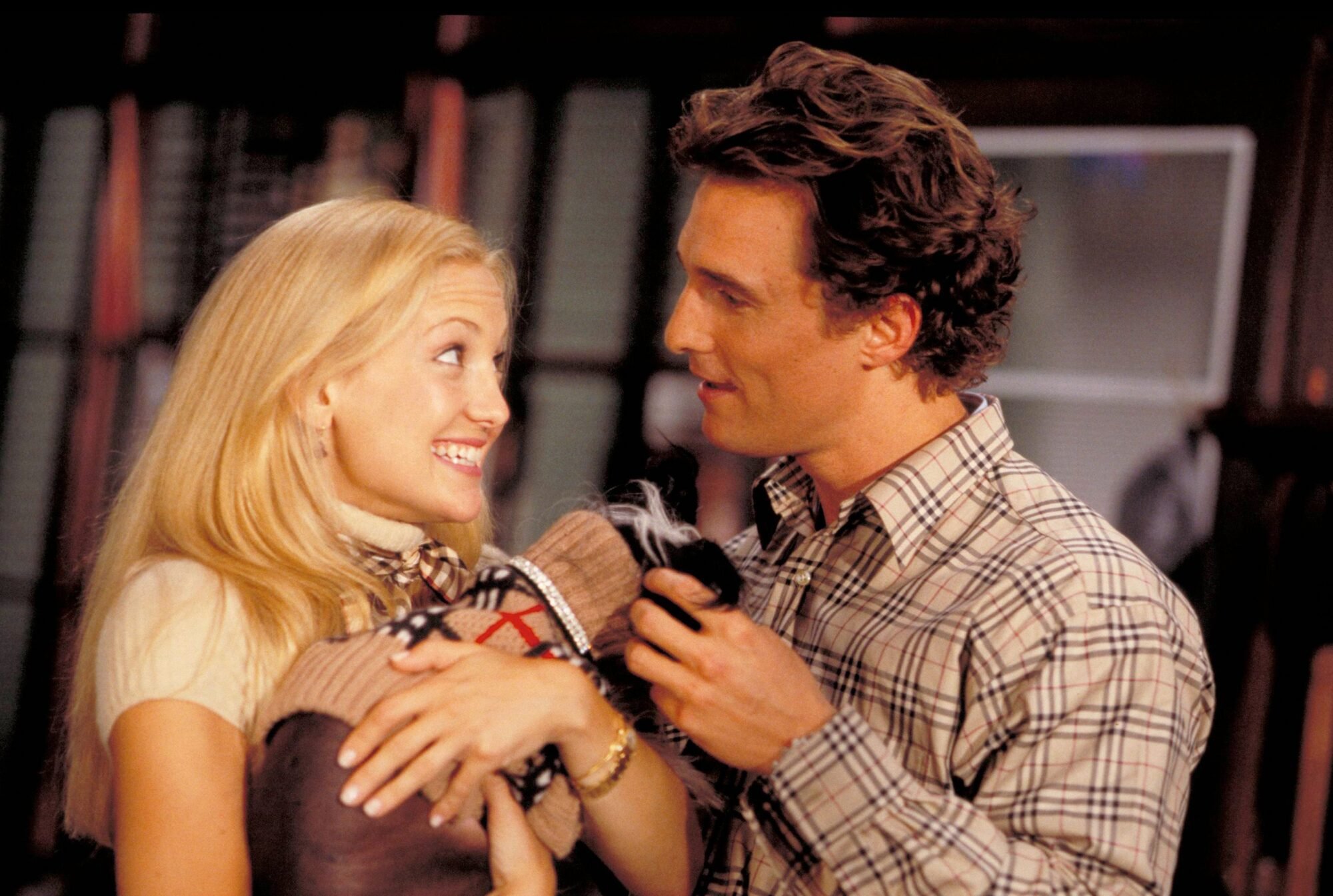 He’s an advertising exec who likes to take his clothes off in the office. She’s a journalist trying to keep her bearings living in a material world. When Andie Anderson (Kate Hudson) gets assigned a new how-to column by her boss at Composure (because women are apparently trying to keep “it”), she has to try and lose a man in 10 days using all the sad mistakes women have been making for the last two thousand years. Little does she know that Benjamin Barry (Matthew McConaughey) has a plan of his own: he needs to get her to fall in love with him in as many days in order to land a major diamond account. How to Lose a Guy in 10 Days begs one very obvious question from the start: why would a woman even need to research this kind of story when she already knows what it takes to lose a guy? Andie is a curious riddle, a Cosmo Girl who works for a sexist rag but longs to tackle serious issues like politics and religion. (The great Bebe Neuwrith is wasted in a role that could have really stuck it to the Anna Wintours of the world.) Andie calls herself a serious journalist but she can’t even fake a how-to column that writes itself. Note to aspiring journalists: if you’re working for The New Yorker, the legality of Laura Elena Harring’s breasts is not an appropriate pitch for your “Annals of Law” column. The filmmakers approach the magazine world as if the women who work for rags like Vogue and Harper’s are all ditzes. When working for Cosmopolitan, a friend and ex-colleague told me that the only way she kept her sanity was to write her stories as if they were Onion pieces: “How to Go Down on a Guy Without Smearing Your Make Up” or “How to Lose Weight for Your Lover but Make Him Think You’re Doing it for Yourself.” No one batted an eye because the line between reality and satire in the magazine world had apparently become a difficult one to distinguish. Forget the faux-feminist thinking these magazines deliberately hawk to their readers, sadder yet is the fact that women so easily buy into it. How to Lose a Guy in 10 Days is a relative failure but takes off slightly when it leaves the world of publishing behind and follows Hudson as she charmingly tries to ditch McConaughey. Sadly, though, the filmmakers are only concerned in hawking the same romantic misunderstandings seen on screen a million times before. There’s only so many times a person can see the same film (or read the same tired column) over and over yet filmmakers continue to wag the same rotten carrot before consumers because they’ve realized that audiences would rather have studios (not unlike magazines) doing their thinking for them. The only difference between How to Lose a Guy in 10 Days and Maid in Manhattan, are the font sizes and color schemes. Embrace self-help, reject this movie.