Oliver Stone returns this weekend with Savages, a nasty crime thriller based on Don Winslow’s drug-cartel novel. The dictionary defines “savage” as “an uncivilized human being,” “a fierce, brutal, or cruel person,” and “a rude, boorish person.” In other words, it covers just about every villain who’s ever graced the screen. To whip up a list of 15, we set our sights on vicious characters as fierce as they are remarkably uncouth. There are no classy rogues here, folks. These are teeth-gnashing, eardrum-piercing, elbows-on-the-table types, and from a child murderer to a furry monster to two more Stone creations, they comprise a choice selection of scoundrels. 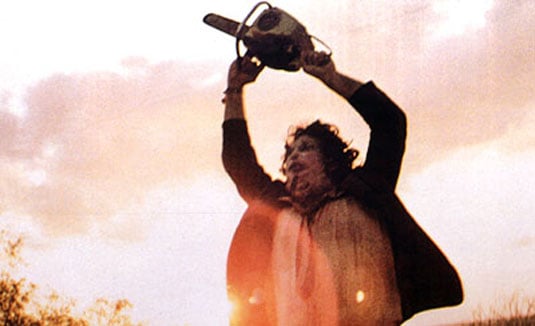 Gunnar Hansen carved himself a permanent place in horror-film history when he agreed to don the stitched-skin mask of Leatherface, a teenager-killing backwoods terror who made happy housewives everywhere dread the sounds of their landscapers. But don’t blame Leatherface for his savagery—if you were raised by a bunch of inbred loons, you’d go on a mad, chainsaw-wielding rampage, too, right? 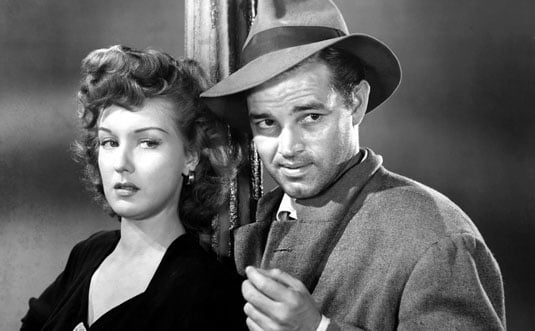 There are few downward spirals as miserable as that of Tom Neal’s ex-pianist, Al, in Edgar G. Ulmer’s Detour. Hitchhiking to Hollywood, he accidentally kills his driver and assumes the driver’s identity, only to catch up with another hitchhiker (Ann Savage) and unwittingly off her as well (the film ends with his arrest). To boot, Neal’s real life also followed a grimy downward slope: he shot and killed his third wife, went to prison for six years, and died of heart failure shortly thereafter. 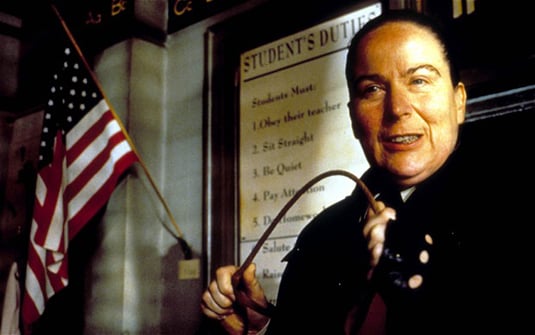 Have you ever seen a young girl hurled across the playground after being swung around by her pigtails? Or seen a fat kid forced to eat a chocolate cake the size of a tractor tire? Matilda (Mara Wilson) has, all thanks to Agatha Trunchbull (Pam Ferris), the cruelest school principal to ever trudge across Earth’s surface. Prone to disciplining children as if they were mere lawn darts, this human refrigerator is one greasy, grotesque beast, whose comeuppance is deeply satisfying. 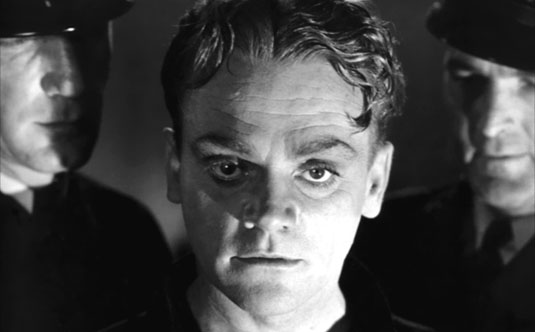 The central baddie in Michael Curtiz’s early gangster classic, James Cagney’s Rocky might have gone the way of Jerry (Pat O’Brien), becoming the town priest instead of an infamous thug. But them’s the breaks, and Rocky ain’t afraid of getting his hands dirty, teaming up with toughs played by Humphrey Bogart and George Bancroft before killing them to protect his God-serving friend. Redemption comes to Rocky, who opts to go down sniveling, but not without the greatest price: his life. 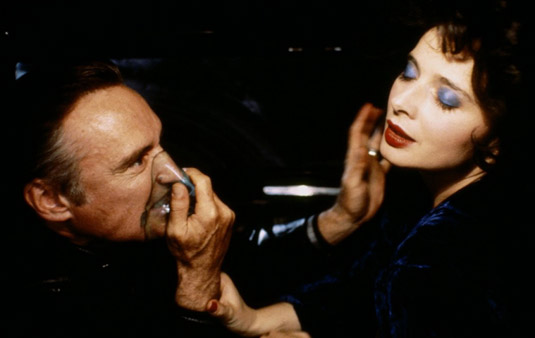 Check out Blue Velvet, and odds are your visits to the dentist will never be the same. Dennis Hopper’s Frank Booth, a gas-mask wearing, dry-humping, PBR-drinking psycho, is a most indelible villain, his freaky brand of intoxicated pleasure too weird to have been concocted by anyone but David Lynch. Not savage enough? Just watch him curse up a storm while unleashing his sadomasochism on an enabling Isabella Rossellini. It’s twisted stuff.

The apple doesn’t fall far from the tree in the Chaney family, as Lon Chaney Jr. followed in the footsteps of his father, the original Phantom of the Opera, to become The Wolf Man in Universal’s iconic howl-at-the-moon thriller. Transformed while attempting to rescue his sweetheart’s friend, Larry Talbot (Chaney Jr.) begins a tragic descent, killing at night as a merciless beast and eventually meeting his end at the hands of his father (Claude Rains). It’s hard out there for a werewolf. 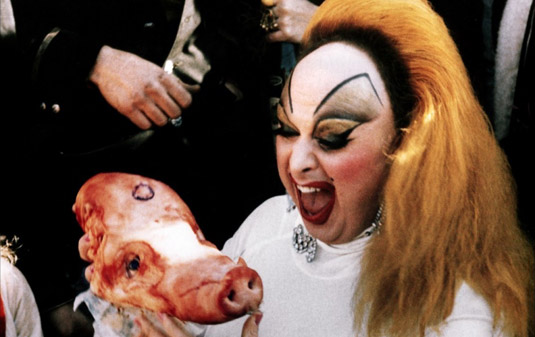 Dubbed “the filthiest person alive” by a tabloid, Divine, aka Babs Johnson, has to fight to defend her title against the rivalrous Marbles, whose unspeakable acts ruffle Divine’s feathers. Her retaliations? Oh, you know: hacking up cops to be fed to party guests, licking every surface of the Marbles’ home, conducting a live homicide, and literally eating dog shit. If this list were ranked, Mama would have a fine shot at first place. 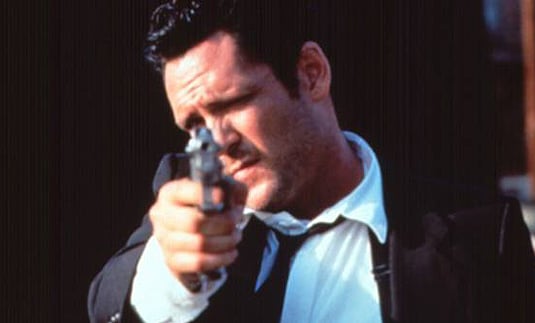 “Are you gonna bark all day, little doggy, or are you gonna bite?” So go the immortal words of Michael Madsen’s Mr. Blonde, who slashes a helpless cop’s face and severs his ear, all to the tune of the Stealer’s Wheel track, “Stuck in the Middle With You.” Ruthlessly and scarily barbaric, Blonde proceeds to douse the cop in gasoline, with every intention of lighting him on fire. Luckily, Tim Roth’s Mr. Orange, an undercover cop, intercedes, shooting Blonde in one of Tarantino’s most memorable scenes. 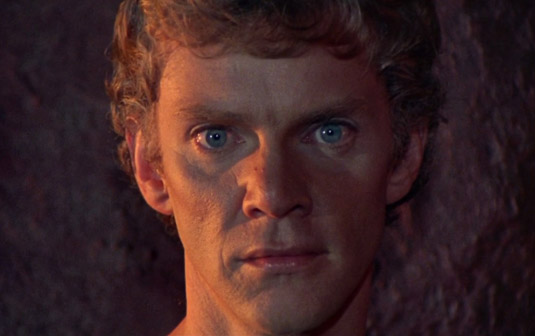 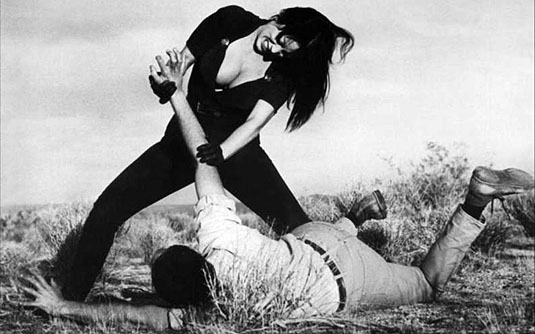 A film ardently championed by two of this list’s auteurs, John Waters and Quentin Tarantino, Faster, Pussycat! Kill! Kill! made a cult goddess out of Tura Satana, the busty leader of a trio of go-go dancers who find a young couple in the desert and, for kicks, kill the boyfriend before taking the girlfriend hostage. Without a moral bone in her buxom body, Satana’s Varla proceeds to hatch a plan to rob an old man, who happens to be crippled. Miles away from tame, Russ Meyer’s unflinching flick birthed one wild antiheroine. 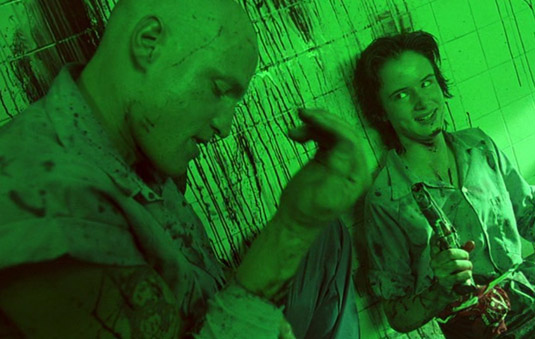 Before Savages, Oliver Stone gave the world Natural Born Killers, a zeitgeist-conscious, modern-day Bonnie-and-Clyde tale that starred Woody Harrelson and Juliette Lewis as Mickey and Mallory, serial killers whose crime spree coincided with fame and a fan following. Dubbed prophetic for its reality-TV themes, the movie is boosted greatly by its lead stars’ performances, which ignite the low-life vitality of a pair of murderous lovers, who claim more than 52 lives with vicous abandon. 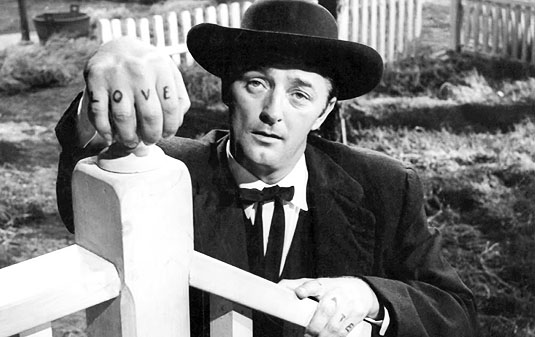 Robert Mitchum in Night of the Hunter (1955)

As Reverend Harry Powell, Robert Mitchum rocks some of the most famous tattoos in cinema, his knuckles bearing the letters that eventually spell out “LOVE” and “HATE.” Powell is a formidable brute and a part-time serial killer who, in Charles Laughton’s beautifully photographed (and, surprisingly, only) film, terrorizes Shelley Winters’s troubled widow and a pair of innocent kids in the pursuit of stolen cash. Hate the character, but love the performance. 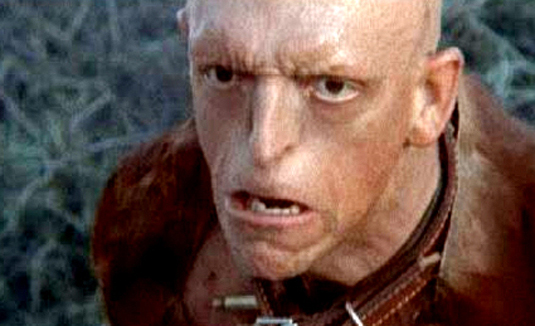 Michael Berryman in The Hills Have Eyes (1977)

Typically hired for his rare birth defects (which prevent from growing hair, growing fingernails, or sweating), cult icon Michael Berryman is the most memorable figure in Wes Craven’s The Hills Have Eyes, a horror film no shabby remake could tarnish. Berryman plays Pluto, a savage disciple of hill-people master Papa Jupiter (James Whitworth), and a creep whose rape of a female character is among the dastardly deeds that got him invited back for Craven’s much-derided sequel. 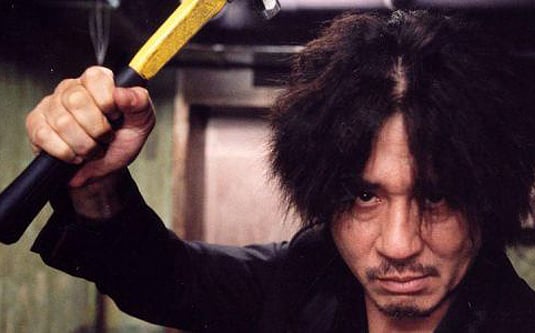 Park Chan-wook’s critical favorite is about to get remade by Spike Lee, but it’s hard to imagine rumored star Josh Brolin out-badassing Choi Min-sik’s Oh Dae-su, whose roaring rampage of vengeance is already legendary among cinephiles after less than a decade. Crushed by the murder of his wife, the removal of his daughter, and his own kidnapping, Dae-su, who’s been framed for the crimes, begins taking control of his destiny, and getting medieval with a hammer, among other things. And yet, that’s nothing compared to his meal of choice: a live octopus that Min-sik actually ate. 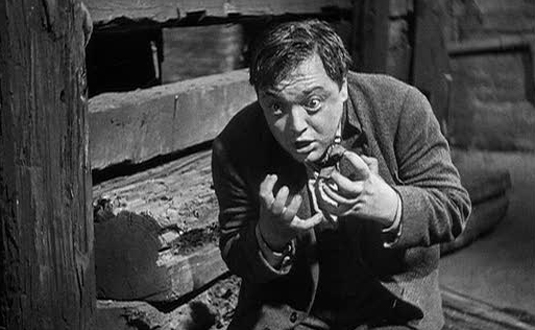 As crooked as they come, Peter Lorre’s crazed child killer in Fritz Lang’s stark masterpiece is almost pitifully perverse, his final manifesto in a heated kangaroo court ending in a tirade about the “voices” in his head. Quite literally a marked man, Lorre’s Hans Beckert launched the character actor’s career, and in effect, the careers of many character actors to follow. In addition, without Beckert, many of our modern savages may not have emerged, namely Freddy Krueger, another kiddie murderer brought to justice by barbaric parents.