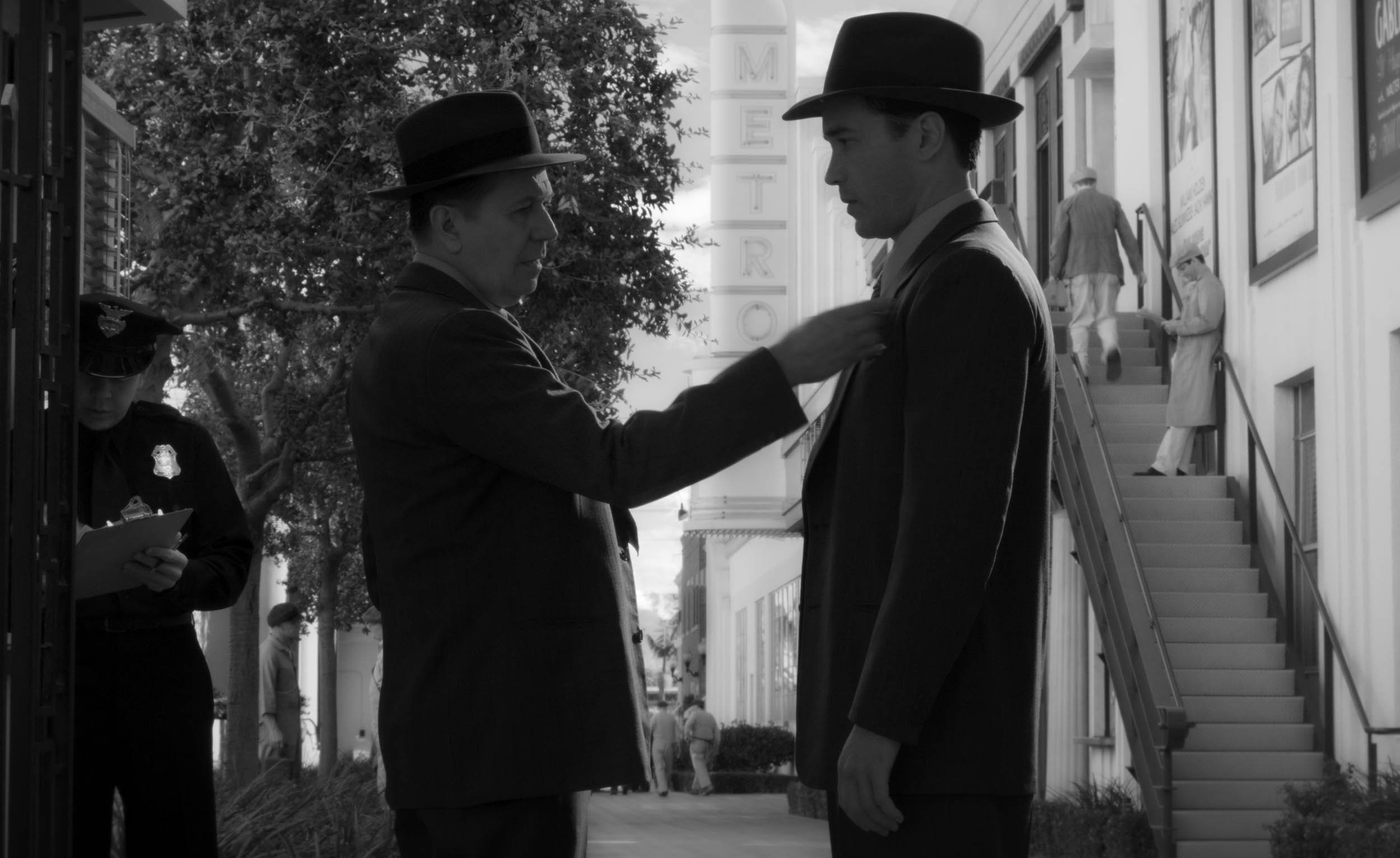 The controversy of authorship that continues to engulf Orson Welles’s Citizen Kane hinges on whether or not Herman J. Mankiewicz deserves primary credit for the film’s sensibility. Such insistence rests on the naïve notion that screenplays are pearls that remain unchanged and uninfluenced by other craftspeople throughout a film’s production. Mankiewicz’s acerbic wit is very alive in Citizen Kane, but so is Welles’s beautiful brio—his formal flourishes and innate instinct for lacing a punchline with ironic tragedy. These two elements combust, in fact, to yield a film that suggests a link between the fast-paced, no-bullshit American newspaper comedies of the 1930s, many of which Mankiewicz worked on, and the German expressionism of the 1920s, among other things. This irresistible union brokered a new idea of the American auteur.

David Fincher’s Mank opens in 1940 with Mankiewicz (Gary Oldman) en route to a ranch in Victorville, northeast of Los Angeles. This idle has been arranged for Mank by Welles (Tom Burke) so that the former may recover from a broken leg, as well as, more pressingly, dry out from booze so as to knock out a draft of a project called American in three months, which is to be Welles’s cinematic debut after blazing a glorious trail in the worlds of theater and radio. Riffing on the flashback structure of Citizen Kane, Fincher jumps around in time throughout the ‘30s, as Mank alienates himself from Hollywood and its true, subterranean source of power, which is represented by publishing giant William Randolph Hearst (Charles Dance).

With his sharp tongue and profound alcoholism, Mank gradually works his way toward a fate of sitting in a cabin, ailing, essentially alone, penning a screenplay that’s probably intended as a form of revenge against those who rejected him over the years, while also serving as a Proustian expression of longing over lost days and unrealized promises. In real life, the script would be retitled, stripped down, haggled over and shot—transformed into a film that would be viciously contended with, hailed as a classic, and debated endlessly throughout the epochs of time. For cinephiles, Mank may rekindle such a debate. Chuck Bowen

On the occasion of Mank’s release, here’s a ranking of every Fincher feature film, from worst to best. 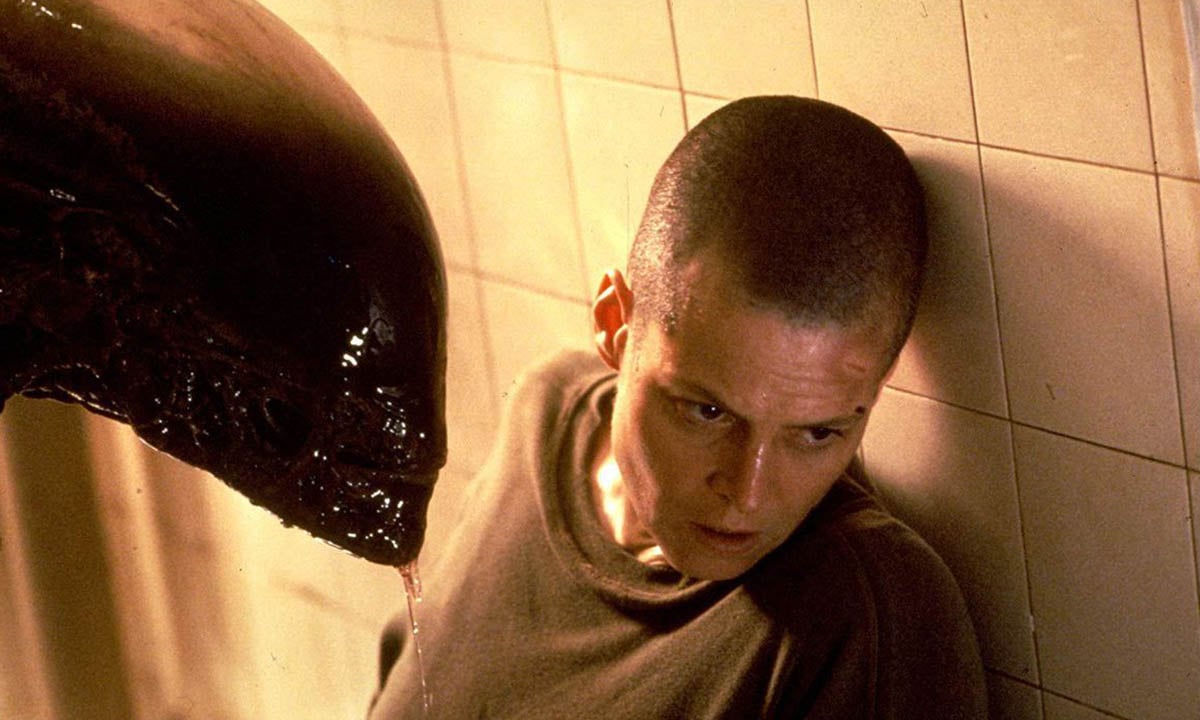 Alien³ may be the only film ever made to peak with its logo. As the 20th Century Fox fanfare crescendos over the studio’s familiar logo, the music holds on the minor chord before the usual last note, replacing jubilant bombast with a dissonant groan of strings. The alteration produces an immediate sense of discomfort and unease, setting the tone for something ominous and fearsome. It’s an ingenious shot across the bow from Fincher, ushering in a feature career dotted with immaculately ordered, carefully scored works of blockbuster entertainment that veered from audience-pleasing major keys to their grim underbellies. The perversion of the Fox theme epitomizes a succinct grasp of horror that only occasionally surfaces in the film proper. Too often, Alien³ shows its seams, whether in its thematic arc or the design of the xenomorph, and at not even two hours it still feels weighed down by unnecessary exposition and padded suspense scenes. Jake Cole 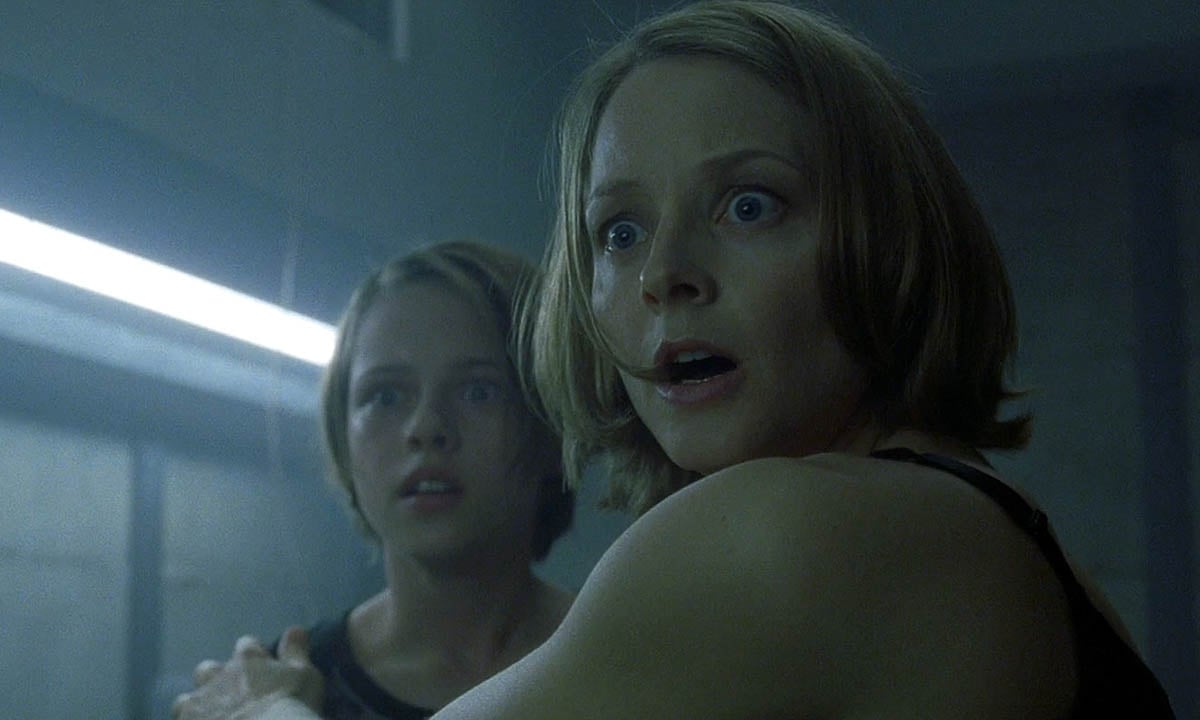 In one way or another, Se7en, The Game, Fight Club, and Panic Room are all about the same things: confrontations between classes in capitalistic society; the extreme measures necessary to jolt people out of complacency; the ways in which class distinctions suppress the natural instincts and morality of citizens. The most style-forward of these films, Panic Room is a violent ballet between a representative of the upper class (Jodie Foster) and the representatives of the lower classes. There’s a formalist sensibility in Fincher that often shows itself even in small or seemingly unimportant moments. But in Panic Room, his love for objects and abstract composition takes over the film, sacrificing too much of the characterization and narrative drive that have propelled his more successful work. Still, his fluid camerawork, augmented by computer tricks, is wondrous to behold, for the way it gives the impression of flowing through anything in the camera’s path, peeking inside to see how objects are assembled and how things are laid out. Ed Howard 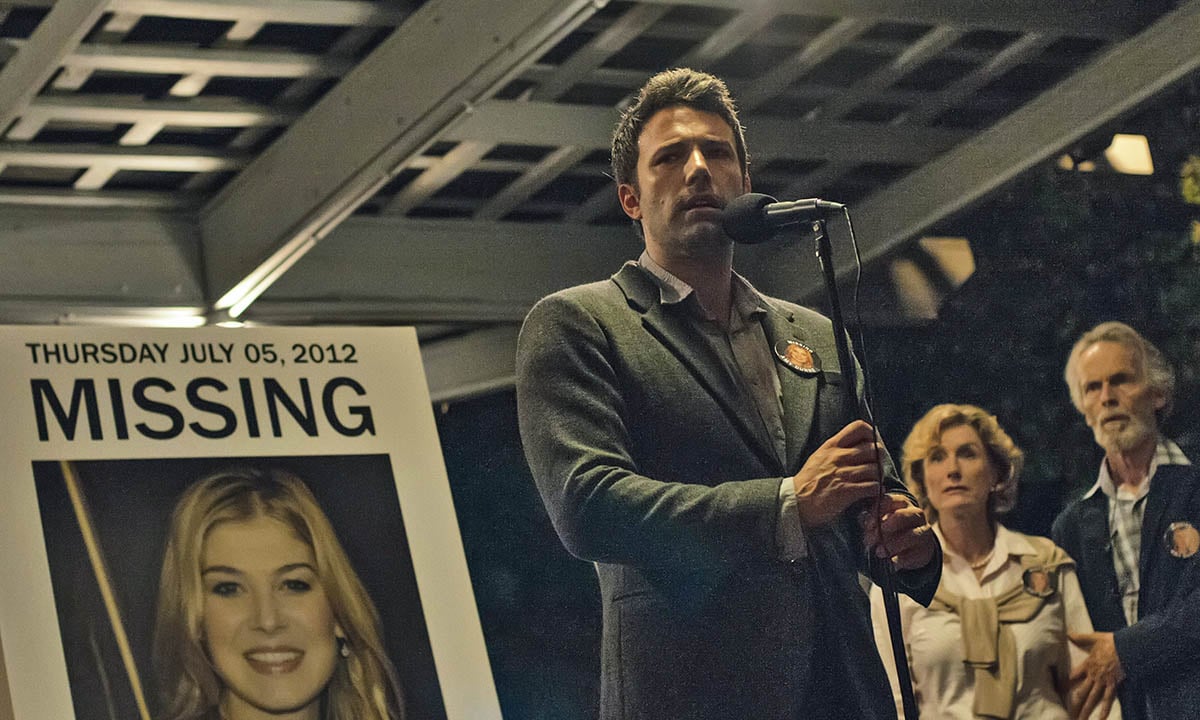 The sea-sawing motions of the novel’s he-said-she-said structure, which so cunningly toys with our expectations of narrative and relationships, clearly appealed to Fincher, whose art has always been devoted to the enigma of personality and memory. But he catalogues the events of the novel with an elegant brusqueness that feels wiped clean of potential resonances, like the kitchen floor where Amy (Rosamund Pike) lost copious amounts of blood. Fincher’s detachment is fitting here only insofar as he’s dealing with characters who are always on guard. But there’s detachment, and then there’s disinterest. In flashbacks that punctuate the film, Amy is scrutinized with a transparency that’s laughable. Woe is Amy, a practically brick-to-the-head example of Freud’s concept of the uncanny, and woe is Nick (Ben Affleck), the prototypical nebbish who’s unlucky to have gotten caught in her crosshairs. Or any woman’s crosshairs, for that matter, which is consistent with the book’s vision of Nick being incessantly victimized by the other sex, women who are depicted only as shrill, lecherous, petty, or conniving. There’s a comic streak to the film that suggests Fincher may understand the material as trash, but it’s the kind of affectation that only reinforces, rather than dulls, its insults. Ed Gonzalez 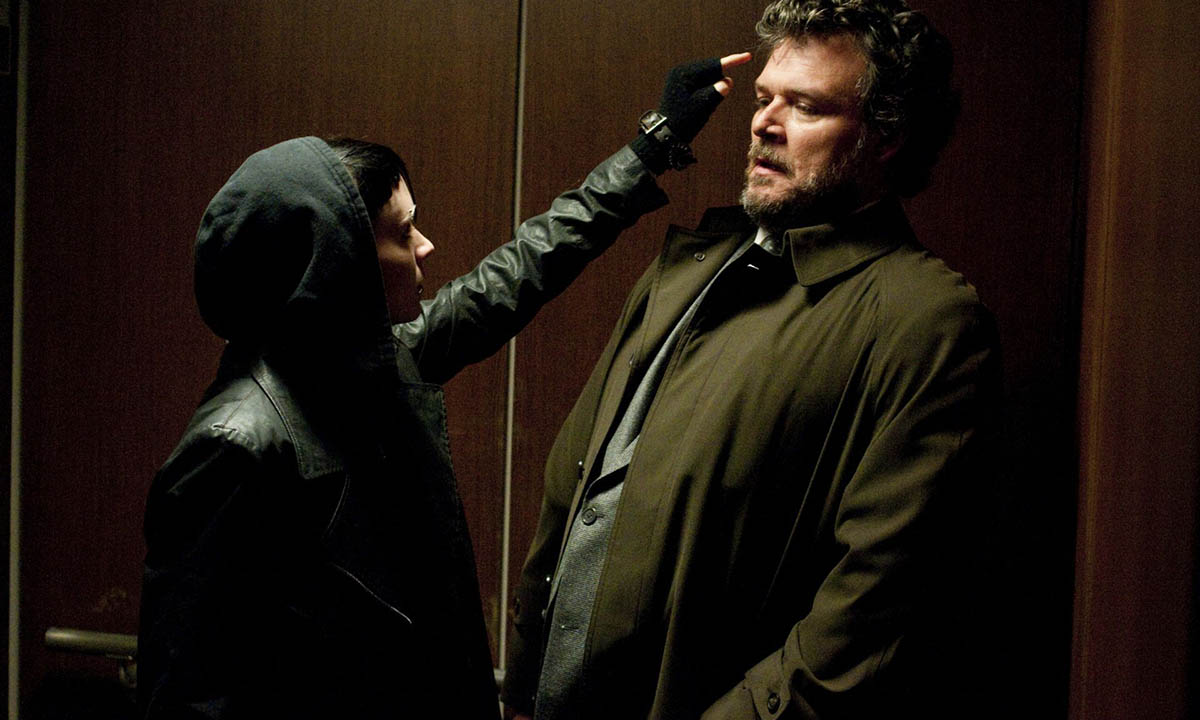 While Fincher’s deliberate, rather perceptible “reimaginings, compressions and reductions” of the novel’s lurid, soap-operatic plot, which is rife with the familiar intrigue of your average mass market paperback (rape, incest, serial murder, Nazis, and a shitload of clue-solving), can’t elevate trash to art, they do give one the impression of attending the most handsome funeral procession ever mounted—which is, in the end, better than feeling like you’re the corpse lying inside the coffin. If Lisbeth’s goth armature feels less like a stunt this time around, it’s because Rooney Mara understands it as such, a calculated bit of theater that the character is only committed to in the abstract; it’s a purposeful exaggeration meant to deliberately alienate the world. Of course, that Lisbeth, in the end, is at her most vulnerable when pining for Mikael may flesh her out as a character, but it also confirms that Dragon Tattoo, in all its incarnations, is really nothing more than the story of girls running to and from their daddies, and no matter how you dress it up, it’s inherently retrograde. Gonzalez

Fincher would seem an unlikely choice to helm The Curious Case of Benjamin Button, an era-spanning epic whose sweeping, poignant romance doesn’t seem a natural fit for a digital-era auteur whose films are generally typified by cool, sleek, exacting meticulousness. And yet that measured, distant disposition is, in fact, what prevents his latest from sliding into the mawkishness for which it so often seems destined. As written by Eric Roth, the saga (adapted—and, more fundamentally, expanded—from an F. Scott Fitzgerald short story) is in many ways a kindred spirit to the screenwriter’s Forrest Gump, in that its center is an especially unique individual whose life, and unflagging amour for a beauty he can only temporarily be with, plays out against the backdrop of 20th-century America. However, whereas Roth’s prior, Robert Zemeckis-helmed Oscar darling was as mushy as a box of chocolates melted by the midday sun, Fincher’s is a far more reserved portrait of everlasting love, a work whose aspirations for grandeur are, more often than not, mitigated by a controlled aesthetic and emotional rigor that situates the film in a comfortable—if nonetheless sometimes problematic—middle ground between the sentimental and the standoffish. Nick Schager 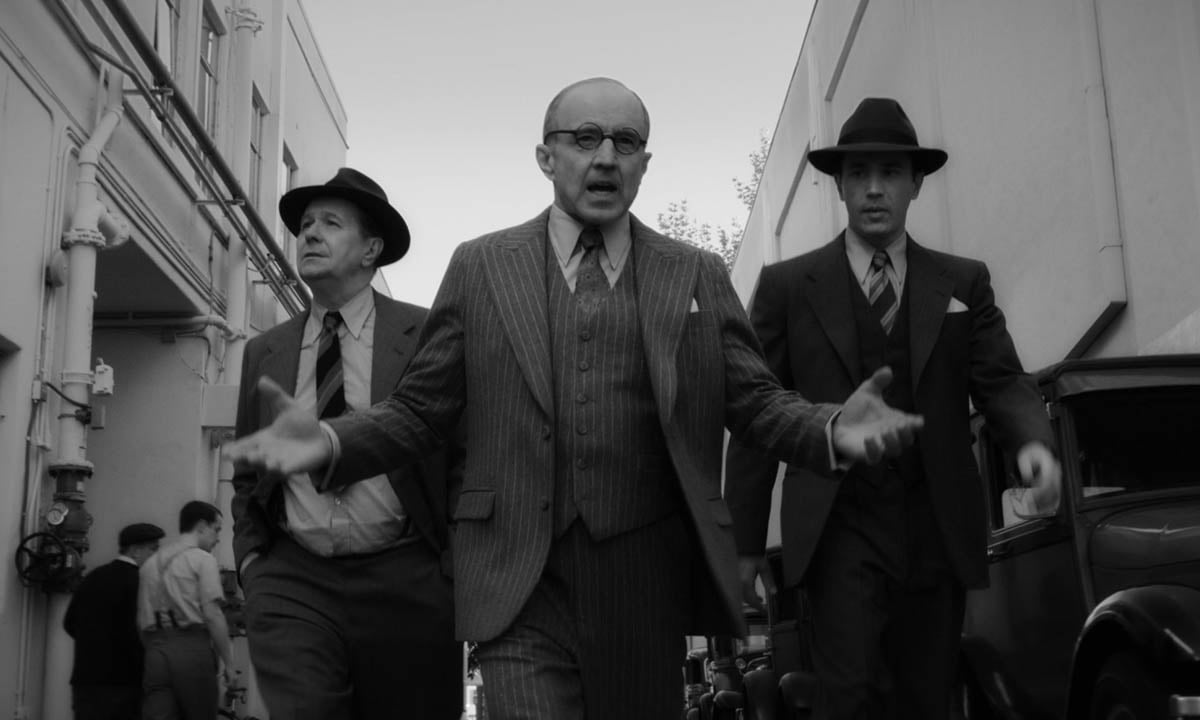 As he was in The Social Network, Fincher is conscious throughout Mank of the explanatory clichés of the biopic and avoids them. Penned by his late father, Jack Fincher, the film abounds in barely articulated cross-associations that suggest a bygone society driven by an infrastructure of unknowable vastness. And the opportunity to conjure such a labyrinthine and increasingly sinister impression of community is what excites Fincher throughout. Like many of his other films, especially Fight Club, Zodiac, and The Social Network, Mank is a parable on the limits of control, fashioned with rueful self-awareness by one of Hollywood’s most famous contemporary control freaks. As a cartoonist had to live with his inability to crack the riddle of the Zodiac killer, Herman Mankiewicz (Gary Oldman) must live with an existence, fashioned in part by his own self-loathing and lack of discipline, in which he’s to ineffectually bear witness to the flexing of American corruption as represented by an intersection between the press, Hollywood, and the government. Such a theme also very consciously aligns Mank with the “fallen, not-quite-great man” themes of Citizen Kane. Bowen

Review: Wander Darkly Is an Unwieldy Romance Barely Grounded by Its Star Turns

Review: Steven Soderbergh’s Let Them All Talk Is an Exhilarating Comedy of Regret