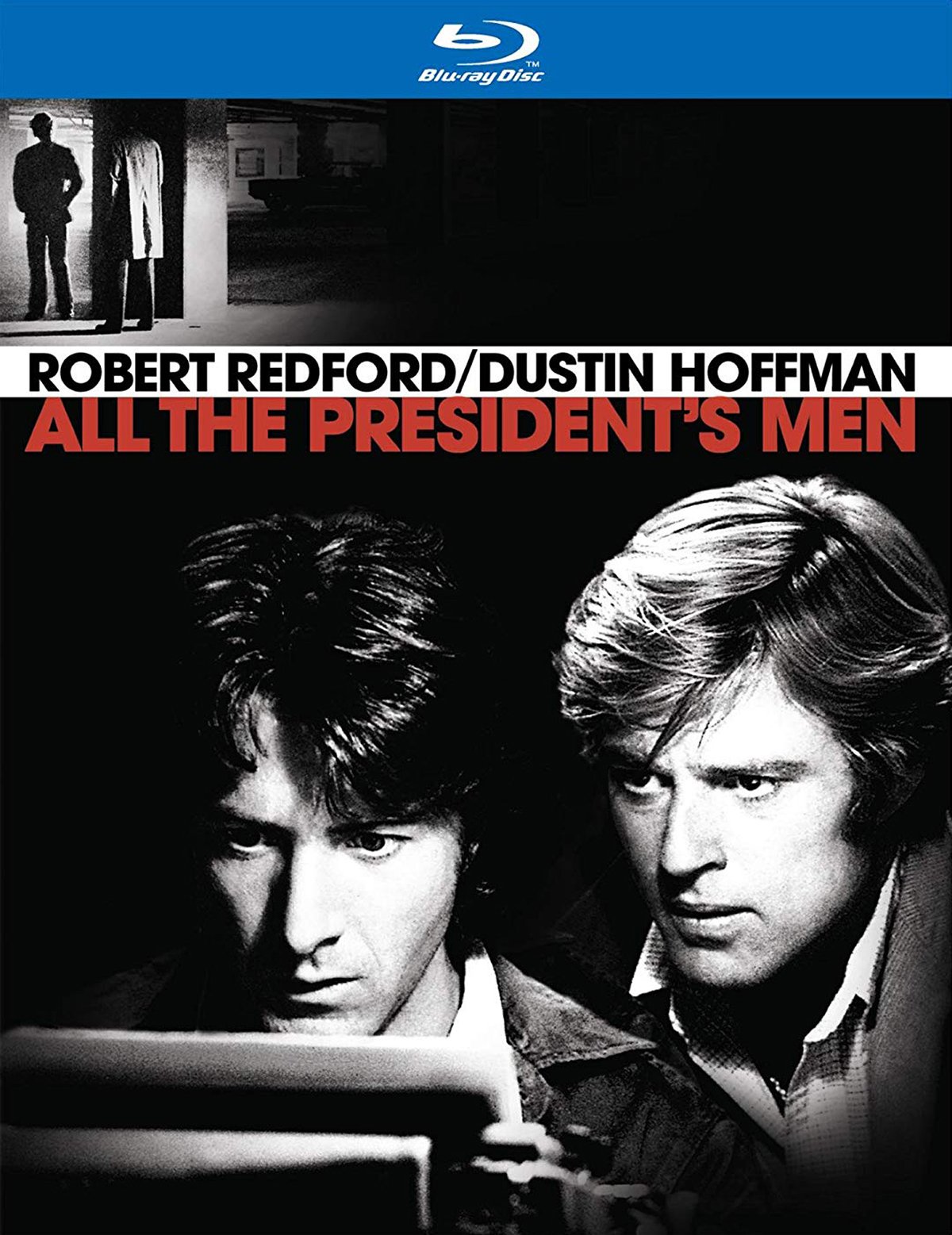 Based solely on All the President’s Men’s refusal to sensationalize its subject matter, it’s hard to gauge just how earthshaking an event the Watergate scandal was in reality. Recognizing the inherent suspense already detailed within Washington Post journalists Bob Woodward and Carl Bernstein’s two-year investigation, director Alan J. Pakula employs a cool narrative and technical restraint that intentionally underplays the enormity of the central conspiracy and eludes any histrionic moralizing the story seems so vulnerable of portraying.

The film is a rare case of a historical film not looking back on its source through the legacy it may have developed over time (usually peppered with winking irony), but is presented straight, immersed in the present of the period depicted where the prospect of Nixon resigning is all but preposterous. All the President’s Men is thus established as a quasi-detective lark defined by the banality of note-taking and working the phones before paranoia creeps in. Through this paranoia Pakula implies to thrilling effect that the feeling is a stimulant to compel the lead reporters to only dig further rather than oppress or condition them. The film then soon becomes about Robert Redford’s Woodward and Dustin Hoffman’s Bernstein against a swiftly changing world.

The opening quickly prepares the audience for the political unrest about to be exposed: An extended silence is disrupted by the explosive gunshot-like sounds of a typewriter slamming the date on the screen, a heightened sound effect suggestive of the many political careers that would be killed in the wake of the Washington Post’s reporting. The gripping kickoff is but one contrasting element in a film built on contradictions: the harshly lit Washington Post newsroom and the murky darkness of D.C. streets and Watergate corridors; the enclosed mess of Woodward’s cluttered apartment and the wide-open spaces of the parking garage where Deep Throat awaits; Redford’s straight-laced Republican WASP paired with Hoffman’s scrappy liberal Jew; and the very nature of chasing leads, where sources are frequently inconsistent or flat-out lie. These contradictions imbue a subliminal feeling that certain discrepancies are not just common, but expected, and they add to the psychological dimensions of Woodward and Bernstein’s doggedness over uncovering the blossoming conspiracy. The impression is further elevated by Pakula’s deliberately paced dramatization of the investigation, which insists on including every drawn-out discussion of notes or interviews.

Pakula’s more than deft hand at creating and manipulating atmosphere works in concert with Gordon Willis’s pristine photography. Visually hypnotic, Willis’s chiaroscuro lighting is reminiscent of classic Hollywood noirs, but this starkness is most evocative of a subversive variation on an Edward Hopper panorama. Pakula’s compositions are even painterly in their appearance, where certain long static shots showcase hardly mobile characters surrounded by vast negative space. The overall tranquility this creates is frequently broken by abrupt gestures or dialogue, as if Pakula means to emphasize the (perceived) stability of the federal government threatened by Woodward and Bernstein’s agents of change.

All the President’s Men was released less than two years after Nixon resigned (and in America’s bicentennial year, no less), and there are moments in the film that seem all too aware of the scandal’s outcome by evincing a flagrant self-congratulatory spirit. And yet they are few and far between; Pakula is wise enough to offer an intriguing flipside to these scenes when Washington Post editor Ben Bradlee (Jason Robards) tells Woodward and Bernstein a sobering statistic to Woodward and Bernstein toward the end of the film. Referring to a recent Gallup poll, Bradlee mentions how a surprising amount of the country hasn’t even heard of Watergate, which proposes an alternative denouement where the reporting may have gone all for naught and the story never catches on. While this is the first time we get even a passing reference to the general public, Nixon and his cronies are similarly kept in the periphery; the president is just a name in the newspaper, a phantom flickering on a television screen. All the President’s Men’s masterstroke is how it rejects mythologizing the pivotal history behind it, appropriately forgoing a climax by closing on a simple telex furiously relaying messages. The film doesn’t present two underdogs bringing down a president; it’s two reporters doing business as usual.

The highlight of this crisp video transfer is the contemporary footage’s effectively balanced color palette, though some instances of combing are visible. The grain on the archive footage reveals an expected level of grain that can be distracting, and there are some black levels that skew too dark, particularly during the film’s nighttime sequences. Otherwise, the cleanness of Warner’s 1080p upgrade does right by Gordon Willis’s stunning photography. The DTS-HD 2.0 Master Audio surround sound is notable for stabilizing the chaotic newsroom noises so dialogue (and the tommy-gun rapport of the typewriters) is clear and up front.

The new Blu-ray package lifts extras from the DVD re-release from nearly a decade ago, with the only new supplement being the feature-length “All the President’s Men Revisited.” The documentary, which originally aired on television, is a fascinating account of not only the Watergate investigation, but the making of the film as well, and is highlighted by its exhaustive research and bizarre archival footage of Nixon. Robert Redford is both informative and charming in his commentary track, where he chronicles the making of the film in great detail (it was a pet project of his from way back in 1972 when the Watergate break-in occurred) and offers his own personal thoughts on the legacy of the film and the events it depicts. The three featurettes spend a bit too much time talking up that legacy, though the piece on Deep Throat is admittedly captivating even though it’s already explained in the “Revisited” doc. Rounding out the set are vintage clips of a making-of featurette and Jason Robards interview, and a trailer.

A subversive detective story, the atmospheric All the President’s Men is proven more so in Warner’s beautiful upgrade, where intrigue and paranoia crackle in every pristine 1080p frame.