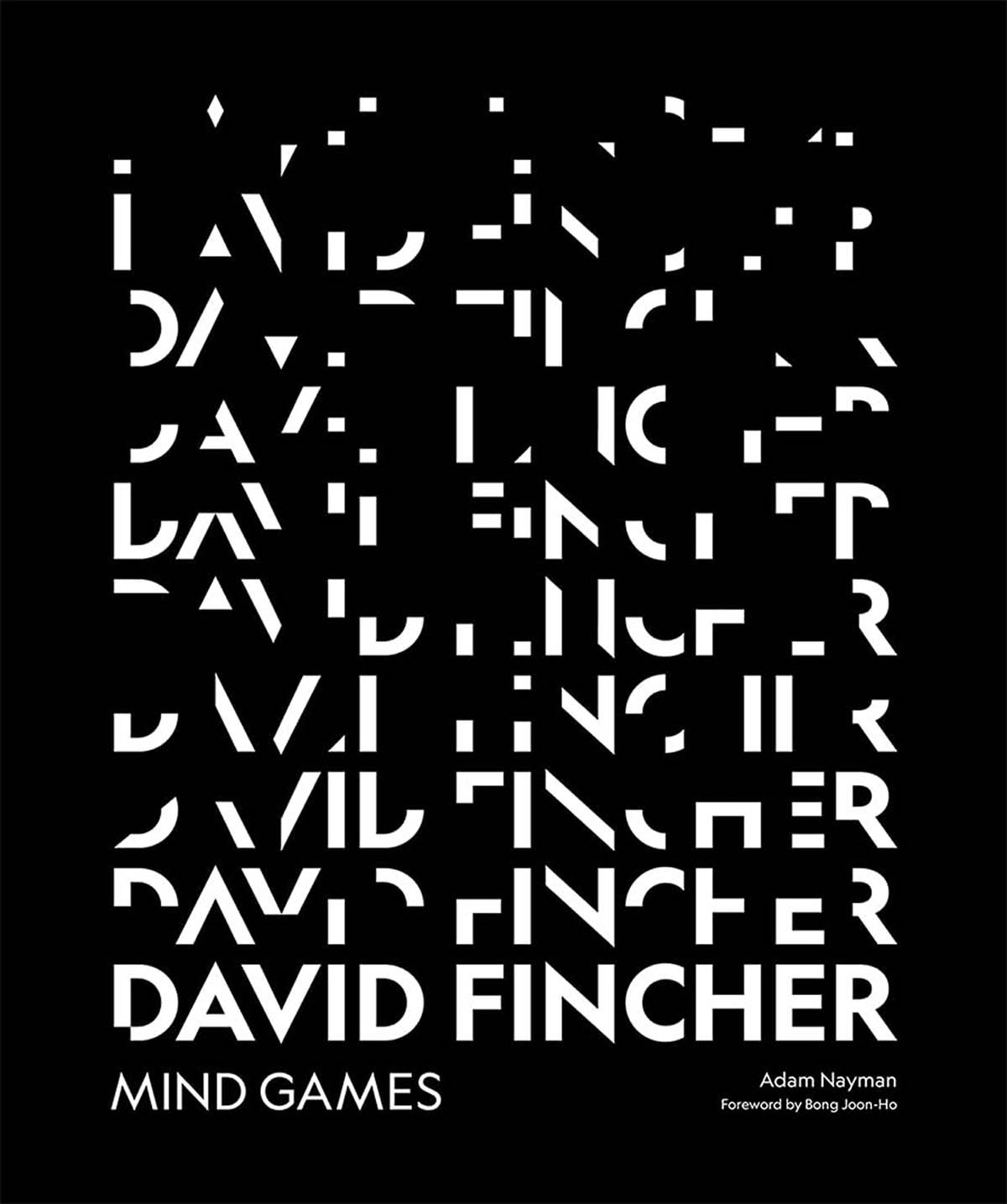 David Fincher’s films have a singularly narcotic pull. Their stark, glossy, symmetrical compositions and volatile tracking shots are often accompanied by jagged soundtracks and precisely delivered dialogue that serve to express expertly submerged emotions. On the surface, “glossy” might sound like an odd word to apply to work that’s consumed with brutal, baroque, typically hopeless subject matter. And, indeed, it’s Fincher’s ability to render outré material consumable for mass audiences that’s so often flummoxed critics. Is he a subversive auteur, a hypocritical stylist selling faux rebellion to the multiplexes, or all of the above? This is the question driving David Fincher: Mind Games, and critic Adam Nayman plumbs deeper into the subject than any writer before him.

Nayman and Fincher are both insatiable consumers of media with addictions to go-big-or-go-home aesthetics. Mind Games has been constructed to immerse the reader in hallucinatory sensory overload, emulating Fincher’s dizzyingly tactile epics. The shrewd, obsessively granular text is divided into six parts, with each of the director’s films accorded their own chapter, along with discussions of his seminal music videos and the presently dormant Netflix series Mindhunter. (The other Netflix show to boast Fincher’s involvement, House of Cards, is omitted on the grounds that it’s not an auteur item—a sound judgment that’s nevertheless disappointing, given the show’s profound impact on the streaming landscape.)

Each chapter is accompanied with stills of significant set pieces, which are arranged as after-the-fact storyboards, allowing one to pore over information in a manner befitting the dogged obsessives of Se7en, Zodiac, and Gone Girl. Tellingly, each chapter also opens with beautiful illustrations, of subjects facing one another in resigned acceptance, that underscore a key binary of Fincher’s filmography. The projects pivot on oppositions between parallel parties: Ripley and the Xenomorph in Alien³, the affluent brothers in The Game, the aspiring sleuth and potential killer of Zodiac, the toxic married couple of Gone Girl, and so on. This may not sound like an especially profound idea given that Fincher works in pop cinema, which typically relies on elemental rivalries, but Nayman emphasizes the filmmaker’s ongoing need, born from coincidence and from private preoccupation alike, to pit opposites in death matches that prove to be complementary, in the service of completing the story.

Nayman suggests that the Fincher duality model is a tool allowing every film to examine its own creation—a thesis that somehow manages to confirm the beliefs of the director’s acolytes as well as his detractors, and without rationalizing the work or its creator to death. This model is the ultimate “mind game” of Fincher’s cinema, from where all the other clues flow, which he communicates with a lurid and seductive slipstream of data and innuendo that suggests a profound terror of, as well as intoxication with, the way media shapes public and private life alike. This fear is obvious to discern in The Social Network, which concerns the creation of Facebook, or Mank, which hinges on an early instance of “fake news,” but it also spurs the elaborate Fritz Langian manipulations of The Game and Fight Club, and the media’s inadvertent creation of a myth it can’t resolve is the entire despairing point of Zodiac. 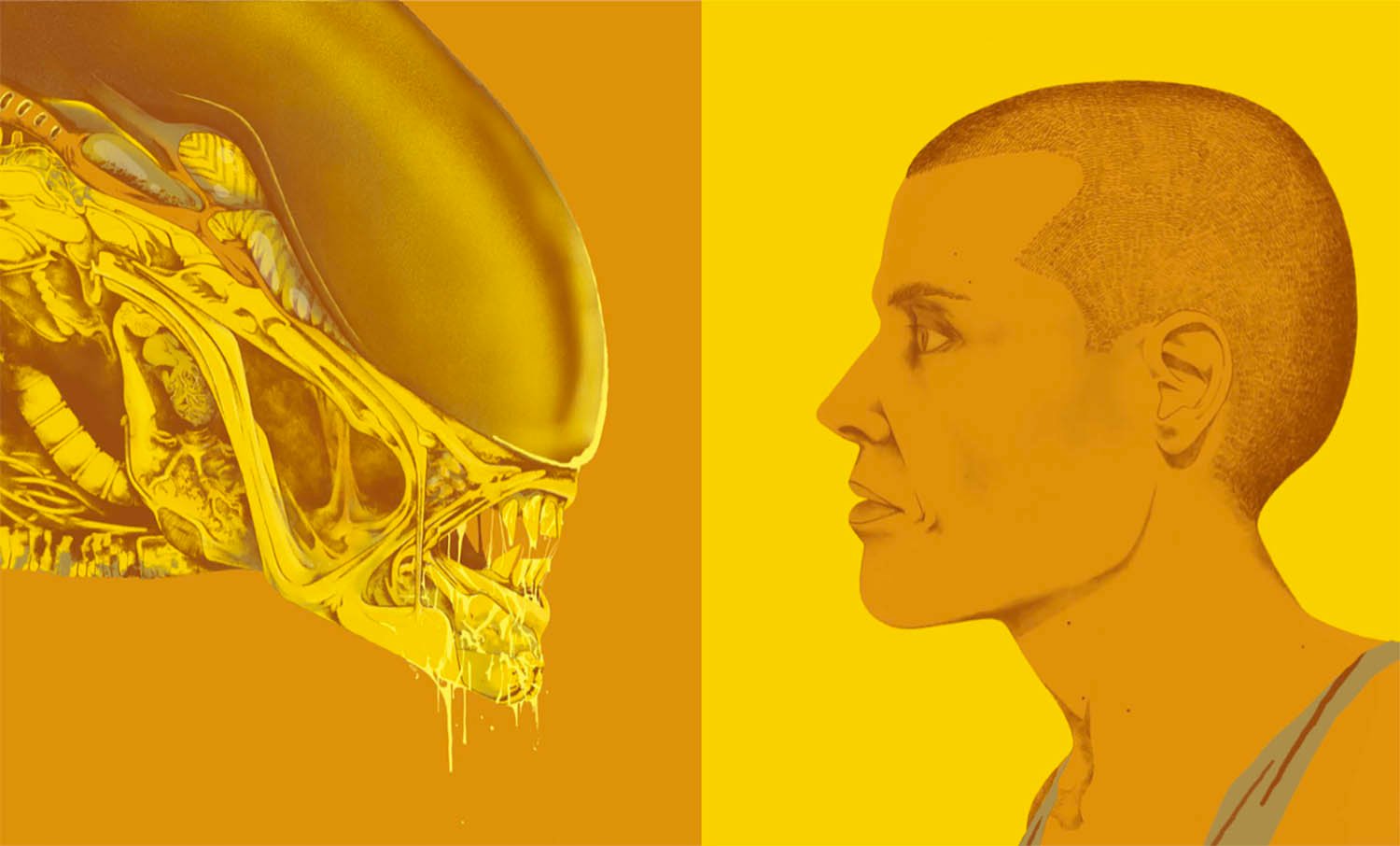 Nayman explores the auto-critical element of Fincher’s cinema most viscerally in his pieces on Se7en and The Game. Writing about the former, Nayman cuts to the heart of the moral queasiness that abounds in the serial killer genre: the fact that we want the killer, who’s positioned as a kind of artist, to win as a fulfillment of the expectations of the narrative. “Se7en’s most serrated point—its amoral, and thoroughly auteurist, organizing principle—is that Somerset and Mills’s double act embodies not law-and-order, but an existential threat to the satisfaction promised by what its auteur-as-killer calls ‘the whole complete act.’ Which is to say the satisfaction, for us in the audience, of perceiving the complete and fully realized work of art that Se7en at once narrativizes and stands in for in wryly self-allegorizing fashion.”

Nayman recognizes a similar snake-eating-its-tail fruition in The Game when the besieged rich man-as-victim finally symbolically completes, and thusly assumes control of, his exploitation when he agrees to pay for the very elaborate role play (read: movie) that just nearly destroyed his life. Such contracts are deepened, as Nayman acknowledges, by wicked, frequently ironic casting choices that play with the established images of actors.

As Nayman unearths example after example of Fincher utilizing his narratives as parables of working in an industry that specializes in unreality and depends on, ultimately, our buying into it—even this Fincher admirer was tempted to ask, “So what?” Are we going to this much pain to celebrate a talented sell-out who knows he’s a sell-out? Is admitting you’re not subversive actually subversive or just the ultimate method of rationalizing your complacency?

Nayman is very aware of this tension, particularly when discussing Fight Club, which has always struck this critic as a smug white-man’s-burden music video that happens to run well over two hours. Nayman, who’s never afraid to take the piss out of the filmmakers whom he loves, is agreement with that assessment, though he deconstructs as well as admires the film’s myriad contradictions, especially its simultaneous parodying of/lusting after Brad Pitt’s iconic wet dream of a terrorist pugilist. Nayman’s linking of Fight Club to punk and the rock music of the ’80s and ’90s, likening Tyler Durden to a kind of Kurt Cobain figure who embodies rebellion on an ironically accepted terms, is particularly erudite and audacious.

Nayman achieves this sort of rhetoric jiu-jitsu time and time again in Mind Games, as his prose is its own kind of obsessive slipstream, replete with references to seemingly every critic who’s ever covered Fincher and to every source material that’s potentially informed the projects in question. As in his prior book, Paul Thomas Anderson: Masterworks, the films aren’t discussed in chronological order, which suggests how interests assert, dissolve, and reassert themselves and re-influence artists throughout uncontrollable lives.

This structure mirrors Fincher’s desire for streamlined, coherent films that are still riven with mystery and, yes, emotion. What Nayman doesn’t quite come right out and say, perhaps in a bid to avoid obviousness, is that Fincher’s need for subversion on a pop scale is hypocritical, sure, but integral to exploring modern American culture, which incoherently encourages us to yearn to be fashionably rebellious capitalist consumers. That mania—the need to validate and reject society and oneself equally and inseparably—courses through Fincher’s work, rendering him a significant American artist, and in part precisely because of his warts and imperfections.

David Fincher: Mind Games is available on November 23 from Abrams.