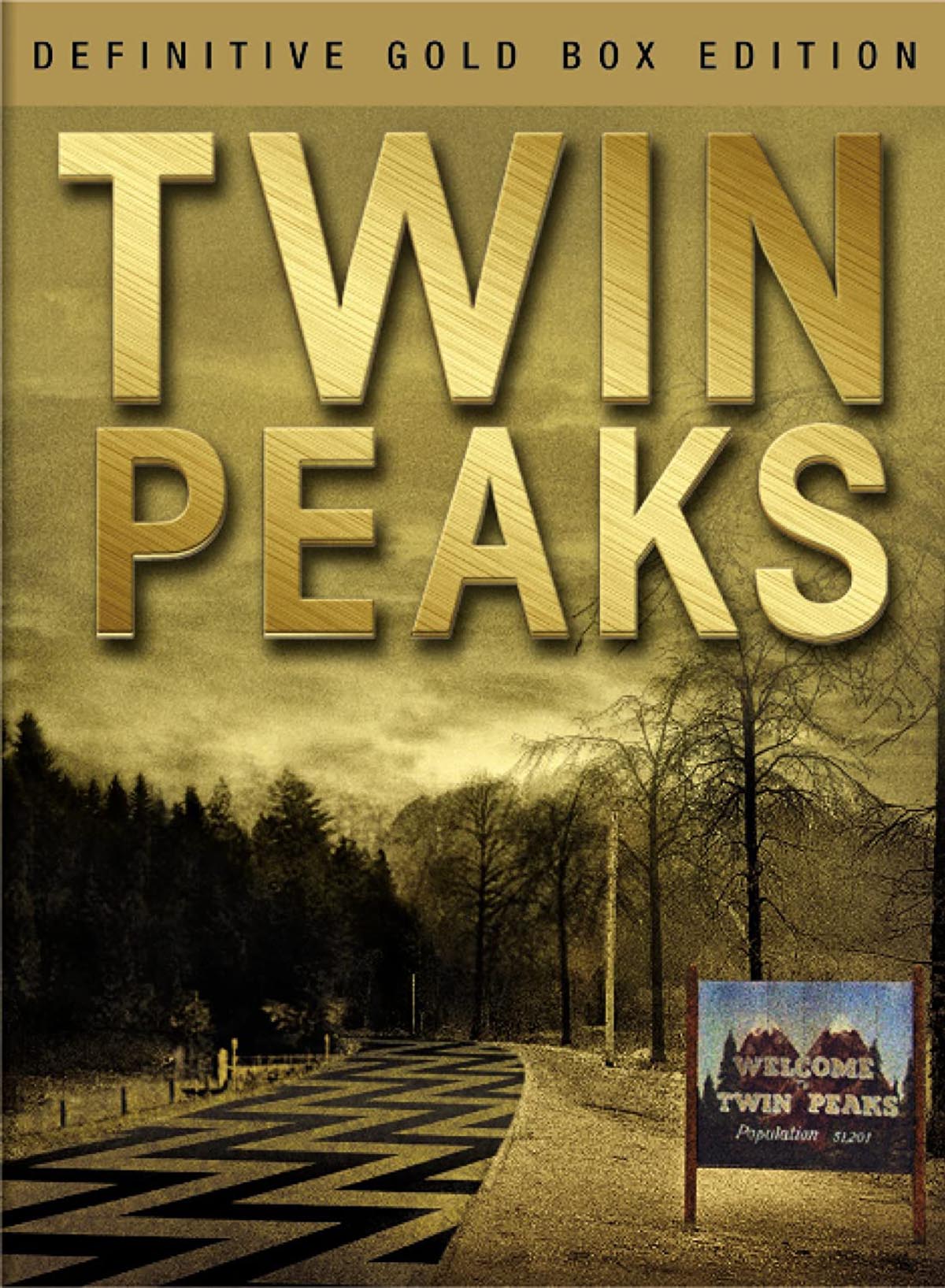 It’s little surprise that the second season of Twin Peaks fumbles upon resolution of its central mystery, the murder of small-town homecoming queen Laura Palmer (Sheryl Lee). In conception, this most famous of all corpses was the symbolic heart of the show and, given his druthers, co-creator David Lynch might very well have left her death unresolved and unexplained. No mistake that, just before her daughter’s killer is revealed, Mrs. Palmer (Grace Zabriskie) beholds a pale horse, a stark visual reminder of Twin Peaks’ old-time religious origins (a “truth-will-out” variation on Revelation) as well as a starkly implicit query (Where do we go from here?). As Leland Palmer (Ray Wise) stares contentedly at his Killer Bob-maligned reflection, it’s clear that the world is about to change, drastically and horrifically. The subsequent murder of Laura’s brunette doppelganger cousin Maddy (Lee again) is quintessential Lynch, perhaps his finest work. While Leland brutalizes Maddy (a sequence all the more sickening for its television-necessitated reliance on implication), Lynch intercuts a surrealist meeting of the minds at Twin Peaks’s backwater bar The Roadhouse.

Here is Special Agent Dale Cooper (Kyle MacLachlan) sitting face to face with a gigantism-stricken resident (Carel Struycken) of the Black Lodge, a so-called “waiting room” between Heaven and Earth. “It is happening again,” the giant intones while Cooper helplessly looks on, trying to make sense of—and make peace with—an impossibly cryptic situation. After Leland smashes Maddy’s head into a country scene painting of Missoula, Montana (Missoula resident Lynch’s perverse complement to “There’s no place like home”), the giant’s mortal counterpart—a decrepit, elderly waiter cruelly nicknamed Señor Droolcup (Hank Worden)—extends a kindly hand to Cooper before offering, all in one, an apologetic show of solidarity and an incitement to a shared display, between several Twin Peaks residents, of indescribable, somewhat inexplicable grief. “I’m so sorry,” he says, shuffling off while Roadhouse singer Julee Cruise reminds all in attendance that “The World Spins.”

A tough act to follow and—save for Twin Peaks’ final Lynch-directed episode and the film prequel Fire Walk with Me (both masterpieces in their own right)—the series never again reaches such crystalline high points. From here, the focus shifts quite rightly to Cooper, whose semi-illegal activities during the Laura Palmer case leave him suspended from the F.B.I. and provide a good enough reason for him to stick around town. During a tense standoff, minor villain Jean Renault (Michael Parks) suggests to Cooper that he is the cause of Twin Peaks’s nightmares, a sentiment not far removed from the narrative’s eventual reverse-closure resolution in Fire Walk with Me, which posits Cooper as Laura’s spirit-world complement, her key to transcendence. Cooper’s later actions in the series, including his Holmes/Moriarty relationship with his verbose and taunting former mentor Windom Earle (Kenneth Welsh, having way too much fun) is thus never more than an enjoyable diversion, a way for Laura’s limbo-lost guardian angel (and the series surrounding him) to mark time until his inevitable appointment with destiny.

The great moments from season two’s later episodes become increasingly isolated, restricted to such incidental vignettes as Ben and Jerry Horne’s (Richard Beymer and David Patrick Kelly) virgin-no-more recollection of the flashlight-twirling Louise Dombrowski or hard-of-hearing F.B.I. director Gordon Cole’s (Lynch) endearing flirtations with RR Diner waitress Shelly Johnson (Madchen Amick). Yet even Twin Peaks’s worst plotlines (Pine Weasel and Evelyn Marsh, I’m looking at you) are made up for by Lynch’s final episode. Apparently subject to a last-minute overhaul (see co-creator Mark Frost and company’s original, ridiculously literal script here), this uncompromised leap into the subconscious begins by stripping away all the extraneous plotlines (sometimes explosively) until only Cooper is left, navigating his way through the red-curtained Black Lodge, confronting and finally succumbing to his demons. Concluding with the bleakest of final shots (less a cliffhanger than a soul-deadening summative image), the episode only gains in power with all that has preceded and all that (in the Möbius strip-closing Fire Walk with Me) is yet to come again.

Together at last: seasons one and two of David Lynch’s landmark Twin Peaks, including the show’s pilot episode and its international version. After Paramount Home Entertainment’s release of the show’s second season on DVD earlier this year, Film Freak Central honcho Bill Chambers rightly pointed out that the episodes directed by Lynch seemed to have received the most TLC, but we were also right when we stated that the show never looked better than it did on that set. The same judgment applies to this Definitive Gold Box Edition, but if truth be told, the differences between any Lynch-helmed episode and anyone else’s becomes negligible once you take a look at the painfully unkempt Log Lady intros. The 5.1 surround track may favor music over dialogue, but I think this adds to the creepiness of the show’s complicated use of sound throughout both seasons.

Behold disc one, on which the U.S. network and international versions of the pilot appear, in addition to some previews for other Paramount Home Entertainment releases. Fans of the show are no doubt salivating at the prospect of finally owning the entire show in one box set, but not having seen the international version before, an explanation of the differences between this and the U.S. network version, beyond the alternate ending, would have been nice. The entire series is then spread out on the next eight discs, with four deleted scenes (“Jerry’s Wandering Eye,” “27 Going On 6,” “Lucy, Andy and Donuts,” and “Something About Johnny”) and “an unearthed miscellany of call sheets and productions breakdowns” tacked onto the end of the ninth disc. More good stuff appears on disc 10, beginning with “A Slice of Lynch,” in which Lynch is served a piece of cherry pie before hallucinating a sit-down with Kyle MacLachlan, Mädchen Amick, and John Wentworth. Much is discussed in 30 minutes-like MacLachlan getting the part of Dale Cooper, the casting of Bob, and Lynch kissing Amick, over and over and over again-before Lynch ends the chat with a seven-word summation of the show. Four feature-length documentaries appear in a section titled “Secrets from Another Place”: the first explores ABC’s interest in getting Lynch and Mark Frost to produce a series for the network, the casting of the show (is that a dead dog the casting director is holding?), and nature’s creepy involvement in the shooting of the pilot; the second revolves largely around the cult of the series and the effect this attention had on the actors; the third reveres Angelo Badalamenti and Julee Cruise’s contributions to the program (Badalamenti’s recreation of a meeting he had with Lynch, during which he composed “Laura Palmer’s Theme,” is the shit); and the fourth bravely focuses on the downfall of the show in its second season, from ABC’s insistence that Lynch solve the “Who Killed Laura Palmer?” mystery to the dissatisfaction of the show’s cast and crew with the direction the show would subsequently take. Rounding out the goodies: scenes from the 2006 Twin Peaks Festival, MacLachlan’s monologue and Twin Peaks sketch from his 1990 SNL appearance, Cruise’s “Falling” music video, five hilarious Georgia Coffee commercials that only aired in Japan, three image galleries, 12 on-air promos, numerous 1-900-HOTLINE spots, and six hilarious Lucy Bumpers.