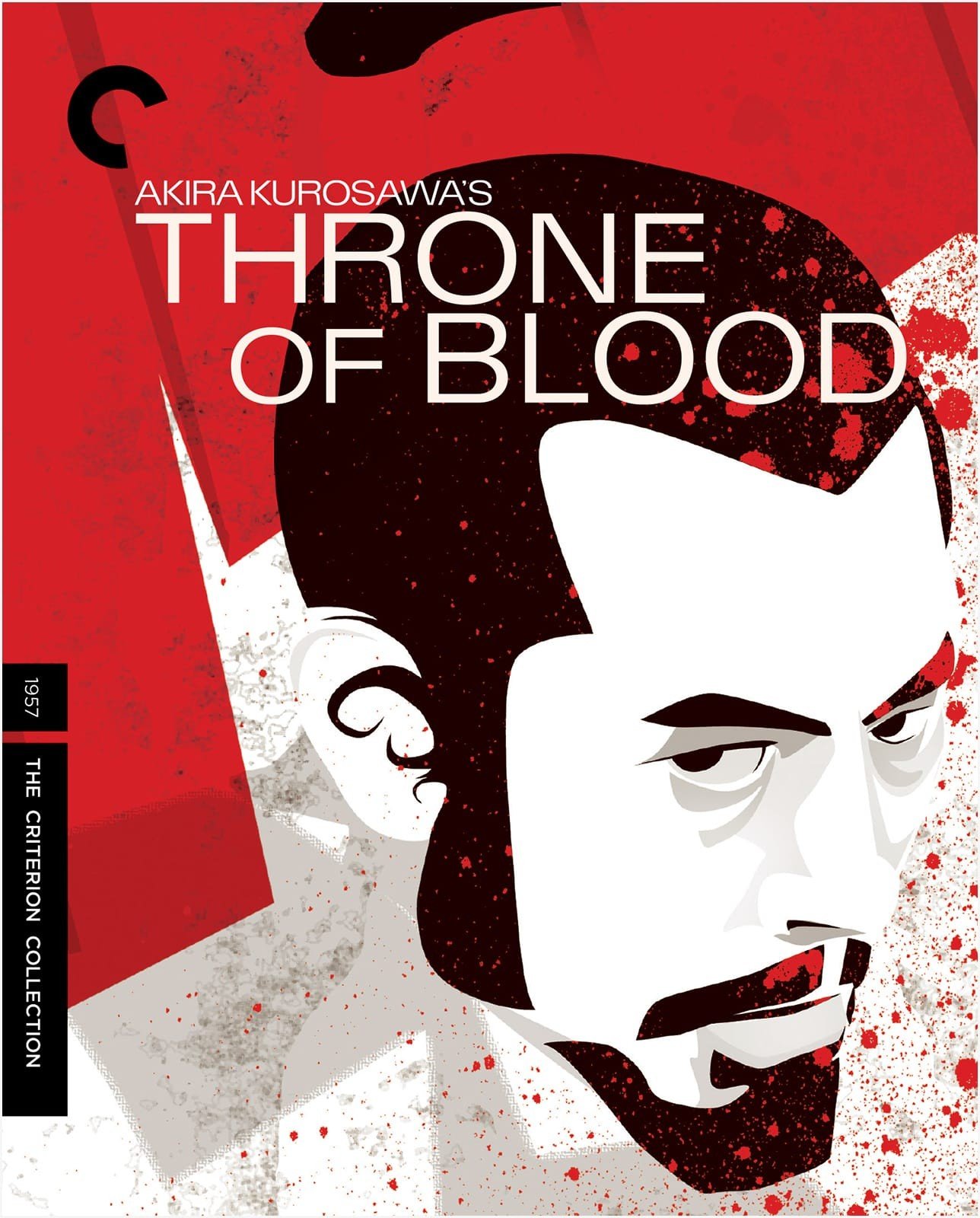 Legacy hasn’t softened William Shakespeare’s Macbeth, a tragedy with a streak of despairing class hopelessness that appears to apply to any culture of any era. There’s certainly no reason why contemporary Americans shouldn’t be able to relate to the story of a Scottish general who’s driven toward embarking on a manipulative killing spree by a thirst for power that nearly topples his entire kingdom. Macbeth is powerful for many reasons, but its most disturbing and ageless conceit is the notion of the protagonist as feeling as if he’s a member of the oppressed even as he climbs the ladder of the empowered. As has often been observed, Macbeth is both the hero and villain of the play, and the poetic division of sympathies that Shakespeare encourages in his audience is emotionally unmooring.

Updating the story to fit a feudal Japanese backdrop familiar to many of the director’s films, Akira Kurosawa’s Throne of Blood obviously doesn’t offer English-speaking audiences the verbal poetry for which Shakespeare is renowned, as the characters speak in a “slightly formal” (to quote Michael Jeck’s audio commentary) Japanese that’s meant to evoke a collected notion of the past in a fashion that would still be relevant for modern viewers. In this film, Macbeth is reimagined as Washizu (Toshirô Mifune), a samurai commander who answers to Lord Tsuzuki (Takamaru Sasaki), a variation of the King Duncan character. Miki (Minoru Chiaki) is essentially Banquo, a fellow warrior comrade of Washizu’s. And, of course, there’s Asaji (Isuzu Yamada), the Lady Macbeth character who spurs Washizu to answer his opening promotion to Master of the North Castle with an elaborate campaign of murders and manipulations designed to capture and maintain Tsuzuki’s lordship.

In place of the verbal poetry is Kurosawa’s intensely expressive and fluid methods of compression. Rather than blanching self-consciously at the challenges of making a true movie from one of the most iconic of theatrical works, Kurosawa actively weds those challenges with Macbeth’s themes. Compression isn’t felt simply as a means of moving the story along; it’s registered as a sense of mounting inevitability. Until the last act, Throne of Blood is largely a master action filmmaker’s poem of inaction: People die, conspiracies are enacted, and leaders tumble, but our attention is primarily directed toward Washizu as he paces throughout a variety of royal rooms, planning and fuming and trying to make sense of what he feels is a perverted destiny squeezing him gradually dry.

Throne of Blood is possibly Kurosawa’s definitive expression of the estrangement one experiences from their own life as it spins wildly out of control, and he goes about invoking this existential damnation with a ruthless precision. Long dialogue scenes are staged incorporating elements of the Noh theater, which traditionally combines a bare set with actors who’re encouraged to heighten the restrictions of their movements, particularly their facial gestures. Kurosawa contrasts these moments, which abound in his traditionally bold diagonal compositions, with striking exterior action sequences that convey the surging, exhilarating power of pure movement, which testifies to the powers of the Shakespearean fates that are, perhaps, encouraging Washizu’s most monstrous qualities to reach their fullest expression. Kurosawa uses the distinctions of the mediums of theater and film to comment on the distinctions of fates as forged by man (the interior scenes) and by prophecy (the exterior).

In this fashion, Throne of Blood shares a commonality with Orson Welles’s Falstaff and Jean-Luc Godard’s formally wild adaptation of King Lear: All solve the riddle of filming Shakespeare by making movies about the riddle of filming Shakespeare. These films express the poignant impossibility of merging with a past artist’s work, and arrive at conclusions that are both despairing and exhilarating: The filmmakers’ inability to truly “capture” Shakespeare speaks indirectly of mortality, of death ending all, including work of ancient performance art as it originally existed. But the new art these directors created as compensation speaks of an ongoing dialogue with past artists as well of a rebirth and evolution.

This Blu-ray represents a considerable improvement over the prior Criterion DVD in terms of image background clarity and information. The dynamism of Akira Kurosawa’s staging of many of the interior scenes was always evident, but this edition really allows the director’s revealing juxtapositions of set and actor to pop, and the blacks and grain levels are also impressive throughout. The Japanese mono track boasts more nuance than the track from the prior DVD edition, an upgrade that’s most evident in the haunted-woods passages that bookend the film. There’s little white noise and superb clarity of sound effects both small and grand. This is gorgeous work.

The audio commentary featuring Japanese-film expert Michael Jeck has been justifiably ported over from the prior DVD, as it’s an engaging and informative resource, particularly for Kurosawa neophytes looking to dip into the culture that shaped his working methods. The Noh-theater influences are discussed in addition to a variety of matters pertaining to the filmmaker’s intricate care for crafting images that propel the narrative and echo back on the themes and revelation of character. Also included, in the tradition of Criterion’s Kurosawa discs, is a brief documentary from the Toho Masterworks series Akira Kurosawa: It’s Wonderful to Create, which includes footage of the director discussing the various subjects covered in Jeck’s discourse as well as a story of John Ford honoring perhaps his most esteemed admirer. Rounding out the package is the trailer and a booklet that includes an essay by film historian Stephen Prince and notes that explain the unusual inclusion of two alternate English subtitle translations (by Japanese-film translator Linda Hoaglund and Kurosawa expert Donald Richie, respectively).

A sterling presentation of a top-tier Akira Kurosawa film that’s been produced, most valuably, with an eye toward drawing budding new fans toward the work of one of cinema’s greatest artists.