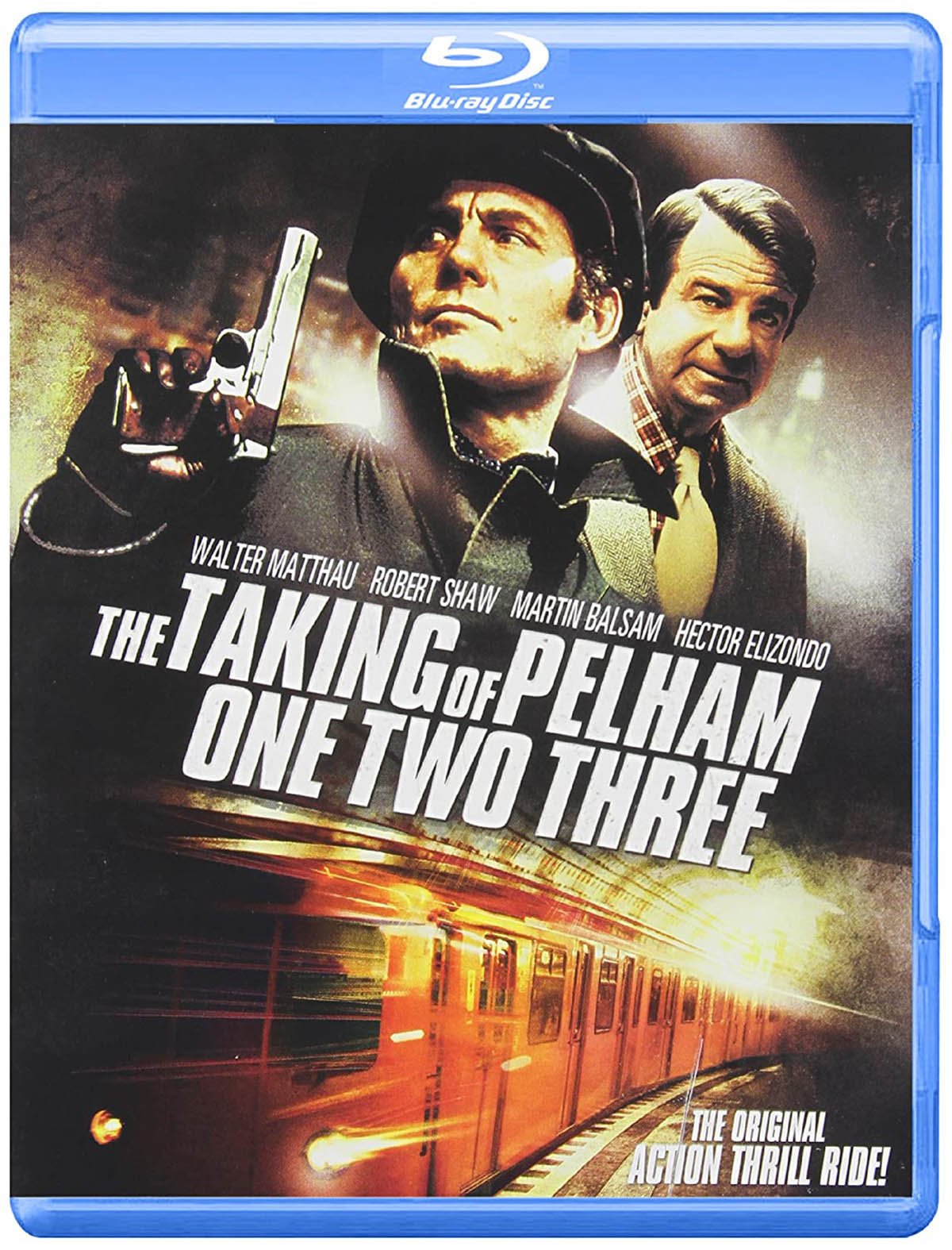 Joseph Sargent’s The Taking of Pelham One Two Three brings the heist film back to its no-nonsense, noir-inspired roots, steeped in the embittered pessimism of John Huston’s Asphalt Jungle, if not the blatant nihilism of Kubrick’s The Killing, and scouring away more than a decade’s worth of featherweight caper comedies like Charade with its abrasive wit and extra-coarse grit, an added irony given both films were written by Peter Stone (adapting John Godey’s novel in Pelham’s case). From the opening notes of David Shire’s funky four-note theme, the film establishes a propulsive rhythm and never eases up on the throttle until its sardonic final shot. The premise couldn’t be simpler: Four criminals with color-coded names (a gimmick QT cribbed for Reservoir Dogs), wearing identical dark hats and fake mustaches, all armed to the teeth with submachine guns, infiltrate and commandeer a subway train, uncouple one of the cars, and hold its passengers for ransom, demanding a million dollars from the city of New York.

Sargent’s direction steals a page from Sidney Lumet’s early’-70s playbook, the one between Serpico and Dog Day Afternoon, to be precise: Crowded street scenes shot on locations around the city alternate with tense hostage negotiations in the stalled subway car below, pitting cantankerous Transit Authority cop Zachary Garber (Walter Matthau) against Mr. Blue (Robert Shaw), the British mercenary mastermind behind the scheme. Above and beyond its taut dramatic developments, the film’s also a battle of the dialects, with Matthau at his blue-collar Noo Yawkest peppering his palaver with “dese” and “woik,” whereas Shaw’s plummy King’s English connotes aristo authority and suave menace in about equal measures.

After their first set-to, Garber informs a co-worker, “Sounds British. Might be a fruitcake.” Unlike Tony Scott’s garish, overblown, and redundant remake starring Travolta and Denzel, where identity politics isn’t even on the table, Sargent’s Pelham One Two Three practically bends over backwards to demonstrate that chauvinism and racism run rampant. Further instances that involve our nominal hero: Garber refers to a group of Japanese bigwigs touring the TA as “Chinamen” and “monkeys,” numerous cracks are made about “broads” joining the force, and when Garber finally meets a black police lieutenant face to face, he tells him, “I thought you’d be…taller or something.”

The well-oiled machinery of Blue’s plan goes awry, as all such hubristic schemes invariably will in a heist film, and things rapidly fall apart. Like many of its successors, which have a tendency all too easily to devolve into dehumanized rollercoaster rides, Pelham One Two Three is more concerned with plot mechanics and tension-ratcheting, as opposed, say, to Lumet’s focus on the matrix of character psychology and social conditions. Over the course of the film, we learn next to nothing about the criminals’ backgrounds or their motivations, and so neither Sargent nor the viewer can care too much about their eventual downfall. Still, the lead actors imbue their marionette puppets with sufficient life and quirk to maintain interest. Profane, violent, at times insolent, and stacked deep with brilliant character actors like Tony Roberts and Jerry Stiller who contribute flourishes of offbeat local color, the film takes its place as a lesser-known gem among the finest of the genre.

Several giant steps, if not leaps and bounds, above the previous non-anamorphic DVD release, Pelham One Two Three looks pretty spiffy in 1080p. While grain and softness are prominent throughout, they never overwhelm the image, and what colors there are in the film’s preponderantly dowdy palette (Garber’s hideous yellow tie-plaid shirt ensemble registers among the most striking) stand out in high relief. Overall, the transfer is quite dark, especially so in the subway scenes, but black levels remain strong, and everything’s perfectly visible. The lossless DTS mono soundtrack is no great shakes, though it delivers dialogue well enough, as long as it’s loud. Lower-end conversation and sound effects lose something in translation. Nevertheless, for the most part, it’s a solid track.

Only an HD-quality trailer.

Fox’s barebones Blu-ray of The Taking of Pelham One Two Three barrels into your living room in bold 1080p.

Better Here than There: Mike Cahill’s Another Earth