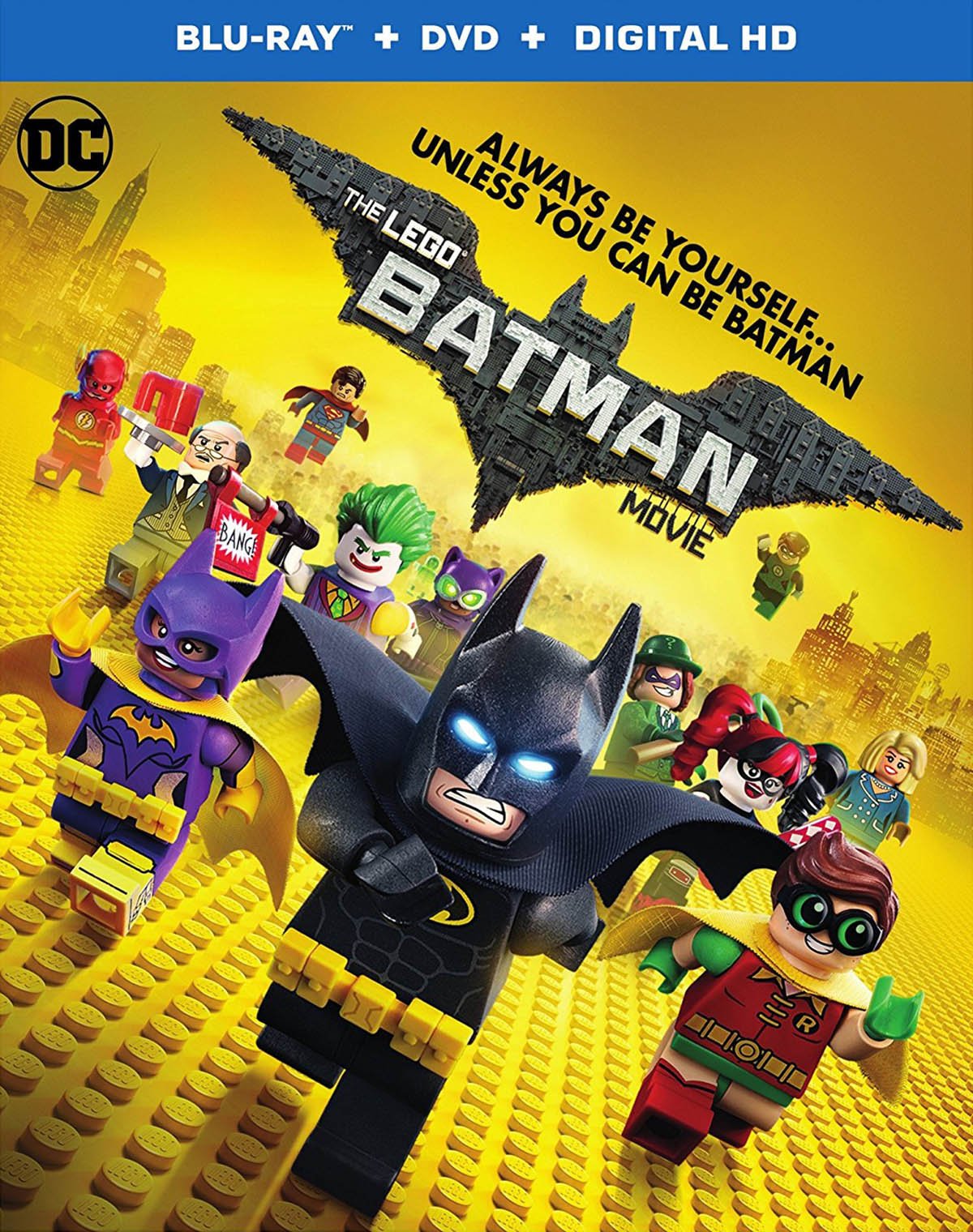 Though Chris McKay’s The Lego Batman Movie pulls from a host of DC and Warner Bros. properties for its characters, its clearest source of reference comes from Marvel, specifically the wisecracking self-reflexivity of Tim Miller’s Deadpool. From its opening sequence, which features Batman (Will Arnett) speaking over a black screen about how black opening screens always signal a quality movie, this spinoff of The Lego Movie successfully transplants the humor of Deadpool to a kid-friendly format, replacing vulgar, smug irony for a more innocent puckishness to which it’s better suited.

As he did in The Lego Movie, Arnett plays up Batman’s increasingly dark, solitary side, bolstering the hero’s self-seriousness with the arrogance thinly hidden within his individualism. Batman spends as much time calling attention to his abs as he does fighting crime, and he devotes most of his one-man assault on a rogue’s gallery of foes in the film’s first action scene to playing a song about how great he is. So self-centered is this Caped Crusader that he drives the Joker (Zach Galifianakis) to utter bewilderment, rage, and even sadness by saying that despite their endless dust-ups, he doesn’t care about anyone enough to consider the Clown Prince of Crime his nemesis. A running theme of contemporary Batman stories is the effect that his own presence has in attracting and escalating conflict within Gotham City, and that idea is taken to a literal extreme here when Joker concocts a convoluted, chaotic plan solely to be validated by his enemy’s attention.

Batman’s lack of superpowers has made him a popular choice for live-action adaptations, but the ease with which this film gathers so many villains for the opening sequence is a testament that the character and his world benefit from animation more than many of his costumed peers. The vivid color palettes that serve as a backdrop here make a point of divorcing Batman from his surroundings, so that he stands out as an aberration and not as a logical fixture of Gotham. The hero’s intelligence and quick thinking also play into the self-referentiality of the Lego conceit, showing off his ability to construct useful vehicles and gadgets within seconds to respond to various threats.

The film’s bubblegum animation further prefigures a warmer story for Batman than usual, one that matches the overflow of villains with a host of eager allies. Trusty servant Alfred (Ralph Fiennes) attempts to break through to his surrogate son about the importance of companionship, represented most clearly by Bruce Wayne’s inadvertent adoption and subsequent deputizing of Dick Grayson (Michael Cera). Even Barbara Gordon (Rosario Dawson), who takes over as police commissioner with a promise to end Gotham’s reliance on Batman, expresses an open desire to work with the man, and much to his chagrin. Much of the film’s humor derives from the contrast between Batman’s unyielding misery and the enthusiasm of his partners.

More broadly, though, The Lego Batman Movie continues The Lego Movie’s love of an unbroken chain of one-liners, sight gags, and pop-culture references that collide together so quickly it can be difficult to remember any one joke as another three quickly take its place. One’s mileage will vary with this approach given the potential here for sensory overload, but the hit-to-miss ratio is surprisingly high. Also impressive is the manner in which the film pulls from a host of specific touchstones in the series, from the Penguin’s Iceberg Lounge to a brief glimpse of the department store Shreck’s from Batman Returns. The animators even take liberties with Warner’s licensing to include villains from other properties owned by the studio, from Voldemort to King Kong to, most amusingly, the shark from Jaws.

While the innumerable sight gags that draw from Batman’s rich multimedia history are amusing in their own right, they also demonstrate a facet of the hero that’s been buried in the pursuit of an increasingly narrow vision of seriousness. In many ways, The Lego Batman Movie brings to mind Grant Morrison’s run on the Batman comic-book series, providing the surface pleasures of a banquet of references to every stage of the comic while using the contradictory images of the constantly evolving character to critique his core persona. The film gradually builds to the statement that Batman, perhaps the most famous loner hero in comics, is ultimately defined by his relationships and only capable of realizing his best self by caring for and depending on others. Ironically, this film, with its gimmicked block animation, makes Batman more human than he has been on-screen in a generation.

The highly chromatic color palette of the film’s Lego brick world dazzles on Warner’s Blu-ray. The animation gimmick ensures that no frame has a uniform color scheme, but the transfer ably balances the clashes of bright primary hues with the dulled metallic textures applied to vehicles and gadgets. Lighting is also exceptional, showcasing the subtle fluctuations of flames in vehicle rockets and Wayne Manor’s candlelit halls, as well as in the dips into sunny fantasia and Batman’s noirish, shadowy milieu. Lossless audio comes in both Atmos and 5.1 formats, both of which keep the dialogue clear in the front channel while balancing the copious effects around the surrounding speakers. The Atmos track naturally shows off finer balancing and broader dynamic range, but both perfectly capture the film’s theatrical audio presentation.

The Lego Batman Movie comes with a slew of brief featurettes that add up to a comprehensive overview of the production. Behind-the-scenes footage shows storyboarding and voiceover recording sessions heavy on improvisation, but the most interesting material homes in on the creative team mocking up the film’s intricate Lego creations using actual toy bricks, each person assembling free-hand concoctions with impressive speed for possible incorporation into the film. There are short films that place Batman into jokey, sketch-format scenarios, such as Batman as a stereotypical Canadian or Alfred with a cooking show, as well as a more elaborate short promoting the upcoming Lego Ninjago Movie. A compilation of deleted scenes, some cut so early that they exist as barely more than storyboards and temporary voiceover tracks, shows off a few nifty ideas and funny jokes. The disc also includes the winners of a stop-motion fan film contest run by Lego to promote the film, as well as trailers and various promotional material. Finally, a commentary featuring director Chris McKay and more than a dozen members of the crew address the production in a roundtable chat that occasionally drifts off topic due to the sheer number of participants but otherwise goes into the arduous animation process and how it worked with an improvisational voice cast without ever getting dry.

Still one of the most fun sugar rushes of the year, The Lego Batman Movie arrives on home video with a shimmering, chromatic video transfer and a boisterous, perfectly balanced Atmos track.