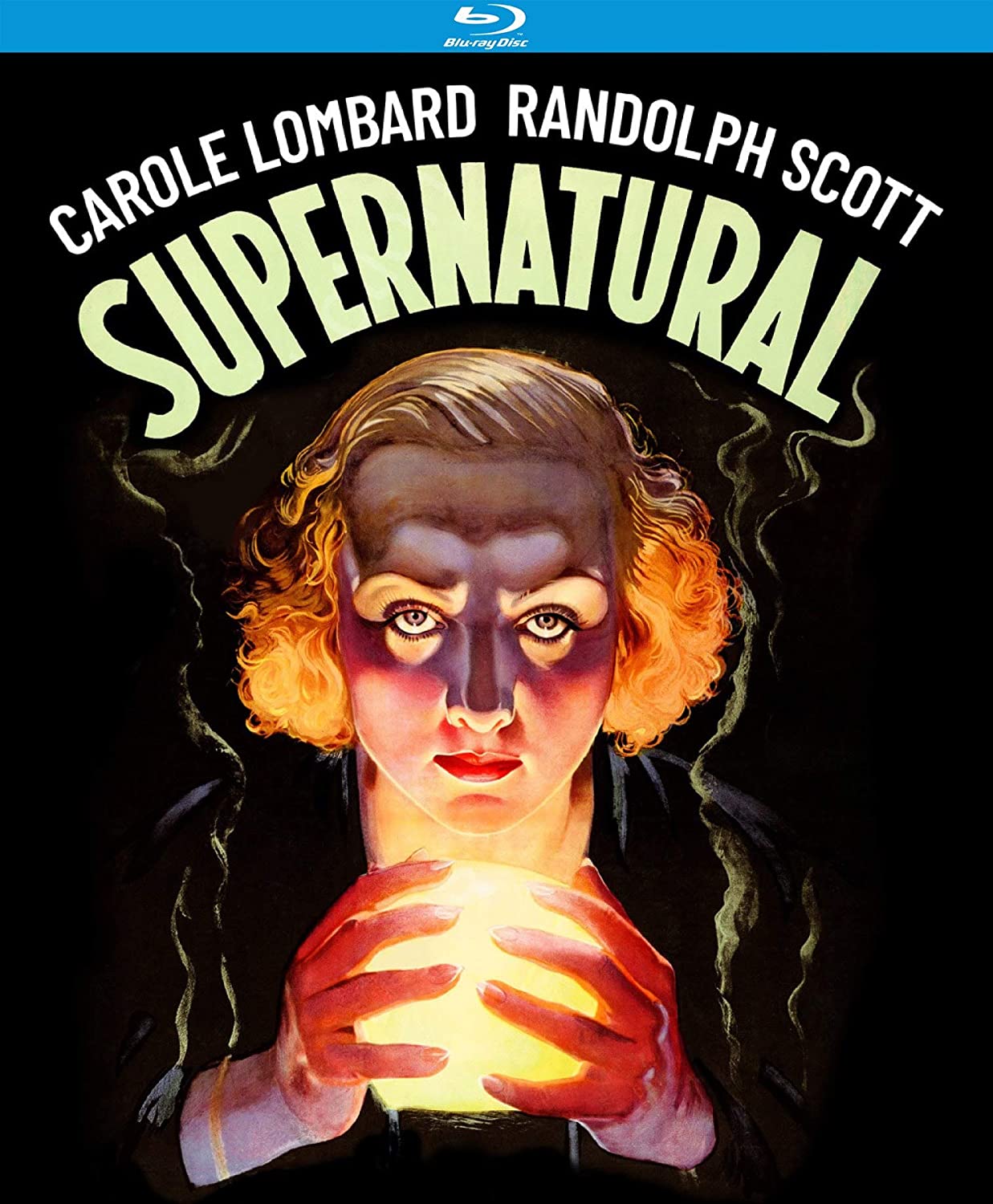 Rogen is a femme fatale ahead of her time. Osborne embodies the character as a shrewd, wronged woman with a killer maniacal laugh. Rogen also has a mean scowl, wears a low-cut dress, and seeks revenge on Paul Bavian (Alan Dinehart), a fraudulent psychic—and fourth of her ex-lovers—who dimed her out to the police. The film’s twist is that her revenge comes after she’s sent to the electric chair for murdering her lovers, after which her spirit settles into the body of Roma Courtney (Carole Lombard), an heiress to a family fortune and Bavian’s potential victim in a scheme to steal her inheritance by tricking her into thinking that her recently deceased twin brother is communicating with her from beyond the grave.

The film’s convoluted and wonky plot would be laughable if not for the kinetic entertainment of Halperin’s stylistic choices. In an early passage, as Bavian sneaks into a funeral parlor to make a plaster mask out of Roma’s brother’s face, the camera follows the man’s apprehensive movements from behind by keeping pace with his steps in a single shot. In a later scene, when Bavian has gathered a number of people together for a séance, a series of close-ups and insert shots structure an almost dialogue-free passage, lending it Hitchcockian levels of suspense as Bavian falsely tries to finger one of Roma’s confidants as the man who killed her brother.

Anyone familiar with Halperin’s 1932 film White Zombie won’t be surprised by Supernatural’s reprisal of recurring shots of eyes illuminated in close-up. In Supernatural, the image signifies an elusive presence of ghostly possibilities until the moment when Ruth possesses Roma’s body; it’s from here on that Halperin also lets Lombard play up her sultry side with suggestive facial gestures and enticing bodily movements. It’s a treat to see Lombard cast in a role so different from the ones she played in some of her most well-known films, such as Howard Hawks’s Twentieth Century and Gregory La Cava’s My Man Godfrey. If she looks slightly uncomfortable or uncertain in earlier scenes (and, apparently, the actresses did want off the picture), once Ruth takes root inside of her, Lombard iswholly convincing as an electric seductress, who will no doubt have her way with the unsuspecting con artist.

Supernatural winds up feeling weightier and darker than its brief runtime might suggest. Bavian, especially, is a figure of Caligari-like menace who, in an early act of brutality, uses a poison ring on his finger to prick and kill a woman—and would-be snitch—who’s become wise to his racket. It’s startling to witness how Halperin focuses on the woman’s fear by moving into close-up as she realizes the poison is taking hold of her body. While there was no shortage of pre-Code horror films with style to burn, Supernatural rises to the upper echelons of the heap by leaning into its fleet, if sporadically tangled, plot mechanics, and by striking an enticing balance between being nervy genre fun and a self-conscious stylistic exercise.

Kino Lorber’s transfer of a new 2K restoration is a vast improvement over the image on Universal’s “Vault Series” DVD from 2014. This is by no means a perfect or comprehensive remastering, as scratches and other filmic artifacts are noticeable throughout, but they’re minor enough to never be distracting. The dialogue isn’t consistently clear on the monaural audio track, but the presentation is serviceable overall.

On his commentary track, film critic Tim Lucas primarily focuses on the historical parameters of Victor Halperin and brother/producer Edward Halperin’s transition from independent to studio filmmaking. Supernatural was made at Paramount after the success of White Zombie, and despite possessing all the seeming ingredients for a commercial success, the film did only modest business in its relatively brief theatrical run. In fact, despite plans for another project at Paramount, the brothers never made another film within the studio system, returning in 1936 with the independently financed drama I Conquer the Sea!. Lucas drops numerous titles for relevant books and further reading on the topic of the Halperins and 1930s horror, making the track a must-listen for anyone interested in further researching the filmmakers or their era. The disc also includes trailers of Supernatural, Nothing Sacred, Made for Each Other, Pittsburgh, The Spoilers, The Spiral Staircase, Dr. Cyclops, Cobra Woman, and The Undying Monster, most of which have received recent Blu-ray releases from Kino Lorber.

A genre-straddling gem from the pre-Code Hollywood era, Supernatural receives a solid 2K transfer and a helpful commentary track from Kino Lorber.