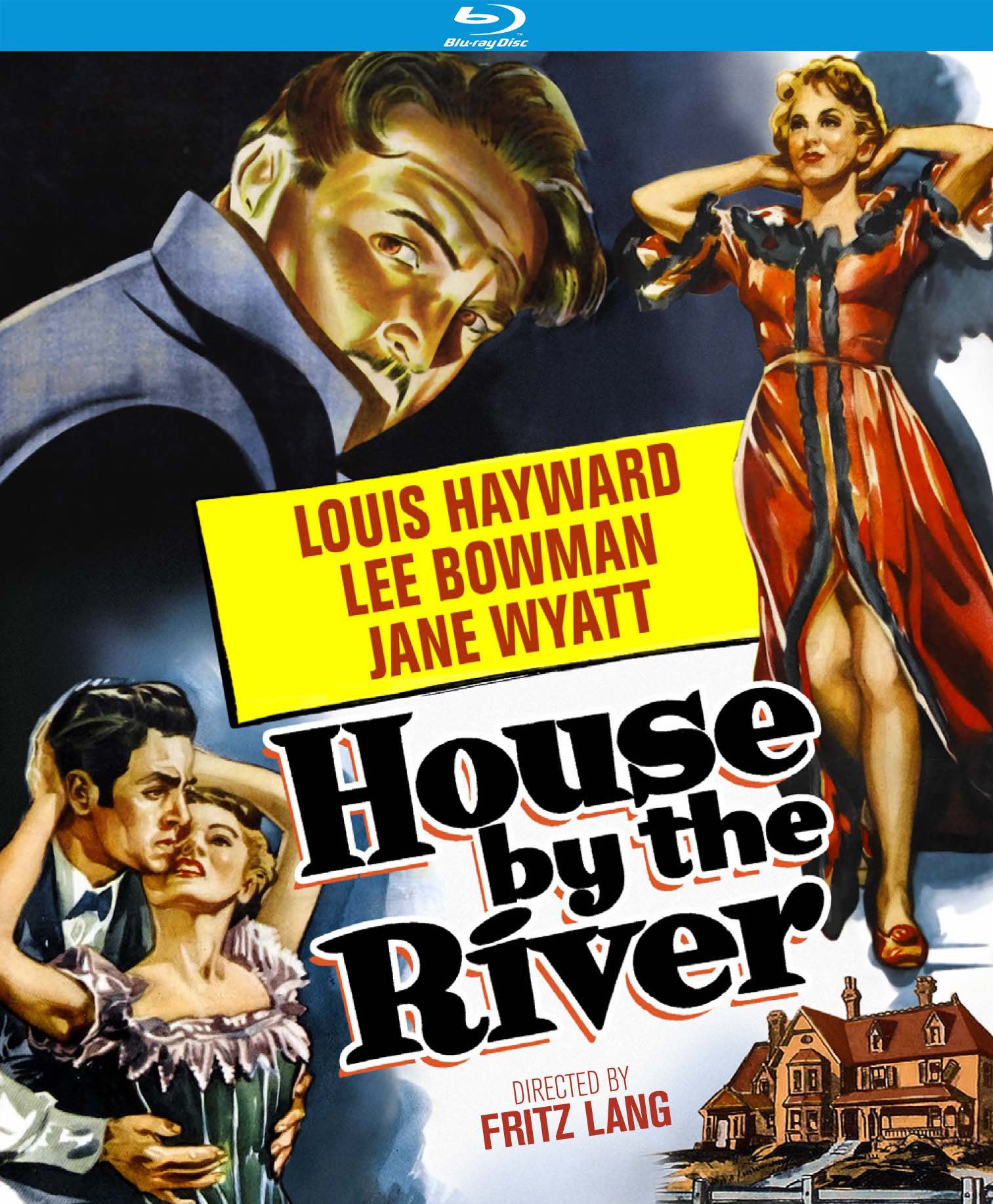 “I hate this river,” says the nosy Mrs. Ambrose (Ann Shoemaker) as the tide of the water circles “that filth” (the carcass of a dead cow, it seems) around her house for what is probably the umpteenth time, to which her next-door neighbor, frustrated writer Stephen Byrne (Louis Hayward), replies, “It’s people who should be blamed for the filth, not the river.” And with that Fritz Lang and screenwriter Mel Dinelli neatly unpack House by the River’s theme of moral responsibility a mere three minutes into the picture. This hand-holding is widespread in many of Lang’s later work (The Blue Gardenia and Clash by Night being the most egregious examples), but it’s the sort of thing that’s easily absolved given the many fascinating ways the filmmaker visually extended his themes.

Made in 1949 for Republic Pictures, House by the River not only shows its modest origins but the frustration of its maker. Lang wanted to cast a black woman in the role of Emily Gaunt (the part eventually went to Dorothy Patrick), the maid that Hayward’s character accidentally kills mere moments after trying to seduce her, but the suits at Republic recoiled at the idea. Ironically, the very fear of miscegenation that the director wanted to address—call it the elephant in America’s living room (or the one floating around its house)—frustrated his ambitions. Unable to subversively work a critique of America’s racial problems into the film’s fabric as he had done for Fury, Lang had to settle for building House by the River’s routine melodrama into a snappy commentary on moral depravity and eye-for-an-eye retribution.

Stephen convinces his brother, John (Lee Bowman), to help him dump Emily’s body in the river outside his home. The man’s relief that his indiscretions—adultery and murder—appear as if they’ll go unpunished considerably strokes his ego, to the point that he begins to channel the whole affair into his latest unpublished novel. (Early in the film, Mrs. Ambrose advises that he make his stories “racy” and, later, some woman makes an off-the-cuff comment about writers doing their best work when they channel the truth.) But when Emily’s body floats to the surface and begins to circle the house that Stephen shares with his wife, Marjorie (Jane Wyatt), it’s not just the plot of his novel that thickens. It’s here that his moral crisis begins to take on new angles. The film’s 88 minutes aren’t nearly enough to sufficiently flesh them all out, or connect them in a truly meaningful way, but Lang’s visuals pick up some of the slack.

Lang too often tries to belie his low budget, which usually exposes his sham (he grafts what sounds like audio from a 100-person reception onto a nine-person party scene), and though he’s unable to give the logic by which the titular river circulates around Steven and Mrs. Ambrose’s house a truly expressive visual justification, it doesn’t matter given how splendidly he equates the river to a floating id of primitive, unconscious fears and desires. The director’s chiaroscuro imagery sinisterly evokes Stephen’s bourgeoning madness, from the parallels between Marjorie and Emily’s entrances in the film to the maddening links between Emily’s hair as it swivels in the water and the curtains inside Stephen and Marjorie’s house. Stephen gets his due, and when he does, Lang evokes it as a case of beyond-the-grave retribution. Mrs. Ambrose might say, “What comes around, goes around.”

Kino Lorber’s 2K restoration significantly improves on their previous DVD in terms of clarity, depth, and contrast. There’s still a bit of murky flicker noticeable in some of the darker scenes, but, on the plus side, there’s also more information visible on all four edges of the frame throughout. The two-channel Master Audio mono mix cleanly delivers the dialogue and gives a resonant boost to George Antheil’s moody score.

The big new extra here is a commentary track from film historian Alexandra Heller-Nicholas, who begins by addressing the nature of Stephen’s assault on Emily, the film’s complicated take on sexual politics and sexual violence, and how it fits into the larger discourse of “rape culture.” She also delves into the film’s formal and thematic links to Fritz Lang’s larger body of work, and the ways in which House by the River straddles the borderline between noir and Gothic melodrama. There’s also an interview from 2005 with producer and film historian Pierre Rissient, who was largely responsible for resuscitating interest in House by the River, one of Lang’s lesser-known and at the time unavailable films. He describes hearing Lang verbally recreate the first 10 minutes of the film practically shot for shot, the effect it had on French New Wave filmmakers like Claude Chabrol, and the interesting connection he made when he finally tracked down the source material’s author in his Thames-side home.

Now looking better than ever, House by the River is a fascinating, bewitching, and hitherto largely neglected entry in Fritz Lang’s filmography.