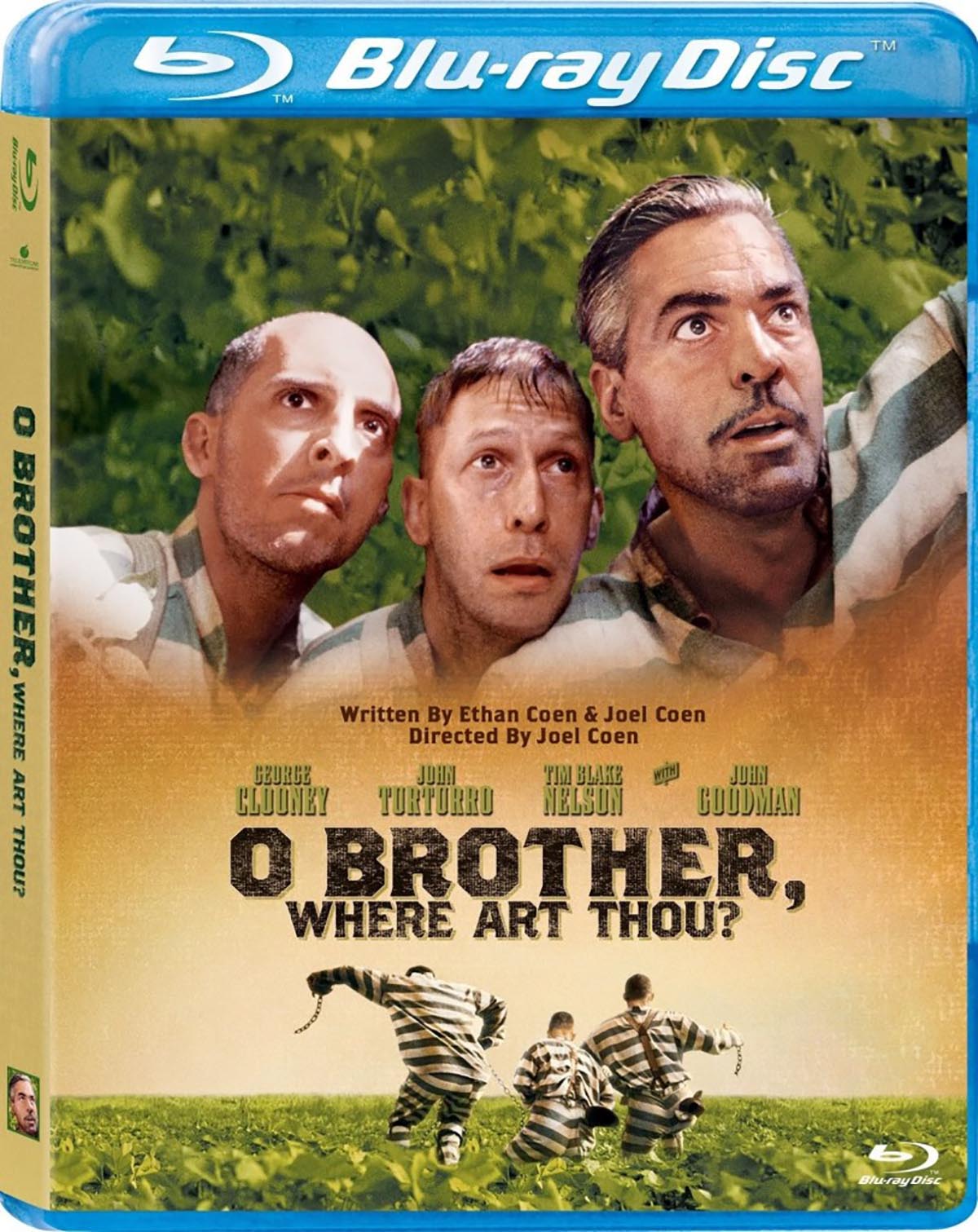 Joel and Ethan Coen’s O Brother, Where Art Thou? was the first film that confirmed that the filmmakers could make a genuinely cheap joke. Suddenly, the humor that had coasted along the line of condescension had crossed that threshold and every character was treated as if they were pure evil or truly ignorant, prideful fools or scoundrels devoid of any real humanity.

Some may argue that this attitude was plainly visible as early as Raising Arizona, but I’m not inclined to agree, for reasons largely having to do with the spontaneity, vital comic energy, and heart of Holly Hunter and Nicolas Cage’s performances. Certain individuals, though not nearly as many, made similar, unconvincing arguments against Fargo. But with O Brother, Where Art Thou? we were suddenly in the sun-dipped south of the 1930s, Mississippi to be precise, on the lam with a triptych of doodle-brained, hayseed convicts attempting to outrun a demonic marshal (Daniel von Bargen) and the Coens had found the perfect setting for a black-blooded take on Homer’s The Odyssey, replete with innumerable characters of little or no redeemable traits.

O Brother, Where Art Thou? doesn’t lack for intriguing stylistic flashes, largely brought upon by its particular uses of color and song. Everett (George Clooney) is a sweet-talking devil and leader of a convict gang with a penchant for hair product, who sets out with Pete (John Turturro) and Delmar (Tim Blake Nelson) to recover buried treasure from a heist he pulled, which will be at the bottom of a lake in one week’s time. The narrative engine is, unfortunately, a weak one, unfocused, dull, and without an iota of urgency. The late revelation that Everett’s wife (Hunter again) is getting remarried to a political hack, on the other hand, begets some interesting connections between the enigmas and myths of pop culture and the public caricatures that politicians often create for themselves.

But as it so often is, the journey is what’s important, and the Coens are nothing if not generous when it comes to littering the long road Everett and the boys travel with an abundance of human oddities in this yokel fantasia. Reoccurring figures include Charles Durning’s plump curmudgeon-as-state-governor, John Goodman as a Bible-thumping huckster-cyclops, and, best of all, Wayne Duvall playing Durning’s opponent, a KKK grand dragon with a tiny man (Ed Gale) perpetually at his side. And still there’s George “Babyface” Nelson (Michael Badalucco) shooting up a field of cows; a stomping rendition of “I Am a Man of Constant Sorrow” that’s accompanied by some hooky guitar-picking from a bluesman (Christ Thomas King) in league with Beelzebub and recorded by Stephen Root’s blind-as-a-bat radio man; and a trio of sultry backwater sirens who may have turned Pete into a “horny toad.”

As a set of vignettes, O Brother, Where Art Thou? works for the most part, but as a full-fledged narrative, there’s a shallowness and laziness to it, especially in the writing, that’s hard to shake. There’s simply no denying that this is minor Coens, in a similar vein as their Ladykillers remake, the somewhat underrated Burn After Reading, and the vastly overrated A Serious Man. Like those films, O Brother, Where Art Thou? is technically assured: Roger Deakins’s brilliant, unassailable camerawork remains the only consistent reason to buy a ticket to a Coen brothers flick, while art director Richard L. Johnson and production designer Dennis Gassner provide the filmmakers with stunning aesthetic utilities.

There is, finally, the matter of T. Bone Burnett and the music department, including Carter Burwell and Gillian Welch, who set the story to the bucolic strum of battered guitars, the lilted pickings of well-tuned banjos, and waves upon waves of heaven-sent vocal harmonies. Matched with the immaculate look of the film (golden hues bordering on monotone shading), Burnett’s choice of music lifts O Brother, Where Art Thou? out of its self-made rut and casts it toward something that touches on the angelic; remembering the experience of seeing the film in a theater is not altogether different from reminiscing on a childhood lullaby.

It’s enough to make you want to forget all the glaring problems on display, but it’s both sad and necessary to remind oneself that, despite the fact that the Coens are still capable of making gripping entertainments (such as No Country for Old Men and their remake of True Grit), they’re still unable to produce a work that surpasses or even equals the cunning of their early triumphs. That’s because they’re still overcoming personal and stylistic obstacles or, to employ Delmar’s invocation of 1930s parlance, “ob-stack-les.”

I can’t imagine how O Brother, Where Art Thou? received such generous attention, but this 1080p/AVC-encoded transfer has to be seen to be believed. The sense of detail is quite simply breathtaking, and holds even ground with the accepted softness of the image—a softness that the Coen brothers and Roger Deakins strove for. The black levels are perfect, no other word for it, and the desaturated aesthetic comes into astonishing clarity thanks to the transfer’s exact levels of contrasting. There are no markings, no haloing, no flaws. This is as perfect a visual transfer as you are likely to see this year—and similar things could be said about the audio transfer. The dialogue remains clear, despite the dutiful attention given the incredibly popular soundtrack. Sparse audio effects and atmosphere noise are given a clean transfer as well, though there are moments when the field can sound a bit cluttered. Overall, however, this is mind-bogglingly great work.

These extras are pointless and largely without any redeemable value. I’m sure there are some people who enjoy the music video for “I Am a Man of Constant Sorrow,” but since we hear it almost in full twice in the film and the video is mostly made up of clips from the film, it seems pointless. The making-of featurette is lazy and uninteresting, and if there’s a smidgeon of interest in seeing the storyboard comparisons in two scenes, it certainly isn’t anything that adds to any understanding of what the film is or wants to be. A theatrical trailer is also included.

This “Lawrence of Arabia of Hayseed Movies” is only marginally noteworthy in the Coens’ canon, but the stunning 1080p transfer makes a case for repeat viewings on its aesthetic heft alone.

Review: Patricio Guzmán’s Nostalgia for the Light on Icarus Blu-ray