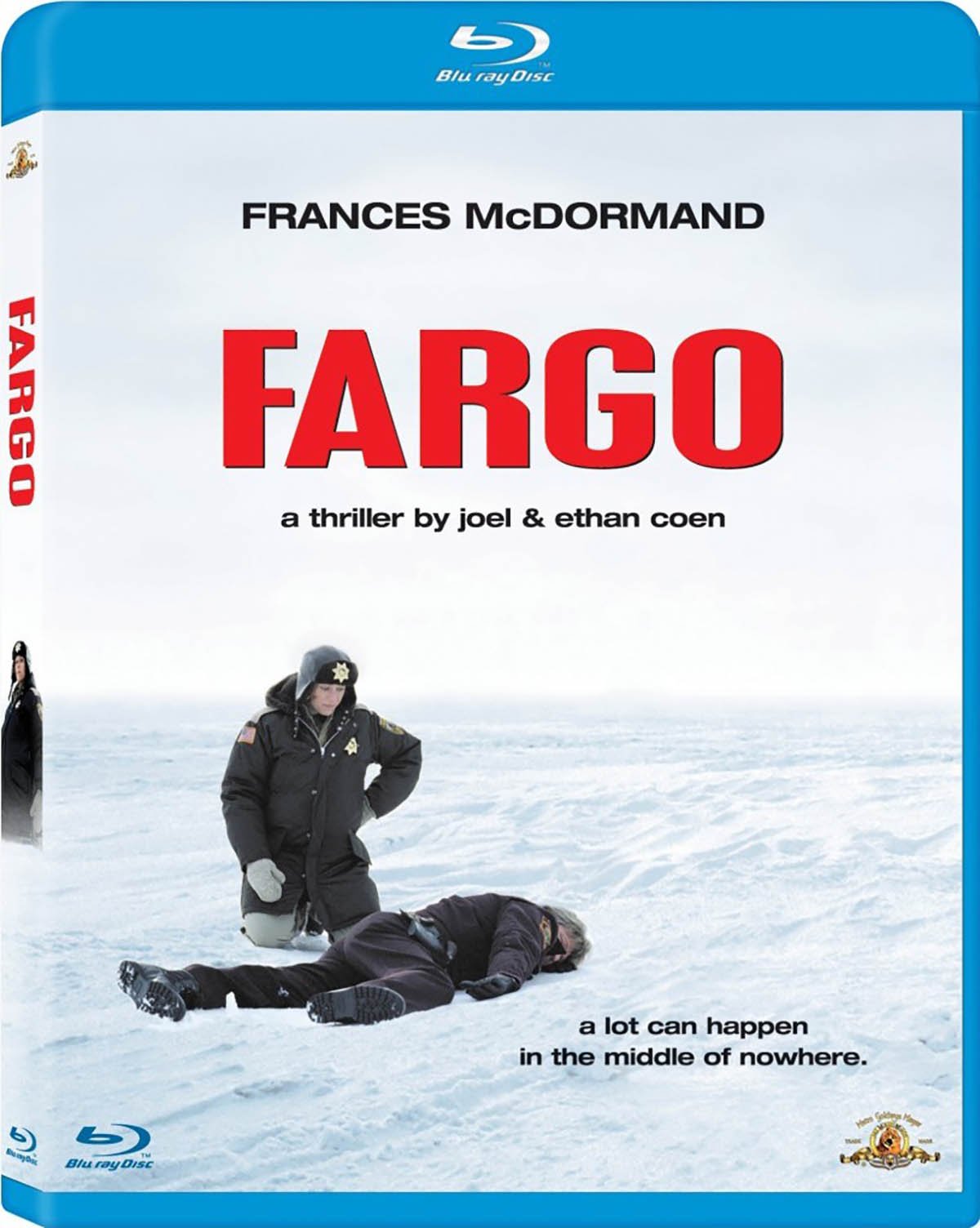 Having spent my entire life so far in the frozen tundra of Minnesota, I’m admittedly biased when I say that Fargo is Joel and Ethan Coen’s best film to date outside of, perhaps, the comparably tight and bloody No Country for Old Men—which, come to think of it, also boils down to yokels and scary mute motherfuckers chasing down a briefcase full of cash. And while I hate to admit that my appraisal has the unintended effect of validating the Oscars’ taste, being that those two are also the only films by the Coen brothers to win Academy Awards to date, you could hardly say that either film panders to the Academy’s middlebrow sensibilities.

In fact, back in 1996, Fargo had the passive-aggressive Minnesota-nice collective split violently down the middle, and you couldn’t even bring the film up in conversation without first making sure the pans of hot dish were safely nailed down. For everyone who appreciated the Coens’ sardonic twist on subzero human behavior, there was another Ole or Lena who viewed each of Frances McDormand and William H. Macy’s “ja, sure” interjections as not too good a deal for our state pride.

But fuck that noise. Minnesota’s quintessentially Scandinavian character doesn’t exhibit overt pride, but instead a taciturn, emotionally avoidant stoicism. And what better opportunity to pimp out your stiff upper lip than to undergo a little bad-natured ribbing? And Fargo opens with a pretty strong roundhouse slap: a title card indicating that the (totally fabricated) plot of the film was based on true crimes, implying that Minnesota is such a remote and irrelevant cultural environment that a half-dozen people could get slaughtered in one weekend and even the locals wouldn’t be quite sure if they remember that actually happening. (Some did, others didn’t.)

Fargo, more than any of the Coens’ other work, is a study in contrast, namely in the sense that it’s made by two people who were clearly at one time insiders, but who have now taken the opportunity to see the Midwestern template from the outside. As such, every interaction in the film registers as a direct reflection of incongruous elements and repressed tensions.

The plot itself is a contradiction. It’s on the surface a neo-noir crime drama, but the story isn’t spiked with twists, and the law seems firmly in command of the situation. What’s more, as represented by McDormand’s doughtily pregnant, perpetually parka-covered police detective Marge Gunderson, the law is the film’s most empathetic presence. As she professionally, unhurriedly solves one of cinema’s most open-and-shut cases (Macy’s Jerry Lundegaard commissions two hired hitmen to kidnap his wife and hopes the crime will pry some money out of his boss/father-in-law’s wallet, and is horrified when everything unravels after a routine pullover), she also waddles through a series of seeming non sequiturs, all of which accentuate the relationship between outstate Minnesota and the Twin Cities, between behavior and intuition, between considered silence and chatty idiocy, between “Mack-Donalds” and Crockpot-simmered “sup-purr.”

The Twin Cities themselves, where both the Coens and I grew up, are like one big civic exception. Neither Minneapolis nor St. Paul are particularly massive cities on their own (the former just barely makes the list of the 50 most populous cities in the country, between Tulsa and Colorado Springs), but put together with their suburbs, they’re the 15th most populous metropolitan area in the country and account for three of every five Minnesota citizens. Depending on how you slice it, we’re a couple of small cities that think we’re big, or we’re a teeming, vital metropolis that feels paradoxically small.

To anyone who didn’t grow up here, the distinction might seem mundane, but it’s one that the Coens understood while making Fargo, and it drives the comedy-horror of a vapid environment by repeatedly homing in on the quotidian small talk characteristic of people who define themselves by defining themselves. Even Steve Buscemi’s outsider feels compelled to make like a Minnesotan and jabber on about how he believes the IDS Tower was the tallest building in the Midwest after the Sears Tower, which it never was, but which makes for an accurate representation of our hollow hubris.

Do you have to be a Minnesotan to really get Fargo? As the saying goes, you could do a lot worse. But even beyond the regional colloquialisms and the broad accents, which most of us in the Twin Cities are quick to claim are more the province of the outstate crowd, is another smartly constructed, wickedly executed black comedy about the inherent weirdness of people, a satire reflecting how humanity’s grand, inevitably failed gestures (represented here by cinematographer Roger Deakins’s Lawrence of Arabia-pinching opening shots and composer Carter Burwell’s insistently, hilariously ethnic dirges) are no match for mankind’s pettiness and stupidity. In the end, all the righteous bloodshed in the world isn’t even worth a three-cent stamp.

I’m not sure if this transfer came from the same source as the one used for the special edition DVD a few years back, but even if it did, the Blu-ray opens up worlds of detail. What on DVD seemed a little bit muted and pale, which I had assumed was intentional to better match the Minnesotan populace, is now rendered in glorious, high-contrast grain. It looks fantastically filmic. The night scenes aren’t quite as pitch black as the ones in the No Country for Old Men Blu-ray, but they’re close. There is absolutely no shortage of audio options. I didn’t listen to them all, and I can’t tell you what “ja, sure” translates to in Japanese, but the English options are crystal clear, punctuated by percussive gunshots.

These extras are indeed recycled from the special edition DVD, which is a shame since there wasn’t a whole lot there. Beyond an underwhelming commentary track by Roger Deakins, there’s a 30-minute featurette “Minnesota Nice,” which puts the lie to the term, an American Cinematographer article about the film, and the standard photo and trailer galleries.

Fargo is the Coens’ most ice-cold satire, but also features its warmest character.