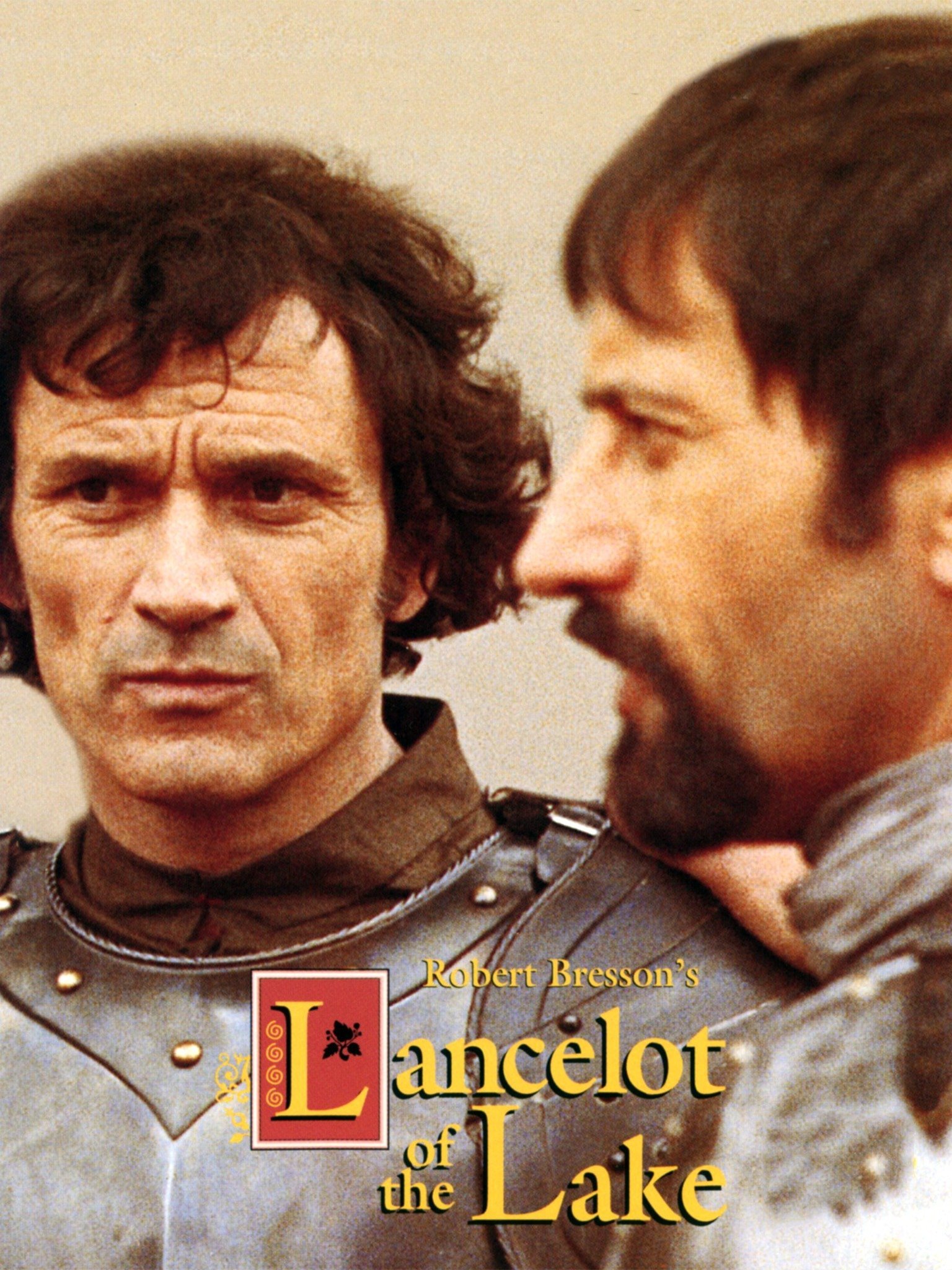 Robert Bresson’s Lancelot du Lac is one of the filmmaker’s late films—his 11th feature and his third in color (after Une Femme douce and the rarely-seen Four Nights of a Dreamer). What sets these later color films apart from the earlier ones is that they offer little to support the dominant, and at least partially inaccurate, approach to Bresson’s cinema. The general idea is that Bresson is an austere and spiritually troubled Jansenist. (Jansenism is a type of Catholic heresy that, loosely put, emphasizes original sin, divine grace, and predestination.) To be certain, Bresson is a slow, peculiar, and deliberate filmmaker. But he also inspires passionate devotion in those who react positively to his work, and this is largely because his films are richer than their mainstream characterizations suggest.

Commentators often overlook Bresson’s penchant for beautiful young women, his fascination with youth and popular culture (The Devil Probably), and his formal playfulness, streaming in an unpredictable narrative rhythm in Pickpocket or reworking some of his old teacher René Clair’s tricks in his rare 1934 short A Public Affair. Compared to John Boorman’s Excalibur, Lancelot du Lac is a relatively uneventful interpretation of Arthurian myth, told over the course of a short period of time during Lancelot and Guinevere’s love affair. Admittedly, there is little in the way of youth culture or a playful modernist sensibility, but this is also far from a pious retelling of the Arthurian heroes’ quest for the Grail. The film focuses much more of its surface attention on the day-to-day living of Arthur’s court, the passions of Lancelot (Luc Simon) and Guinevere (Laura Duke Condominas), and the matter-of-factness of battle and jousting.

One suspects that Bresson wanted to interpret Arthurian legend in a way that would emphasize its petty emotions and physicalities. Why else should he stage Guinevere and Lancelot’s solitary moments in a hay-strewn loft? Why else should he let the camera linger a moment on Guinevere’s sensuous backside? Why else should he shoot a jousting match from the knights’ knees down? However, because Bresson’s cinematic personality is as deliberate and clean as it is, the viewer is tempted to chalk up the bizarre and moving experience of watching Lancelot du Lac to some latent spirituality or grace. Those of us with dissenting opinions can stretch out inside of Bresson’s films a little more, though—because the director is so fascinated with the visual, aural, and tactile worlds he films, it’s very easy to respond with equal fascination.

One could say that Lancelot du Lac is about nothing more than the clanging of armor or the movements of legs, but the fact that he cares about the way situations look and feel, its textures and emotional tones (even as filtered through the singular Bressonian personality) is exceedingly important—and exceedingly cool. The chances that Bresson will impress those entirely and happily bred on contemporary Hollywood cinema are, sadly, not very good. His thin plots often elide psychology and conventional pacing, his actors’ distinctive line readings don’t initially appear very interesting, and some are bound to be puzzled by his fascination with unusual shots (such as extended close-ups of single body parts). But it’s not Bresson’s fault for being an uncompromising and distinctive artist—it’s to his credit.

Like A Man Escaped, this DVD edition of Lancelot du Lac was struck from a PAL master, but you’d have to have the eyes of a hawk to pick up on the speed-up and ghosting effects that do happen as a result. One can only imagine the amount of time and money that goes into restoring a film like this, and though this is actually a good transfer, it could have been better had the dust and blemishes been wiped off. By comparison the Dolby Digital 2.0 mono tracks on both the Lancelot du Lac and A Man Escaped DVDs are surprisingly good.

Theatrical trailers for Lancelot du Lac, Underground, The Eel, The Wind Will Carry Us, and Beau Travail.

For Robert Bresson fans, this DVD edition of the film is as good as it gets for now at least.