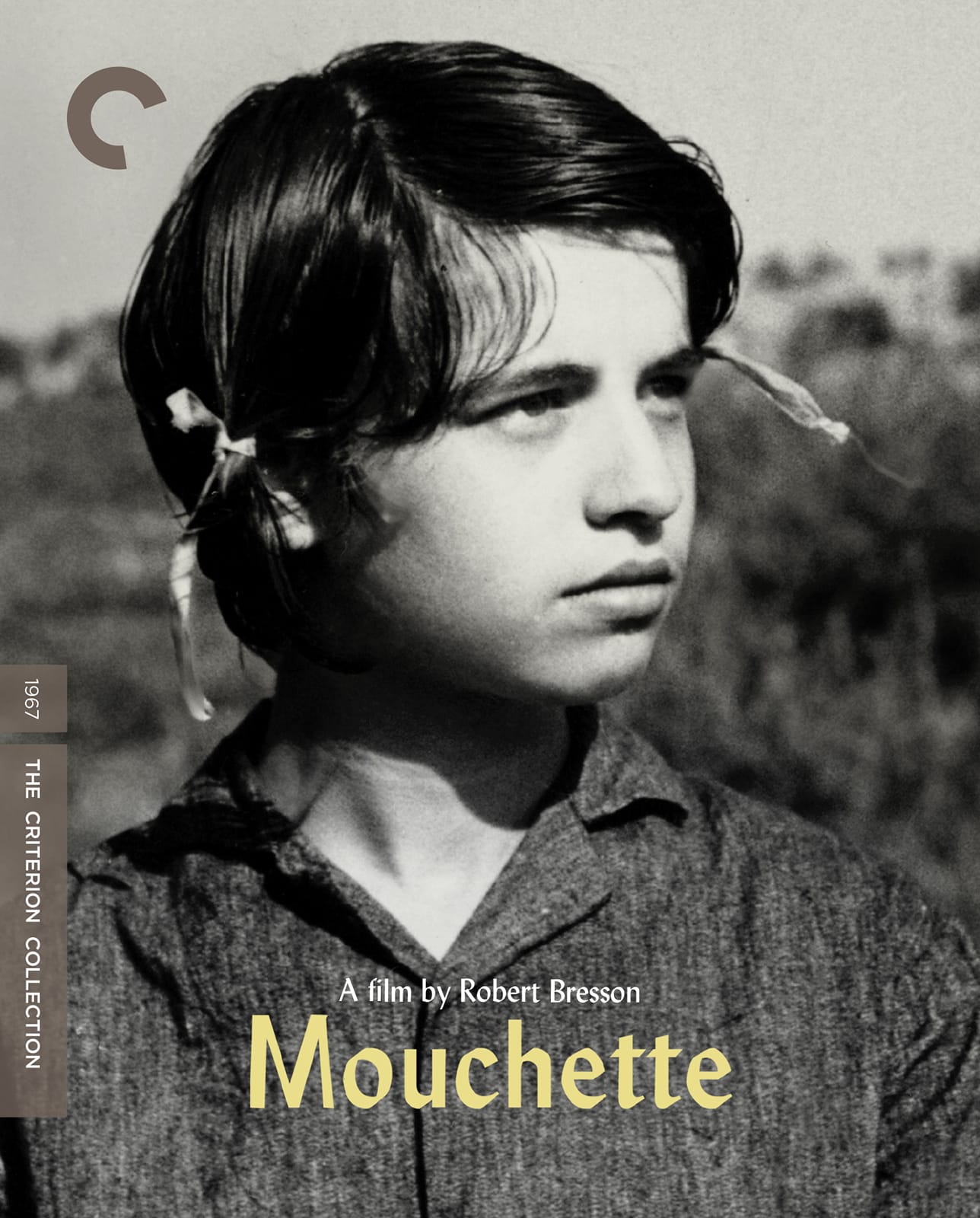 Early in the commentary track included on the Criterion Collection’s Blu-ray edition of Mouchette, film critic Tony Rayns makes the almost counterintuitive comparison between Robert Bresson’s 1967 classic and the works of the French surrealists in terms of their mutual preoccupation with sex and death, mentioning in particular Georges Bataille, who literally wrote the book on the subject, Erotism: Death and Sensuality. What’s particularly striking about this claim is that, while Bataille consistently privileges excess as both style and content, Bresson is the master of aesthetic restraint to the point of minimalism, exemplifying what Paul Schrader refers to as “transcendental style.” Yet both men evoke the complex intertwining of sex and death, how each contains the seeds of the other, in an everchanging dialectic of continuity and discontinuity.

Where Bataille offers recondite theory, Bresson grounds his observations in the concrete minutiae of daily reality, illustrating, for example, the sexual awakening of the film’s eponymous heroine (Nadine Nortier) as a series of children’s games. Early on, several schoolgirls twirl on an iron bar, cheekily exposing their knickers to a group of boys. Most famously, Mouchette is courted by a young man while riding the bumper cars at a local fair. Exchanged glances commingle with the abrupt collisions of their dodgems, not only mimicking the sex act, but also introducing a certain element of violence into the equation. On the long, dark night when Mouchette is attacked by Arsène (Jean-Claude Guilbert), a local poacher, she tries to postpone the inevitable with a game of hide-and-seek.

Another element that links Mouchette with the surrealists is the main character’s penchant for open rebellion. Scorned by her schoolmates, she responds by slinging mud at them. In fact, the entire last act of the film comprises her escalating retaliations against the hypocrisy and narrow-mindedness of her fellow provincial citizens. And again this involves varieties of filth: dirty language aimed at her brutish father (Paul Hebert), smashing crockery and throwing food around, and grinding her muddy shoes into an expensive carpet. Her final act of suicide embraces both these aspects: At one and the same time, it involves besmirching the fine linens she’s just been given, and it’s also the final and irrevocable act of revolt.

Bataille and Bresson also recognize that death introduces discontinuity at a fundamental existential level. Mouchette is bookended by moments that contemplate the notion of death as absence. In the opening shot, Mouchette’s ailing mother (Marie Cardinal) wonders what will become of her family after she’s gone. She then exits the frame, while the camera focuses on the space she’s just occupied. Tellingly, we can see that it’s the entrance to a church. In the final moments, Mouchette rolls herself down a hillside, in another sort of children’s game, before tumbling into a lake and drowning. But, as the ripples fade, and the water clarifies, there’s no sign of her body in the water. Nothingness, which is its own particular kind of absence, Bresson seems to say, is what we leave behind.

The Criterion Collection presents Mouchette in a recent 4K restoration that looks terrific, providing an excellent representation of Ghislain Cloquet’s luminous black-and-white cinematography, and noticeably improving upon their 2007 DVD release when it comes to both image depth and the clarity of fine details. Grain levels appear well-resolved throughout, black levels look uncrushed, and there are no discernible blemishes on display. This being a Bresson film, there’s not much in the way of extraneous dialogue or nondiegetic music, apart from those opening and closing bursts of Monteverdi’s Magnificat. In any case, the French LPCM mono track comes across as perfectly clean and clear on both counts.

Criterion carries over all the extras from their earlier DVD release. The commentary track by film scholar Tony Rayns is characteristically incisive. Rayns has a lot to say about Bresson’s celebrated “cinematographic” technique, differences between the film and its source material, and the controversial ending of the film, which he sees as a happy one. Au Hasard Bresson is a 30-minute documentary from Theodor Kotulla, with lots of fascinating footage of Bresson on the set of Mouchette, and providing apt summaries of some of his aesthetic theories. A segment from a 1967 episode of the French television series Cinéma offers a glimpse of Bresson filming a key scene in Mouchette, and includes a wry take on his own acting skills from one of his non-professional “models,” Jean-Claude Guilbert, who has the distinction of working with the director on more than one occasion. The unconventional trailer, with its inveterate and irreverent wordplay, could only have come from Jean-Luc Godard, despite his longstanding denial of its authorship. Last but not least, the booklet contains an incisive essay from critic Robert Polito on Mouchette as an example of Bresson’s late style.

Robert Bresson’s Mouchette is a gorgeous valedictory to rebellion and resignation.