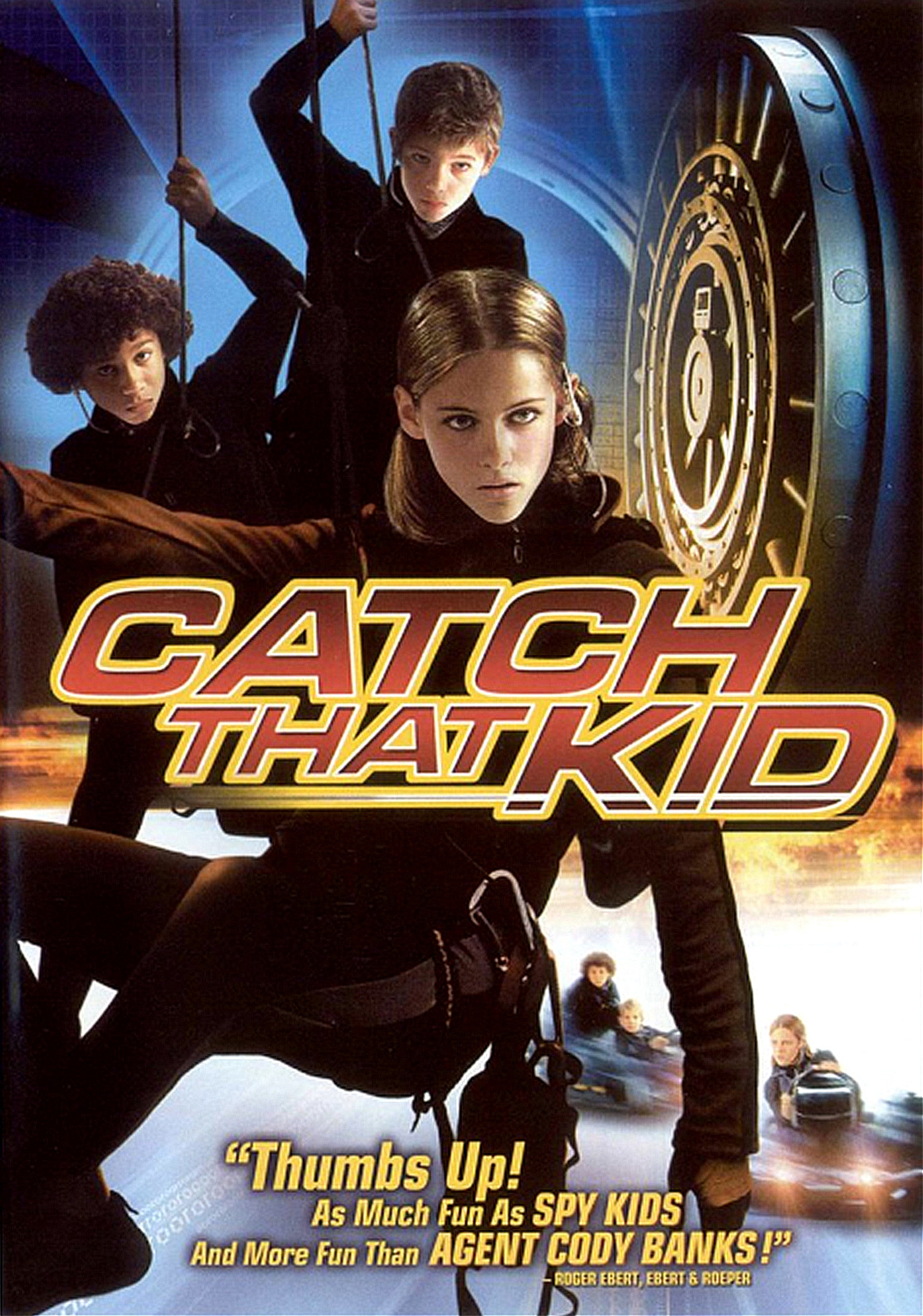 Now that the Spy Kids trilogy has whiz-banged to an end, and with a sequel to Agent Cody Banks on the way, Fox saw the need to exploit those films’ kiddie superspy chic and “yay family!” message and graft them onto a wobbly-wheeled heist flick chassis. Unsubstantiated rumors insist that Catch That Kid was actually based on a Danish work called Klatretøsen, but a more likely explanation is that scribes Michael Brandt and Derek Haas simply dusted off a subplot they didn’t use in 2 Fast 2 Furious, substituted go-karts for tricked-out Hondas, substituted four-letter words with things like “dorkus” and “buttmunch” and called it a day. Maddy (played by Panic Room’s grim-faced Kristen Stewart) is a young teen obsessed with climbing. Her dad (Sam Robards) is a former climber who now runs a go-kart course—or, at least, he did until he collapses one day, paralyzed as the belated result of an injury he sustained when climbing Mount Everest. The only treatment for his condition is some experimental surgery not covered by the family’s insurance policy and one that can only be done in Denmark for $250,000. Maddy’s a smart girl and so realizes it might be a good idea to take advantage of the fact that Mom (Jennifer Beals) is a security consultant currently installing a super high-tech vault at a bank—and it’s this proximity to the vault’s security system that gives Maddy the inside track just in case she wanted to steal the quarter million dollars from the bank, which she does. The bank’s president (Michael des Barres, who always comes off as a third-rate Malcolm McDowell, but enjoyably so) is a big ol’ meanie who wouldn’t give Maddy’s mom a loan for the operation, which helps smooth over any moral complexities about the robbery. Maddy enlists her best friends, a pair of boys who fortunately have useful skills (and have crushes on her, which she exploits pretty mercilessly): blond and somewhat thick Gus (Max Thierrot) is a go-kart whiz whose brother is interning as a security guard at the bank, and curly-headed Austin (Corbin Bleu) is an amateur filmmaker. The heist itself is your usual high-tech, sub-Mission: Impossible knockoff, with only some idiot adults, including James Le Gros (camping it up pretty poorly as a stooge-like idiot security guard), in the kids’ way. Despite the block-headed script and lazy direction (by former indie helmer Bart Freundlich), there’s an engaging seriousness to Stewart’s performance that briefly helps the film poke its head over the kid-power clichés and Xbox-inspired action, but it doesn’t come to much in the end. Too silly to provide any serious drama about Maddy’s awful plight and too serious to make it as escapist entertainment, Catch That Kid ultimately comes off as a crass amalgamation of all its influences, The Italian Job with go-karts instead of Mini Coopers.

The good news: edge enhancement is nil and shadow delineation is good. The bad news: skin tones are sickly during some sequences, blacks are flat, and many interior sequences are distractingly grainy. Also, the print isn’t very clean-check out the green dinosaur at the beginning of chapter 13 for proof. As for the Dolby Digital 5.1 surround sound, there are enough music swells (gotta love that “chick music,” to quote Kristen Stewart) and beeping gadgets throughout the film to keep the track very busy. Overall, it’s a very well-rounded mix.

God, teenagers are unbearable. First up is an annoying goofball commentary track by Kristen Stewart, Corbin Bleu, and Max Thieriot. (It was very hard to get past the point where they said the film “rocks.”) Very little insight here; instead, you’ll have to settle for endless shits and giggles. Like, for sure. For those who couldn’t get enough of the Oscar nominated “Gone Nutty” short (available on the Ice Age DVD under a different name), Fox has curiously decided to include it here. Rounding out the disc are trailers for Catch That Kid, Like Mike, and an Inside Look at Garfield.

Catch That Kid? Let’s not.

Review: The Lord of the Rings: The Return of the King on New Line DVD