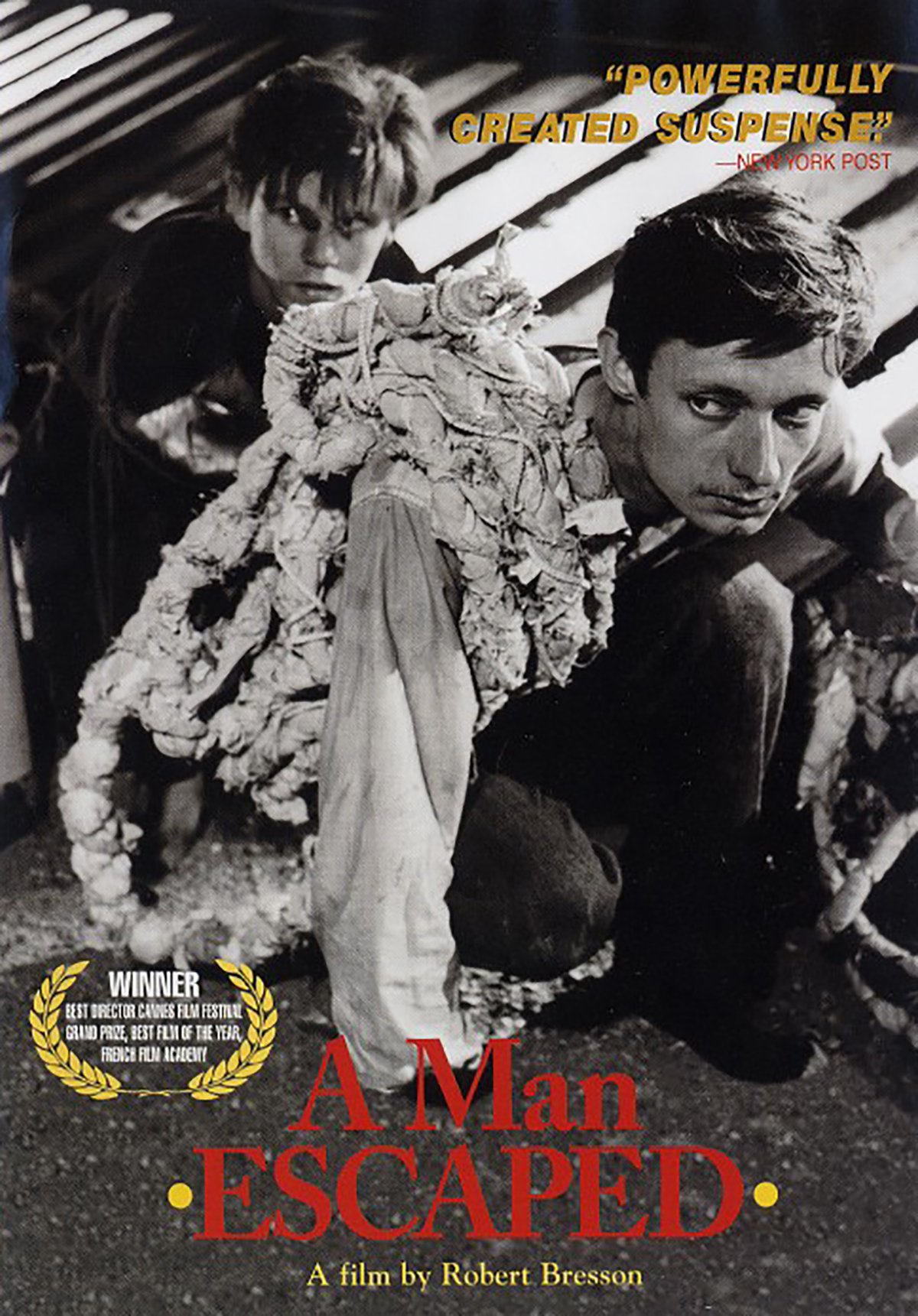 An excellent companion piece to the similarly existential Pickpocket, Robert Bresson’s A Man Escaped (based on a book of the same name by André Devigny) is the suffocating yet hopeful story of a Resistance fighter’s daring escape from a Gestapo prison. The genius of the film is obvious from the start: The way Bresson breathlessly postures Devigny’s autobiographical account as a modern spiritual fable and the intensely suffocating aesthetic that truly evokes the squashing of the human soul. In prison, the meek Fontaine (Francois Leterrier) awaits his inevitable execution, and in an attempt to forge a human connection with his fellow prisoners, he begins to scratch and pick at the walls of his cell. This struggle for humanity is devastating, and certainly there’s no sadder scene in the film than “the death of an unseen friend.” The walls of Fontaine’s cell represent not only his disconnect from the world but a disconnect from himself, and his escape from prison comes to symbolize the rebirth of his spirit. That’s not to say that Bresson lays on the spiritual allegory thick. Yes, there’s plenty of talk about ghosts, temptation (one prisoner must decide if he wants to escape with Fontaine), the purging of sins, and relationships to no doubt sacred mothers, but A Man Escape isn’t so much an avowal of religious dogma as it is a deeply humanistic proclamation of the power of faith. When Fontaine and his roommate Jost (Charles Le Clainche) scale the roofs of the prison complex, the former stares into the black night and Bresson confronts him with an uncertain vision of the future. Fontaine is like a blind man using sound to decode the world around him and perpetuate his escape. In the end, physical confinement forces him to connect to his spirit and allows him to embrace the future.

Like New Yorker Video’s Lancelot du Lac DVD, the good and the bad similarly applies here. This DVD edition of A Man Escaped was struck from a PAL master, but you’d have to have the eyes of a hawk to pick up on the speed-up and ghosting effects that do happen as a result. Dust and blemishes abound, but the photographic hue is very handsome. By comparison the Dolby Digital 2.0 mono tracks on both the Lancelot du Lac and A Man Escaped DVDs are surprisingly good.

Not exactly a definitive DVD package, but A Man Escaped is a must-own.