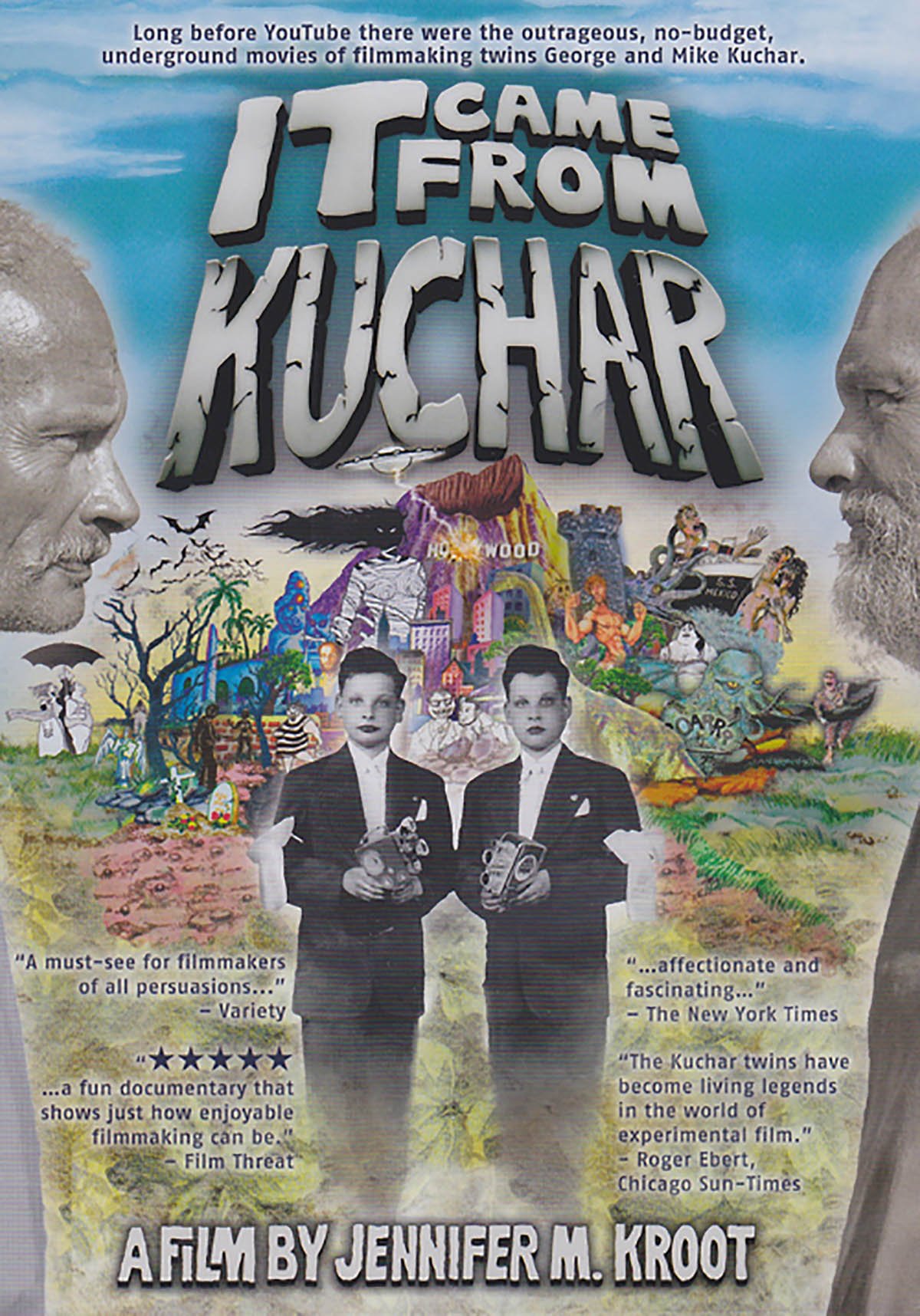 An unbridled passion for filmmaking spews forth from every corner of It Came from Kuchar, Jennifer M. Kroot’s illuminating but often soft documentary on underground cinema auteurs George and Mike Kuchar. It’s clear from the opening moments that the documentary acts as a catalyst to celebrate the brother’s work rather than analyze their complex role in film history. In that respect, the film is a treasure trove of simultaneously hilarious and frightening clips from the Kuchar’s extended oeuvre, glowing interviews from all kinds of filmmakers, critics, and past students, and the occasional awkward moment shared between the brothers themselves. There’s a constant sense of wonder and celebration throughout this examination, and director Jennifer M. Kroot seems satisfied with simply gleaning tonally specific responses from her subjects and interviewees.

The Kuchars came of filmmaking age in the mid 1960s, crafting low-budget films on 8mm then 16mm, invariably helping define the experimental/camp movement of the era. Prolific in both work output and style, the brothers became subversive icons in the NYC filmmaking scene, influencing everyone from John Waters to Wayne Wang (how’s that for diversity?) with their distinct combination of sexual imagery/repression, extreme genre iconography, and hilarious tangents. Both George and Mike share memories from these early filmmaking times, including how they cast actors, established narrative, and found locations for their mini epics. That they decided to make separate types of films fuses this disjointed timeframe with even more mystery, as the overlap of one bustling aesthetic influences and battles another.

It Came from Kuchar slowly catches up with the present day, first briefly examining the men’s sexuality, their friendships with other gay filmmakers, and their consistent but diverging film careers. Interestingly, George and his engagingly fun teaching style come to the forefront and Mike’s more reserved and disjointed outlook fades to the background. Kroot and her camera get kinetically drawn toward George’s time at the San Francisco Art Institute where he currently makes crazy genre hybrids in a student film class, like a deranged silent film director orchestrating a rhythmic symphony of barebones chaos. So naturally this takes up a great deal of the film. It Came from Kuchar pays far less attention to Mike, who often seems lost in the interviews and unable to verbally express himself like his brother. He becomes somewhat of a cipher as compared to George, and this unbalanced sense of story becomes a problematic issue for Kroot throughout the film.

There’s a palpable energy on display in It Came from Kuchar, both for filmmaking, collaboration, and art in general, and this aura becomes the film’s greatest ally. Kroot wonderfully juxtaposes some of the Kuchar’s most singular cinematic scenes with the brothers’ fond ruminations on the production, experiences that often included their supportive mother, a mosaic of friends/actors, and finally a long line of protégées who’ve been weaned on the bible of Kuchar. The film isn’t especially complex or dynamic, nor do the brother’s carry a weighty gravitas in remembering their lives in front of and behind the camera. But both document and subject resonate with a subtle and often beautiful glow for moving pictures and how they can change a viewer’s perspective, shift the boundaries of taste, and challenge preconceived notions in the process. The Kuchars are unflinching in their desire to simply create films and not delve too deep into the reasons why, prolific in product and purpose but enigmatic when dealing with the personal. Like many of the most crucial and obscured filmmakers, we’ll have to settle for looking at their deviant work to fill in the gaps.

The visual presentation ebbs and flows between crisp digital video and grainy archival footage/movie clips. While occasionally choppy, these transitions have a textured quality that lends well to the small screen. But much of the exterior DV is blown out and flat, giving the transfer an amateurish look at times. The sound design is well balanced and often includes great effects from the Kuchar films. Interviewees and ambient sound are all clear and merged well together.

Anchored by a jovial and intriguing joint audio commentary featuring director Jennifer M. Kroot and the Kuchar brothers concerning their films and famous filmmaking friends (John Waters, Andy Warhol, etc.). Ironically, Mike’s personality becomes far more clear here than in the film. There are a host of deleted/extended scenes for those even more curious about the Kuchars and a short film entitled Egg Racer, the fitting winner of the “It Came from You” short film competition celebrating underground cinema, proving the brother’s influence is still on display.

While an illuminating introduction to the Kuchars as lasting filmmakers, It Came from Kuchar unfortunately doesn’t delve very deep into the brothers as complex human beings.