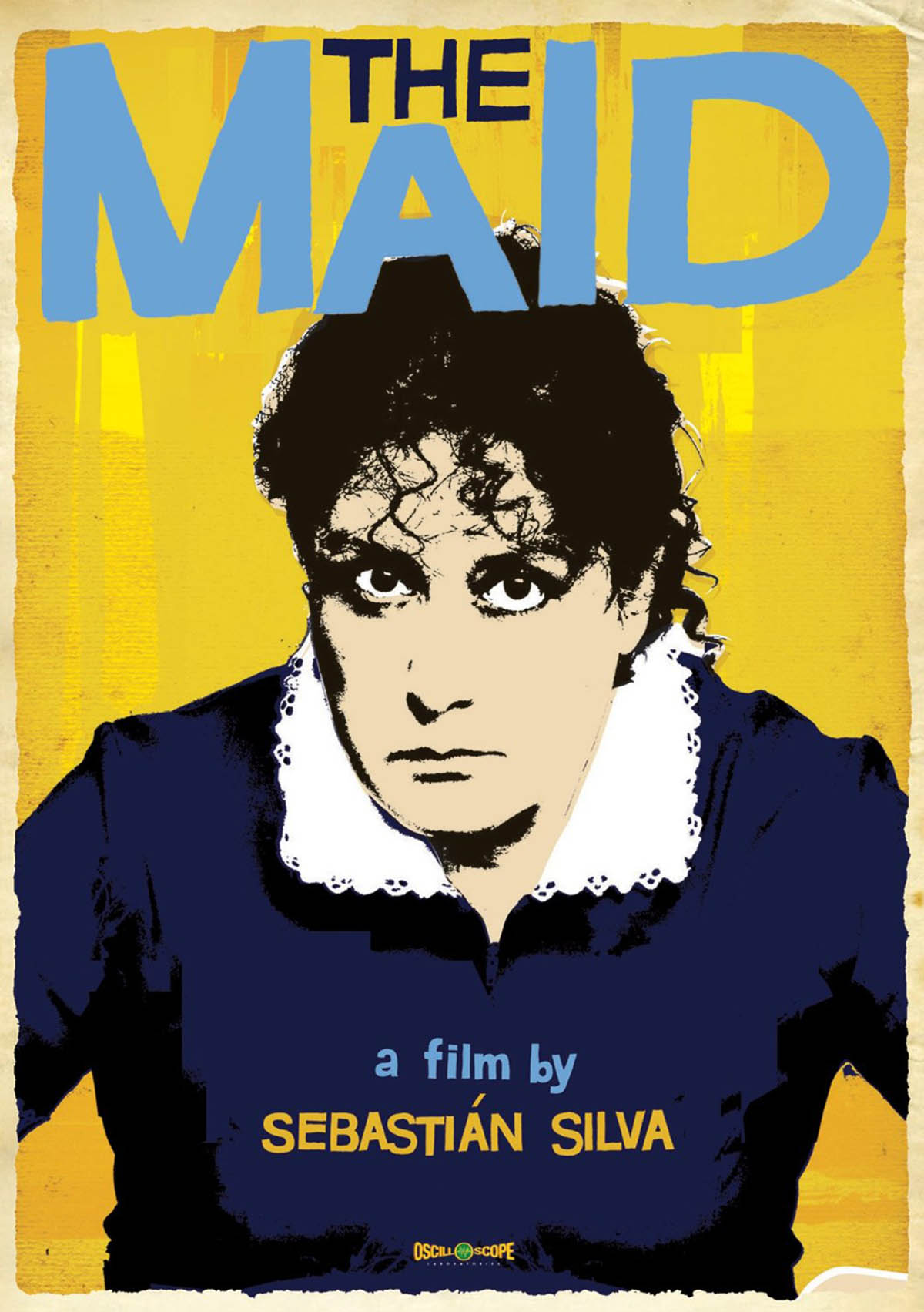 Raquel (Cataline Saavedra) has served the same upper-class Chilean family as a maid for over 20 years and her body is beginning to literally rebel against the gruelingly monotonous routine. Stifling headaches evolve into the occasional fainting spell, pretty obviously caused by an obsessive need to bleach the bathroom everyday. But Raquel’s connection to the household drives her despite these setbacks, because after so much personal time in one space she genuinely feels like an unofficial member of the family. After matriarch Pilar (Claudia Celedon) notices Raquel’s declining health, she hires another maid to help out. But Raquel sees this as an invasion of her territory, an act of war instead of a needed opportunity to rest. This battle between physical erosion and mental panic drives Sebastián Silva’s The Maid, a potent character study about a woman tethered to her own torture chamber by an unflinching false sense of duty.

Fittingly, the film begins with the image of the kitchen wall just outside of audible range from Pilar, her husband Mundo (Alejandro Goic), and their four children eating dinner. Raquel walks into the kitchen slowly, sullen face draped downward, then sits and vaguely listens to the distorted tangents of rowdy kids and disinterested parents. Then, there’s silence. Raquel hears shuffling, and the entire family begins calling her name, asking her to enter the dining room. She treats the invitation as if it’s her death sentence, but the group merely wants to surprise her with a birthday cake. This telling opening scene introduces the fragile dynamic shared between each character and Raquel, all defined by understated glances bridging the large divide between kin and employee. It’s rocky terrain, but a place grounded in nuance rather than cliché.

Silva finds his directorial groove in the rhythms of Raquel’s daily existence, stalking her with his handheld camera during moments of banal work and quiet personal reflection. Raquel’s aversion to outside personalities make certain scenes crackle with dark undertones, especially in the early moments when she nearly becomes an “evil” character. But these passive-aggressive shots across the bow never paint Raquel as a monster nor define her humanity, even when she outlandishly poses in front of a mirror with a guerrilla mask on. This is a woman in distress who doesn’t know how to buck the cyclical trend constantly boomeranging her from trite indifference to exuberant passion.

The Maid subtly mixes awkward humor with human desperation, positioning Raquel often out of frame, excluded from conversations and actions. In this sense, Silva’s film becomes about perspective, or the lack of one amid a bustling environment filled to the brim with movement. Consistent servitude has made Raquel a fixture in this family, but she’s drowned her own sense of self in the process. The ambiguity behind Raquel’s background allows Saavedra to construct a deepening resonance within the character as the film progresses. She utilizes an array of facial ticks, hunched over body positions, and sudden jolts of panic to give Raquel a tangible worry that seeps through her bones like a cancer. Decades of watching other people live might be the culprit, but it’s the personal inaction that’s pounding the final nails into Raquel’s coffin.

Silva’s narrative trajectory hits some bumps a long the way, especially during moments inserted to give the surrounding children added depth. But the film really isn’t about them, nor is it concerned with the outside world at all. Like Raquel, The Maid walls itself in to visualize the physical vice slowly squeezing the life out of its protagonist. Yet Silva goes to great lengths to humanize Raquel, and by the end of the film her plight has evolved into something transcending genre or easy description. In a surprisingly resolute finale, Raquel momentarily exits her stagnant mental space, escaping the toxic fumes of apathy and breathing ideologically fresh air in a proud, upright position. For the first time, she’s truly in motion.

Unfortunately, the DV cinematography doesn’t transfer well to the small screen, as details on faces and objects appear soft and unclear. Skin tones take on a yellow hint under artificial light, and nighttime sequences are blurry and grainy at best. Natural light gets blown out from time to time, making certain compositions difficult to render. Still, the audio of overlapping dialogue is balanced well with the ambient sounds of passing cars, vacuum cleaners, and a host of other sources beautifully on display. The subtitles are always easy to read and never obscured by blotches of white.

I expected more from this disc after seeing the great cover art produced by Oscilloscope, but the disc only contains a few fleeting extras. There’s a behind-the-scenes section, which shows random unfiltered clips of each major production member and actor that slightly contextualizes the film for viewers. Also, there’s an extremely short featurette called “From Sketch to Screen: Storyboarding The Maid,” consisting of rough storyboards juxtaposed with their respective filmed footage. They’ve tacked a photo gallery of pictures from director Sebastián Silva on for good measure. Nothing to get excited about, which is a shame considering the film is such an interesting character study.

There’s plenty to mull over with The Maid, an intriguing film that mixes dark tones and hopeful emotions so effortlessly that it’s hard to tell them apart. But the DVD is devoid of extras and banal looking at best, so a rental is more appropriate than a purchase.