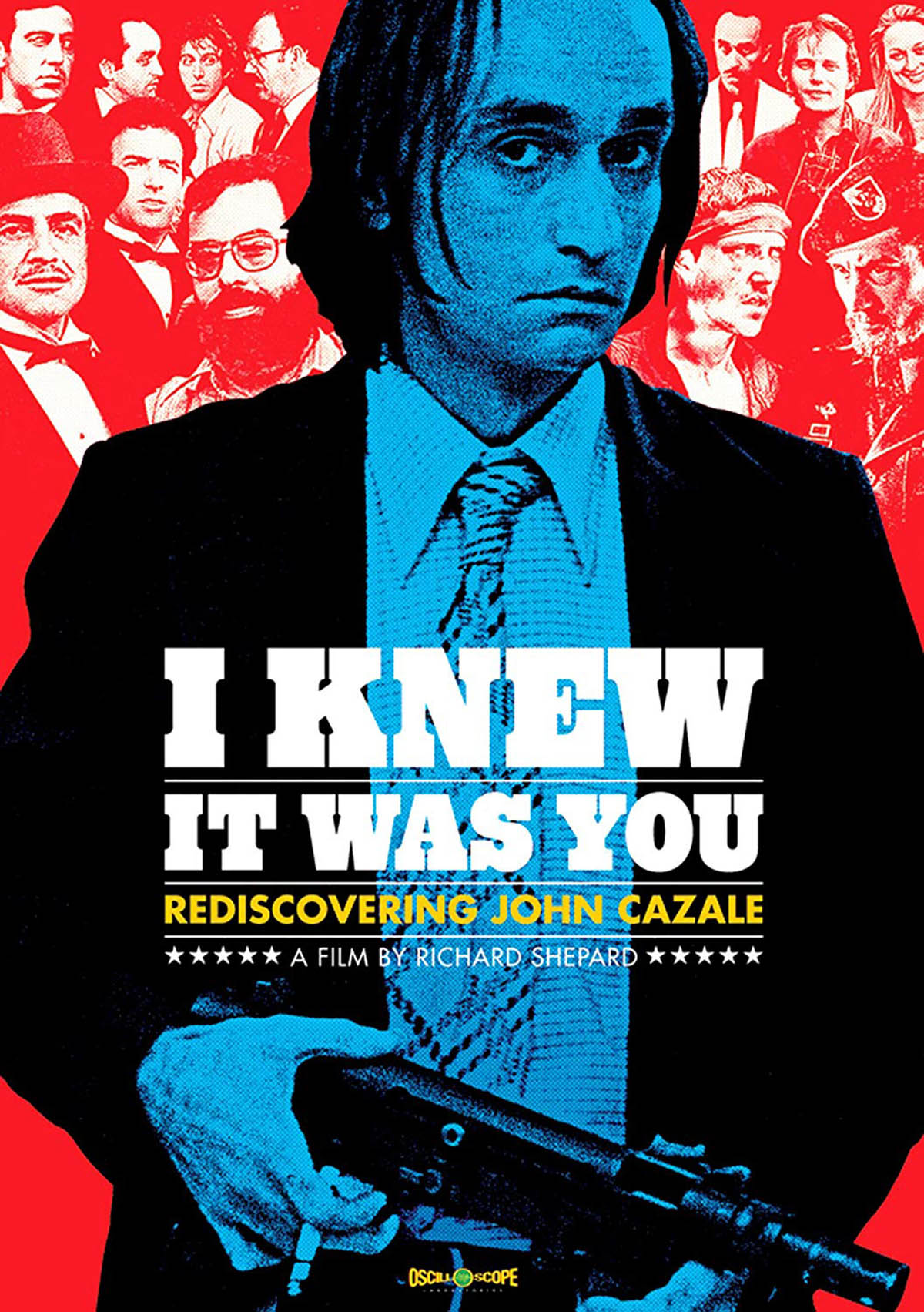 The title of Richard Shepard’s short documentary on the character actor John Cazale, I Knew It Was You: Rediscovering John Cazale, of course comes from The Godfather: Part II, in which he arguably gave his biggest and best performance as Michael Corleone’s older brother, Fredo. The line is delivered by Al Pacino, who is the most prominent interviewee in Shepard’s film among an eclectic assemblage of magnetic talking heads, including those closest to Cazale (Pacino, Mery Streep, the playwright Israel Horovitz, John’s brother Steve Cazale), colleagues who loved and admired him (Robert De Niro, Gene Hackman, Francis Ford Coppola, Sidney Lumet), and those whose careers were heavily influenced by his astounding abilities (Philip Seymour Hoffman, Steve Buscemi, Sam Rockwell). Shepard might have wanted to name this small yet completely compelling work after a line uttered by his subject, but looking back on the five classics that Cazale appeared in during his tragically brief life, you’d be hard-pressed to find an utterance that he made that was even somewhat as instantly recognizable as “I knew it was you, Fredo…”

But as the film argues, with smart, insightful, and moving critiques of scenes and processes, Cazale was a man that neither demanded nor worked with catchphrases; the lines he read were memorable but never lodged themselves in the collective psyche the way Pacino’s or De Niro’s did. Rather, it was his very presence that took its rightful place in the viewer’s memory bank: his staggeringly subtle physicality, unrivaled ability to summon uncommon intimacy, and that piercing delivery which was often gentle or nervous, but had the potential to turn into a rage that would rival most natural disasters. As the title not-so-coyly suggests, he was an actor that bolstered the ensembles he appeared in and caused his peers to dust off and tailor their game from the moment he strolled on set.

A Massachusetts native, Cazale moved to New York in the late 1960s, after graduating from Boston College’s theater department, and started taking roles in small stage productions while juggling part-time jobs; he met Pacino while working as a messenger for Standard Oil. But Shepard skirts a great deal of Cazale’s childhood and days of hustling, opting to really begin when he was cast in The Godfather by Coppola and producer Fred Roos, following his performance in an Off Broadway production of Horovitz’s Line with Richard Dreyfusss. From there, Shepard details Cazale’s five screen performances and, in a deft, economical decision, sticks to the discussion of the actor’s process, instincts, and attention to detail, trimming away a great deal of his personal life and handling his relationship with Streep with a respectful tenderness. The actress, who met Cazale during a Shakespeare in the Park production of Measure for Measure and appeared with him in The Deer Hunter, his final film, was engaged to him when he passed away from lung cancer at the age of 42.

As would befit such a short yet hugely influential career and such a unique and lovable man, the film’s 39-minute runtime packs a wealth of caring and admiration for its subject without ever feeling sanctimonious, showy, or overly nostalgic. Perhaps because it features four of the major stars of the 1970s, I Knew It Was You has an endearing love and respect for the art of performance and those who devote their lives to refining and honing their acting skills. This partly explains why actors who were perhaps not as close with Cazale as Streep and Pacino talk about him so warmly; he was an actor’s actor, whose obvious talent didn’t get in the way of him speaking enthusiastically about the genius of his co-stars, particularly Marlon Brando. The hushed tone shared by both the film and its participants puts I Knew It Was You in closer proximity to Martin Scorsese and Kent Jones’s elegant A Letter to Elia than to any of the overtly glorifying portraits of politicians and artists that are released as “documentaries” annually. It’s the reason that Shepard’s film doesn’t so much make you nostalgic for the heyday of 1970s cinema as it conveys the palpable heartbreak in an actor who was able to masterfully locate the art in breaking hearts.

I Knew It Was You: Rediscovering John Cazale is presented pristinely in its original 1.78:1 aspect ratio. The simple imagery—made up of talking heads, clips, and a few on-the-street scenes—boasts clear color and texture balance and offers very little more, not that the film necessitates a “showoff” treatment. The same can be said about the audio presentation, though it’s worth noting that while it’s marked as a 5.1 Dolby, it sounds more like a 2.0 track. Nonetheless, it serves this humble film well.

I Knew It Was You is undoubtedly the prominent presentation on the disc, but it must be said that the entire disc plays like a great mixtape dedicated to Cazale. Richard Shepard’s commentary is funny and insightful with some anecdotes about the production and the interviewees. On top of this, there are two extended interviews with Al Pacino and Israel Horovitz that add a bounty of insight into Cazale’s career and personal life. Finally there are two shorts: The American Way, which features Cazale’s first screen performance, and The Box, which he worked on as a cinematographer.

Short and sweet, I Knew It Was You: Rediscovering John Cazale bolsters a handful of strong extras that make this DVD more of a compilation dedicated to the memory of one of the great character actors discovered in the 1970s.