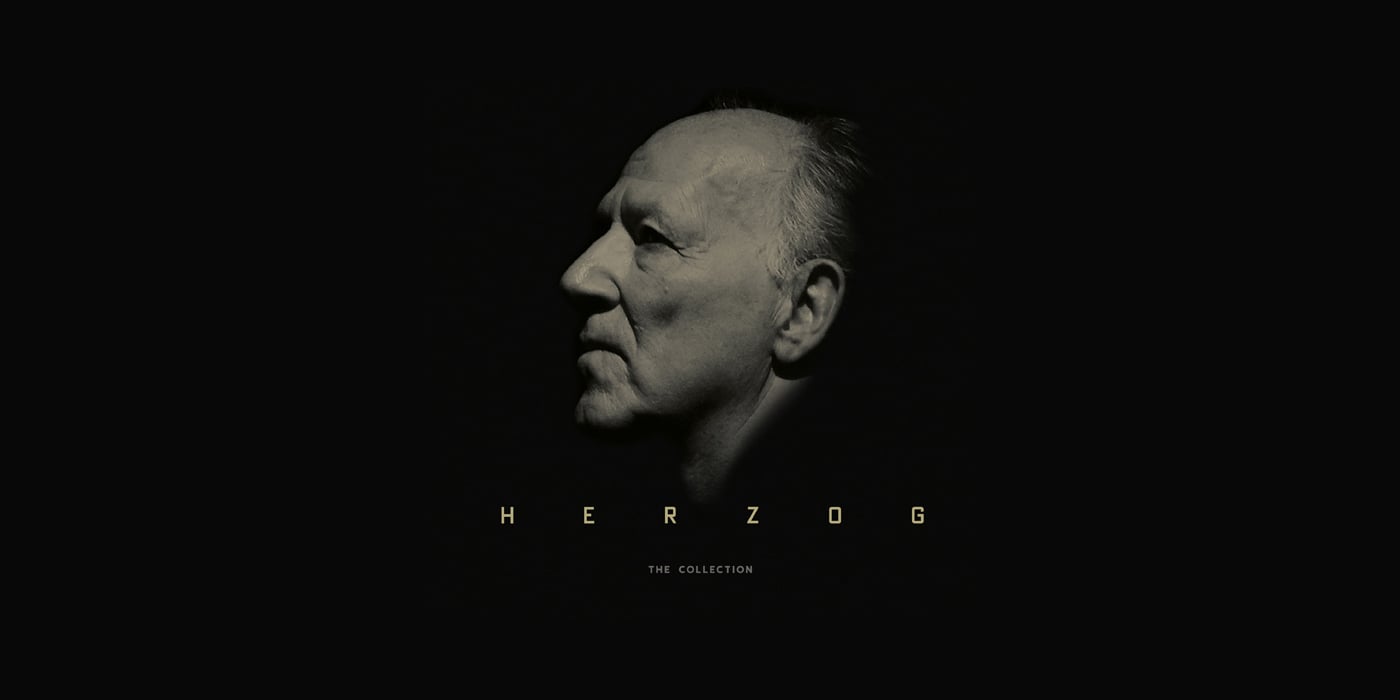 Werner Herzog’s films speak of possibility, not with the usual empty marketing platitudes which tell us that we can be whatever we want to be, but through actual experience. Herzog’s films don’t theorize; they’re the records of something incredible having been achieved or attempted. Most famously, there’s the steamboat that was actually pulled up and over a mountain for Fitzcarraldo. But lesser-known Herzog projects also revel in the quest for personal and social expansion. There’s possibly no other filmography as rich in its concerns for various regions across the world. Herzog has made films about his native Germany as well as Australia, Nicaragua, America, Antarctica, Kuwait, France, and so on. The films reveal to us the inner lives of a rich variety of cultures, and are informed by an incredibly vast range of references that span religions and include both obscure and iconic opera, classic literature, impressionism, and broad slapstick comedy.

Herzog isn’t hemmed in by social or aesthetic expectations or rules; his cinema hints around at the idea that art can be anything, without collapsing into solipsistic nothingness. A traditionally worked-out plot, with a neat three-act structure bolstered by themes that are gracefully affirmed and reaffirmed throughout, is of virtually no interest to him. There are no standard alternating over-the-shoulder shots in Herzog’s films. Ordinary emotional transitory moments are often omitted, and just as often at the expense of immediate coherence (see, in particular, the director’s brilliant and inseparably flawed Cobra Verde). Elements that other directors might take for granted as impersonal, visually grammatical transitions, such as establishing landscape shots, are imbued by Herzog with a mythic, rapturous intensity that far outweighs, say, standard expository dialogue scenes, of which there are also precious few—a tendency that’s literalized in Fata Morgana, which is almost entirely comprised of landscape shots of the Sahara desert. There’s also no line for Herzog between documentary and fictional narrative in filmmaking: The documentaries are often theatrical, while the fictions are just as often informed by unsettlingly unrefined vérité.

Herzog is also a shameless ham with a taste for gimmickry that might even make William Castle blush. When the director waxes in his films on the existential paradoxes of life and the harsh, unforgiving austerity of nature, he’s often irresistibly absurd, though this brio can have troubling implications. There’s often a carny quality to Herzog’s films, which can tonally waffle on a dime’s drop from the empathetic to the mocking. Even Dwarfs Started Small contains the most intense and audacious imagery of revolt and anarchy since Tod Browning’s Freaks, but you have to wade through an interminable first half of queasy, faintly condescending symbolism to get to it (to Herzog’s credit, he ultimately renders this task to be worth the effort). Similarly uncomfortable are the documentaries, such as Ballad of a Little Soldier, that play on familiar, and reductive, pathos of tribesman as easily swayed “others.” And the legendary collaborations with actor Klaus Kinski are haunted and irreconcilably driven by a simultaneous worship and condemnation of fascist power. Like John Huston, Herzog’s informed by both liberal despair and nihilist macho braggadocio.

Those hesitations cumulatively accentuate the freeing, transporting power of Herzog’s films, which often experientially defy conventional rationalization. Herzog’s ultimately a humanist, often reveling in the process of people learning or doing things (such as adopting an ambiguously rendered notion of civility in The Enigma of Kasper Hauser or, more tangibly, fashioning priceless glass in Heart of Glass). His mise-en-scène is one of the most tactile and alive in all of cinema, emphasizing the surrounding animals, plant life, and human faces with shots that often place subjects in the center of the frame looking directly at us. Images are alternately blunt and deliriously beautiful. There isn’t time in Herzog’s cinema for subterfuge and for symbolic fanciness—though there’s often a misleadingly dense symbolic infrastructure, whether the director cares to admit it or not.

Herzog: The Collection adeptly captures the filmmaker’s many facets, though “a” would probably be more fitting than “the” as a titular article. This is more of a sampler course than a comprehensive immersion semester, though the latter would admittedly require dozens of discs at a cost of a few more hundred dollars. There are no films from Herzog’s career after 1999, and so the work that led to his late pop-cultural reemergence in America isn’t represented here. And the absence of his first directorial effort, Signs of Life, is regrettable. But this set still presents the Blu-ray debut of 15 Herzog films (Nosferatu the Vampyre is the only previously available disc in this set), including all five of the Kinski collaborations, a variety of underexposed oddities such as Fata Morgana, Heart of Glass, Where the Green Ants Dream, and Ballad of a Little Soldier, as well as several of his struggling maniacal everyman-or-genius classics, most prominently The Enigma of Kasper Hauser and Stroszek. Closing out the set is My Best Fiend, the Kinski documentary, which appears to serve as a conclusion to a phase of Herzog’s life and career, thusly underlining the implicative theme of this collection: the evolution of an international legend from low-budget provocateur to universal embodiment of the notion of a gentleman explorer intent on hoeing his own damn road.

The transfers unsurprisingly vary across the spectrum of the set, though, generally, colors are intensely vivid. The greens in Aguirre, the Wrath of God, for instance, will appear to almost hit you in the face, and The Enigma of Kasper Hauser, with its soft and incredible impressionist cinematography, is an even stronger display of this set’s fidelity to color. Grain structure is sometimes problematic, as there’s occasional evidence of artificial clarity at the expense of image detail (particularly in the early documentaries). Flesh tones also vary, sometimes appearing too waxy, though they mostly range from adequate to well-textured. In fairness, some of these technical discrepancies almost certainly stem from the inherent polish of the image as originally rendered. The sound mixes similarly vary, and some of them have audible hisses and cracks, but there are no significant problems. The non-diegetic effects often come through with smashing dimension, which is most memorably illustrated by the director’s penchant for bold classical music. This isn’t a definitive presentation, but it’s very solid.

Herzog: The Collection is packaged in an attractive hardbound book with essays and guides that lucidly set the mood for the viewing experience. This is an ideal way to introduce the filmmaker to a lover or relative who may be intimidated by Herzog’s bad-boy reputation. Also, almost every film includes at least one Herzog commentary, some in German (with accompanying subtitles), many others in English, with occasional guest appearances by interviewers or admirers. Particularly enjoyable is the commentary on Even Dwarfs Started Small with actor-director Crispin Glover, who comes prepared and gently grills the director for production anecdotes and symbolist deconstructions. But Herzog, even solo, gives essentially peerless audio commentary that cannily mixes his own tending to self-mythology with discussions of his extensive political and artistic influences as well as, of course, his tormented professional love affair with Klaus Kinski. Documentaries, including “Portrait: Werner Herzog” (which the filmmaker directed himself), and various interviews, trailers, and photo galleries round out this generous presentation.

Imperfections and, perhaps, questionable exclusions aside, it’s hard not to greet Herzog: The Collection as a major and incredibly ambitious home-video event. Fingers are already crossed for a second post-1990s volume.