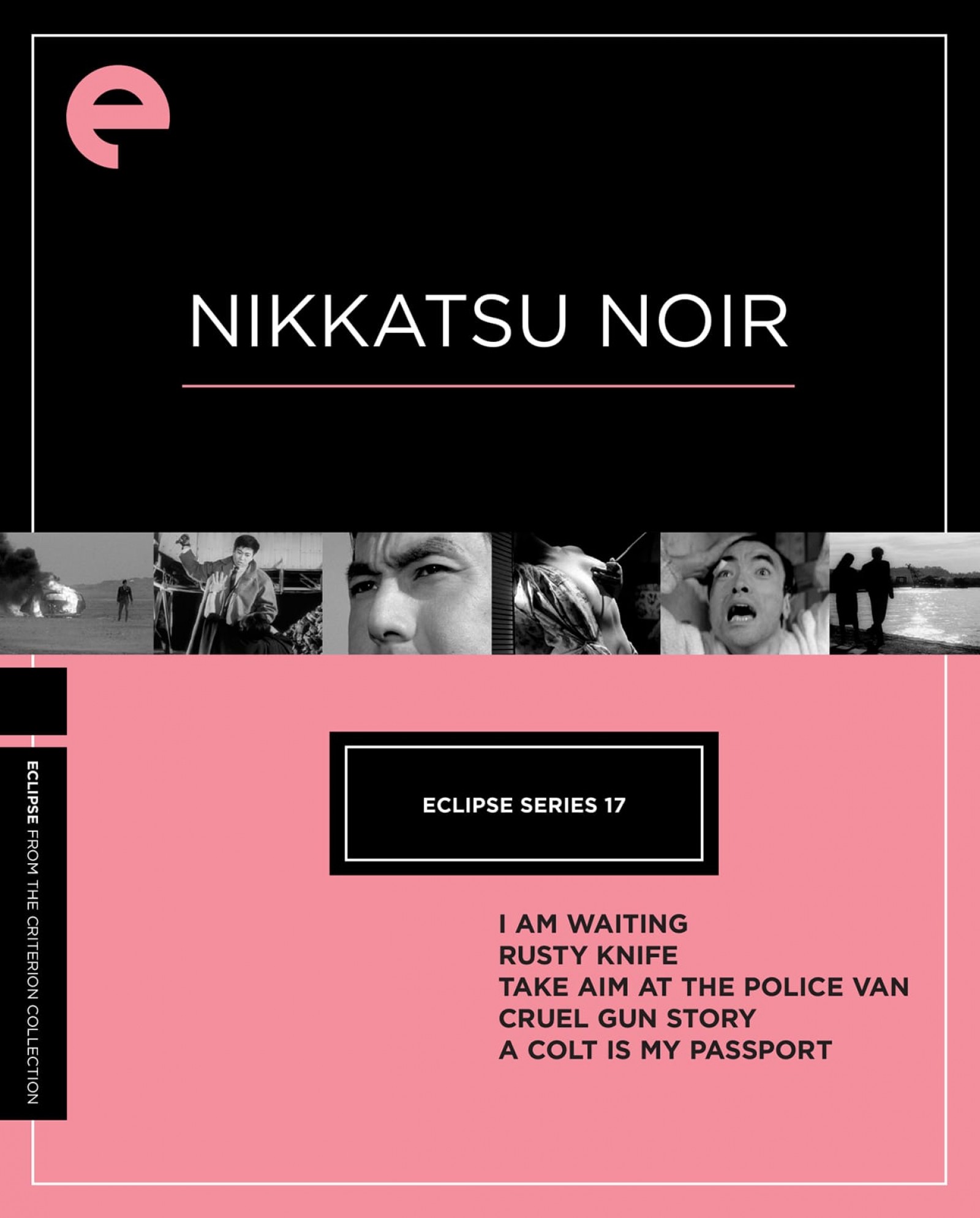 Usually focusing on a single filmmaker, the Criterion Collection’s Eclipse series switches to a studio-as-auteur approach with the five-picture set Nikkatsu Noir. As diverse genre-wise as their classical Hollywood counterparts, Japanese studios were also considerably more schizophrenic: After all, Toho Studios accommodated Akira Kurosawa’s classics and Godzilla’s maquette-smashing bonanzas, while Shochiku housed the Japanese film industry’s elder builders (Yasujirô Ozu, Kenji Mizoguchi, Mikio Naruse) as well as one of its most ferocious New Wave dismantlers (Nagisa Oshima). By comparison, Nikkatsu, the nation’s oldest studio, was always firmly associated with the pulpy titillation of alienated-youth thrillers, yakuza bulletfests, and—whether in the form of Shôhei Imamura’s flesh-bound provocations or later, soft-core “pink” romps—transgressive erotica. Though they traffic in doomed lovers, shifty gangs, and slanting shadows, one hesitates to apply the label “noir,” with its culturally specific link to American post-WWII malaise, to the quintet of crime dramas included here. In their appropriation and alteration of American action tropes, these films often feel closer to Italian spaghetti westerns—internationalized potboilers that nevertheless address national upheavals by way of idiosyncratic, broken-mirror views of genre clichés.

The 1950s were a time of regeneration for postwar Japan and, fittingly, the two earliest films in the set, 1957’s I Am Waiting and 1958’s Rusty Knife, deal with precarious couples and their struggle to survive in amoral landscapes. (The sense of continuity between the movies is underlined by the fact that the couples are played by the same young actors, Yujiro Ishihara and Mie Kitahara, whose complementing volatile/fragile sides bring to mind the melancholy unrest of Farley Granger and Cathy O’Donnell in They Live by Night and Side Street.) In Koreyoshi Kurahara’s low-budget, atmospheric I Am Waiting, the lovebirds are a battered ex-pugilist and a fugitive chanteuse (“a canary who’s forgotten how to sing”), just two of many characters drifting through a disconsolate maelstrom of saloons, boxing rings, and nightclubs. In Toshio Masuda’s Rusty Knife, Ishihara plays a rehabilitated Yakuza henchman-cum-murder-witness while Kitahara appears as crusading documentarian. Japan’s underworld figures prominently in both films, though the shift from the colorful, isolated gangsters of Waiting to the faceless, increasingly institutionalized kingpins of Knife reveals a subversive questioning of the darker corners of the country’s economic boom. A new generation is coming of age, but can it find its place amid the ashes of its forefathers’ values and sins?

New decade, new alienation. It’s no surprise that, under Seijun Suzuki’s direction, 1960’s Take Aim at the Police Van offers some of the set’s most outré elements, from a hooker with an arrow stuck in her tit to a ludicrous gas truck-on-fire climax. What’s surprising is to see the perennially anarchic filmmaker supply the set with its only protagonist who’s officially (if unconventionally) a member of the establishment: An aging but tough prison guard (Michitaro Mizushima) who survives an attack on his prisoner-transporting bus and sets out to expose the culprit. Next to Suzuki’s better-known derangements of genre and narrative (Tokyo Drifter, Branded to Kill), the picture only rarely shatters the conventional thriller mold. Still, it scarcely lacks social implications: Mizushima’s search unearths not just a human trafficking ring but also, in his brushes with juvenile dropouts and jukebox-obsessed girls, the combative gulf growing between Japan’s generations.

Suzuki’s favorite leading man, that perversely chipmunky nihilist Joe Shishido, headlines the last two films, further cementing the set’s bleak progression from tentative couples to gnarled loners. We’re back outside the law: In Takumi Furukawa’s Cruel Gun Story, from 1964, he plays a skilled thief who’s barely out of jail before he’s shanghaied by his old boss for the mandatory “one last job” with a gang of punch-drunk uglies, junkies, and other assorted misfits. Basically a reworking of Kubrick’s The Killing, it’s a rope-tight suspense yarn that incidentally simmers with nearly as much outrage over America’s control of postwar Japan as Imamura’s Pigs and Battleships. It’s Takashi Nomura’s A Colt Is My Passport, however, that’s the collection’s standout entry, a coolly eccentric, stylistically exuberant maze with Shishido as a hired assassin who finds himself lodged between rival gangs. In the earlier film, Shishido’s outlaw protagonist was at least given a crippled sister to hint at bruised humanity; here, all he ultimately has is a bag full of guns and bombs before an endless desert. The climactic shootout is a virtuoso bit of action, but it’s also a glimpse into the moral wasteland, present in all five films, that threatens to engulf hero, villain, and nation alike.

Image quality varies from the occasional haziness of I Am Waiting to the sharp outlines of A Cold Is My Passport, though the overall effect is pleasing. Some hiss is noticeable in the two older movies, but the sound of bullets remains punchy through all five.

Exceptionally astute liner notes (by Chuck Stephens) are the only extras, as is the norm for Eclipse sets.

Any collection of Japanese thrillers in which Seijun Suzuki is actually not the nuttiest guy around is worth checking out.

DVD Review: Whit Stillman’s The Last Days of Disco on the Criterion Collection