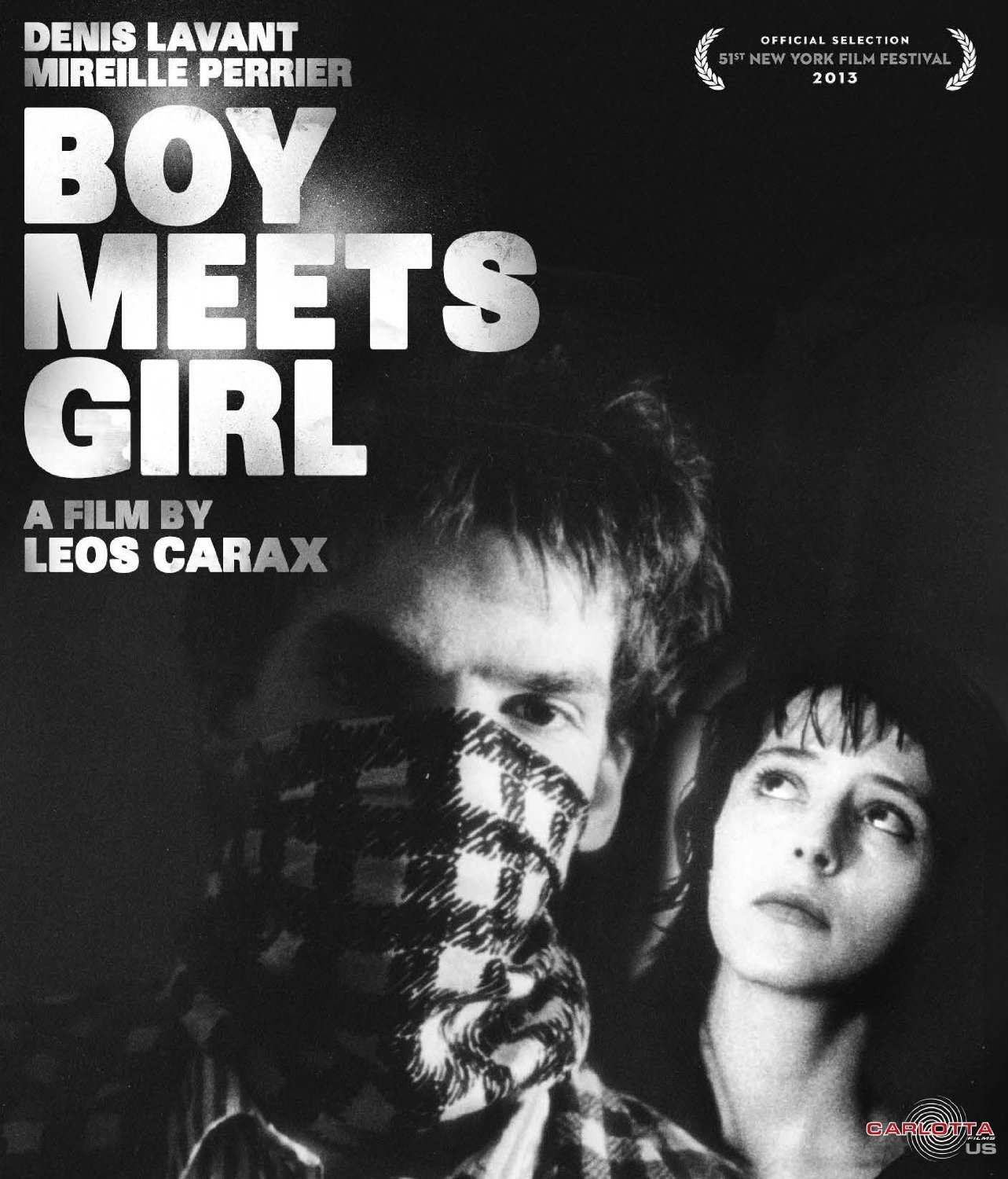 Leos Carax’s Boy Meets Girl offers elaboration on the insistence that youth is wasted on the young. There are plenty of movies about the long, barely occupied nights of the opinionated, unformed, and precocious, but this film seizes on a particular element of intellectualized youthful ennui with uncommon clarity and ferocity: the idea that a portion of twentysomethings, trapped in their heads, intangibly believe their lives to be fully lived already and characterized by failures of which they aren’t entirely aware. Lacking true longevity as a point of comparison, they feel old.

Alex (Denis Lavant) is one of the most common variations of this youthful creature: the aspiring filmmaker who sees everything through the scrim of what could or might be a movie. Alex is also Carax’s real first name, and it’s pretty clear that this film, his first, was intended to represent a form of biographical exorcism. It’s a try-out movie about trying out, as the text explicitly concerns a wanderer in search of emotional fulfillment, though he occasionally passes that off as looking for artistic inspiration. The self-reflexivity here is about as elaborate and alternately exhilarating and maddening as it would be in Carax’s subsequent films. Boy Meets Girl is in love with movies, and it conjures a movie world of inventively lo-fi density and dexterity. It’s also in love with textures and props and mysteries and anecdotes. This film could serve as the working definition of a sketchbook movie, as Carax appears to have thrown every idea he had at the time into it.

Boy Meets Girl resembles a number of other movies, sometimes coincidentally. The rich, erotically velvety black-and-white cinematography recalls Eraserhead and The Elephant Man, while the surreal one-thing-after-another-over-a-night plot evokes After Hours. The film’s most explicitly reminiscent, though, of both Jean Luc-Godard and Jim Jarmusch’s early work, only Carax doesn’t share their self-congratulatory snobbery. Breathless and Stranger than Paradise (released the same year) revel in the coolness of not giving a damn. Carax’s characters, however, assume these cool poses awkwardly and with little satisfaction, and their stumbling humanizes them and grounds the movie’s endless conceits down in tangibly earthly disappointment. When Mireille (Mireille Perrier) cuts her hair short in place of a suicide attempt, she unmistakably resembles Jean Seberg, but with a far greater degree of emotional exposure: There’s an explicit element of desperate compensation to this gesture that transcends name-dropping.

Alex might be obsessed with himself and his heartbreak, and with Mireille, who promises to embody for him a real version of a movie meet-cute, but Carax keeps showing you things that exist outside of the hero’s tunnel vision; he even allows Alex to see them, though the character is poignantly baffled as to how to process what he’s seeing. There’s a startling scene where Alex is watching a tape of a children’s show in the den of an elaborate house that’s hosting a fancy, pretentious party, when the tape switches over to footage of the hostess crying over a presumably lost loved one. Carax botches this scene with an over-explanatory punchline a few minutes later, but the rawness of it lingers. Another moment shows a couple kissing in the street, twirling, absurdly out of sync with the setting, in circles that parody the grand finale of hundreds of romantic movies. Alex stops, watches, and tosses change at their shoes, out of resignation and jealousy.

A few of the film’s grand pronouncements border the realm of the profound. Alex tells Mireille that he never tried to fulfill his best dreams because he only wanted to re-dream them. That’s about as succinct, and empathetic, an encapsulation of youthful do-nothingness as any the movies have ever offered. All of the film’s vignettes are centered on a subtext, hidden in plain sight, of exclusion. Alex and Mireille adopt the loner pose because they suspect that the myths of love are true and that they’re missing out on them. To be invited into this lover club, they feel they have to be successful at something, and they don’t see that happening. This hopelessness is affirmed again when Alex meets a famous American astronaut with a lantern jaw that only Burt Lancaster could rival. Alex pleads his heart to the man, who hugs him in a surprising gesture that’s both condescending and legitimately felt.

Watching Boy Meets Girl, you might suspect that Carax can’t tell if he’s a major artist or not (he is, and then some). He’s seeking to achieve universality in his work by acknowledging the failures of his self-regard openly. The film grows sadder in the retrospective light of Carax’s incredible Holy Motors, which also features Levant as a wandering soul looking in on the lives of others under a quasi-professional guise, as that film implies that the director hasn’t mellowed with age and has found the existentially lonely fears that he expressed in his debut to have been fully justified. Taken together, these films rupture the mythology of growing into a stage of your life where every day is full and spent on a proverbial pasture of heightened clarity. The young and the old are united by many things, most plainly the ghosts of irresolution.

The foreground of the image is purposefully and appealingly somewhat soft, with a discernable and consistent element of grain that honors the film’s stylish homemade aesthetic. Background clarity is notably impressive, affirming the complexity and ambition of the compositions, particularly those that involve the prismatic reflections visible from various storefront windows. The blacks are velvety rich, and the whites are pristine. The deceptively intricate soundtrack, mostly comprised of diegetic noises, has been mixed with an ear for subtle precision. A terrific transfer.

Just a few odds and ends: a 2014 trailer to promote the film’s release over the summer, a screen test for actor Denis Levant, and a portion of behind-the-scenes footage from the shooting of a long kitchen scene that’s pivotal to the plot, which testifies to the exacting specificity of director Leos Carax’s vision.

Leos Carax’s intoxicating examination of movie love nearly nets the beautiful transfer it deserves, which is saying something.