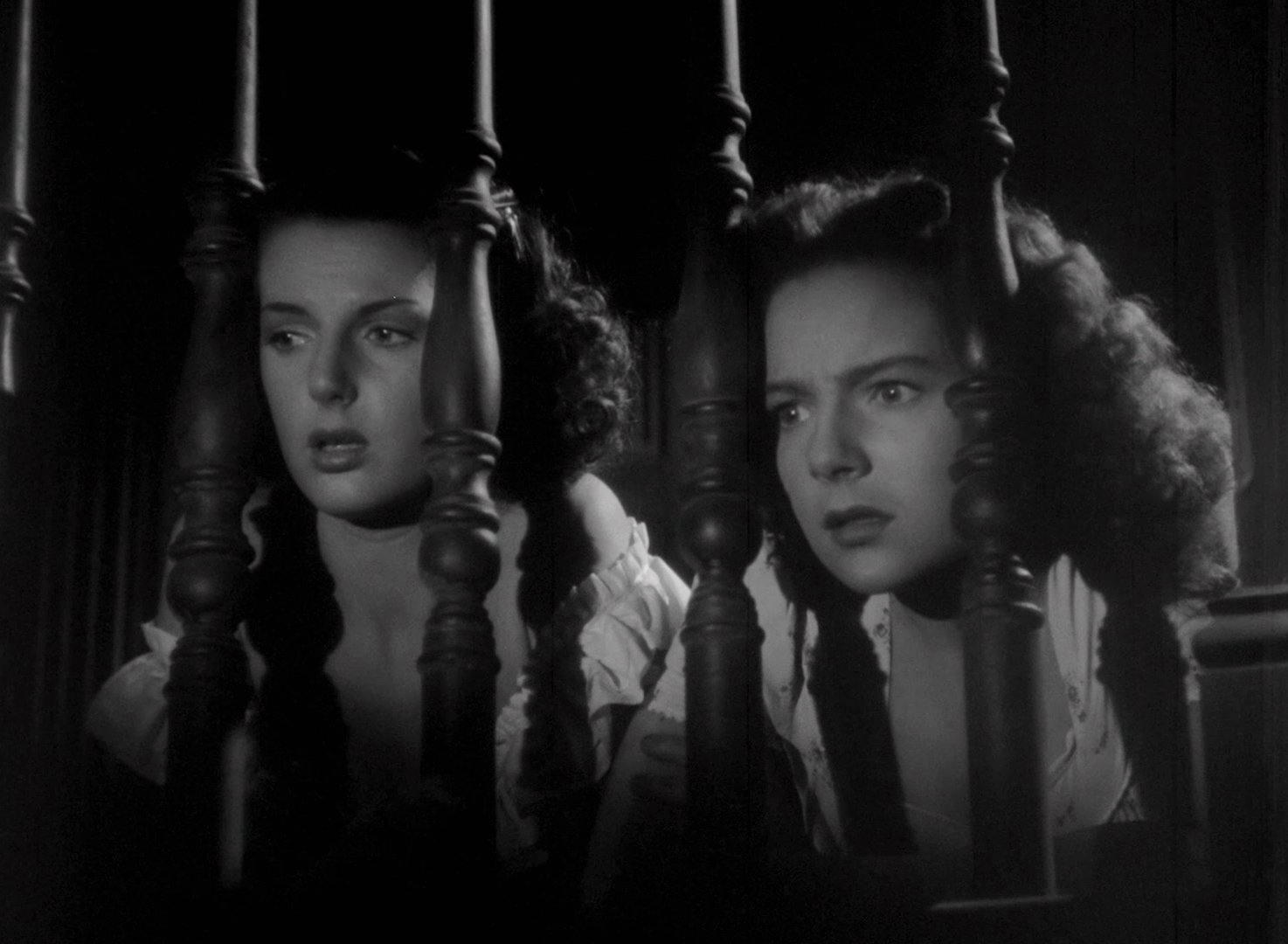 Outside of the films made by Luis Buñuel during his two decades in Mexico, the golden age of Mexican cinema has remained largely unrepresented on home video outside of Mexico. Recently, retrospectives of Roberto Gavaldón’s work have sparked a reassessment of his career, but this rediscovery of a largely forgotten master only highlights the multitude of films still waiting to be unearthed from a national cinema that was a dominant cultural force in the aftermath of World War II and throughout the 1950s. But now, with VCI Video’s Blu-ray releases of 4K restorations of two treasures from that era, Alejandro Galindo’s Una Familia de Tantas and Rogelio A. González’s The Skeleton of Mrs. Morales, we move a little closer toward the correction of a gaping cultural blind spot.

Released in 1949, Una Familia de Tantas begins as a traditional domestic melodrama, with the patriarch, Rodrigo (Fernando Soler), running his household with the same exacting precision with which he balances his company’s books. His demands seem at first to be somewhat reasonable, if more than a bit strict (timeliness for meals and nightly curfews are de rigueur), but eventually the more draconian nature of his Catholic-infused discipline comes to the fore. There’s an undercurrent of perverseness in his obsessive need for control, particularly in his unceasing insistence that his 15-year-old daughter, Maru (Martha Roth), consider her older cousin, Ricardo (Carlos Riquelme), for marriage, as well as in his strictly observed golden rule that no man be allowed entry to the house without him present.

While Galindo stops short of linking Rodrigo’s pious authoritarian reign over his wife, Gracia (Eugenia Galindo), and daughters with an underlying sexual depravity, as Buñuel almost certainly would have, he shrewdly makes symbolic use of the domestic space as an unimpeachable domain of the patriarchy. Much of the film’s first half is set exclusively within the family home, with claustrophobic compositions underscoring the feelings of physical and psychological entrapment the various family members feel under Rodrigo’s thumb. Brief respites allow the eldest son and daughter, Héctor (Felipe de Alba) and Estela (Isabel del Puerto), to sneak out to the front gate to make out with their respective lovers, but their collective fear and paranoia inevitably draws them back inside to avoid their father’s wrath.

This testing of Rodrigo’s authority escalates more rapidly after a travelling salesman, Roberto (David Silva), tries to sell Maru a vacuum cleaner and, later, seduce her. His visit disrupts the heretofore undisputed dominance of Rodrigo’s patriarchal rule within his home, with Roberto’s arrival functioning as a metaphorical penetration of the father’s fortress of solitude and the beginning of a usurpation of an outmoded morality by a vision of modernity itself—both in the form of the modern, secular male, and in the new technological appliances he thrusts upon the family. The gradual destabilization of traditional familial structure ends with an expulsion of one family member, and ultimately leads Rodrigo and Gracia to exit the house for the first time and to a quietly negotiated reconfiguration of the family’s power dynamic.

If Una Familia de Tantas’s indictments of Catholic mores are inferred, The Skeleton of Mrs. Morales makes them largely the sole, explicit target of its contempt. Written by Luis Alcoriza—who collaborated with Buñuel on several of his Mexican masterpieces, including Él and The Exterminating Angel—González’s film ruthlessly excoriates the hypocrisies of both the church and its followers, and with a similarly acerbic wit and caustic humor as one would expect from Buñuel. Here, it’s the matriarch, Gloria (Amparo Rivelles), whose rigid ideological beliefs exert a palpable sense of sovereignty in the home she shares with her taxidermist husband, Dr. Morales (Arturo de Córdova). Yet, where Rodrigo, for all his faults, appeared wholly sincere in his Catholic beliefs, Gloria is far more conniving and prone to hypocrisy as she uses her puritanical ideals as a means of mentally torturing her husband.

From stealing the fun money that Dr. Morales has stashed away and donating it to the church, to ruining his enjoyment of both steak and sex by berating him for the disgusting nature of his job, Gloria employs an array of loathsome tactics simply to deny her husband the simple pleasures of life. Their bond is one of psychosexual torture, made all the more inextricable by Gloria incessantly playing up of the debilitating effects of her disfigured knee, which she uses to further exploit her husband’s sympathy and ensnare him in their relationship.

It’s through Dr. Morales’s increasingly desperate attempts to escape the highly dysfunctional marriage that González further lays out the corrosive effects of a form of sanctimonious self-martyrdom that stems from doctrinaire religious assumptions when mixed with an unhealthy dose of jealousy and resentment. But rather than leaning into the potential misogyny of this setup, González instead steers the plot straight into the realm of the macabre, probing the depths of human depravity with a delightfully cheeky and darkly humorous aplomb. His discerning eye reveals not only the duplicitous nature of the overly devout, but delivers a scathing indictment of a society overrun by the repressed and dispossessed.

Alejandro Galindo’s Una Familia de Tantas and Rogelio A. González’s The Skeleton of Mrs. Morales are now available on Blu-ray from VCI Video.