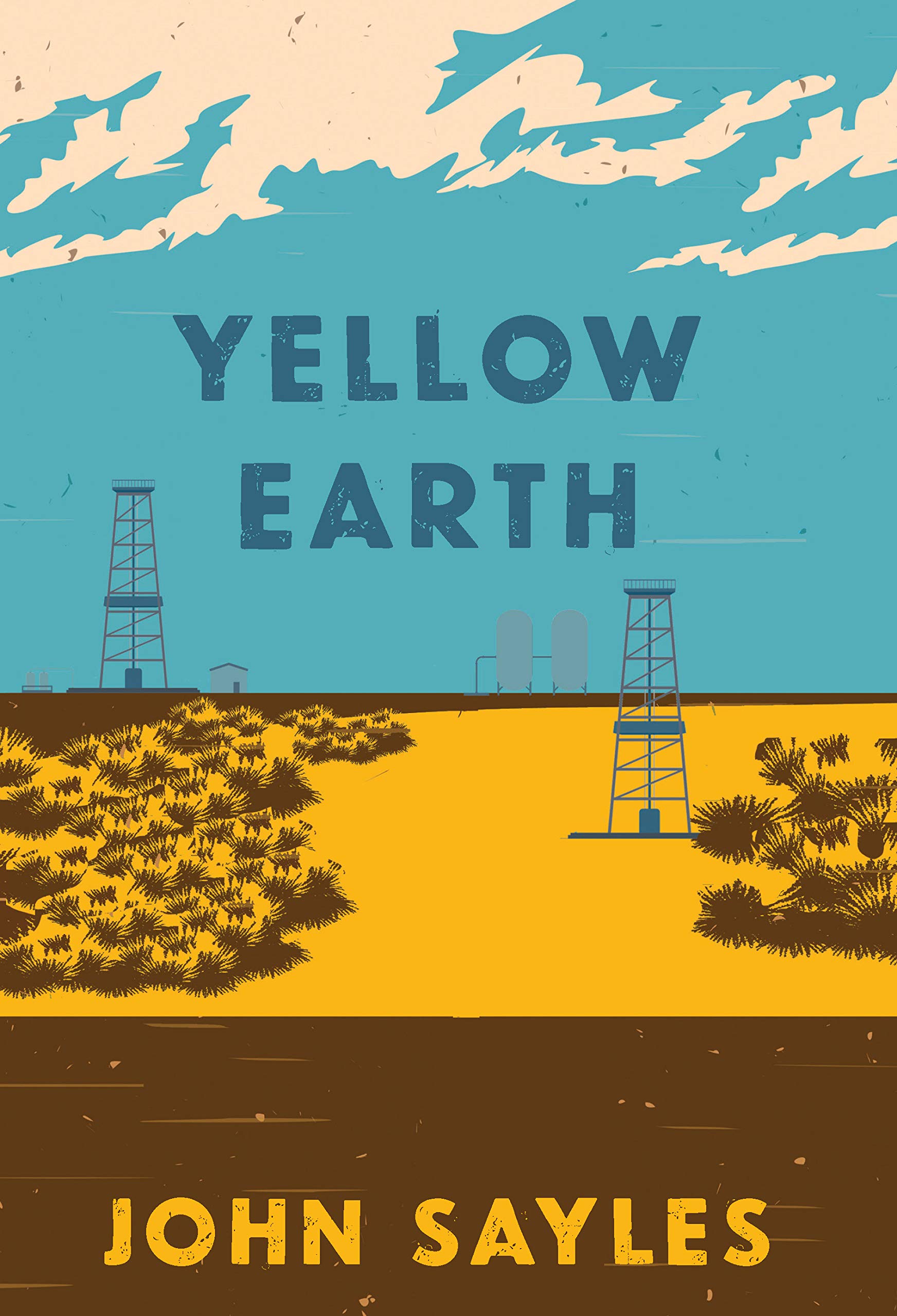 In the middle of John Sayles’s Lone Star, which tells the intricate, intergenerational story of a Texas border town, comes a moment, no longer than 30 seconds, where two Army officers—one a black woman, the other a white man—talk furtively in the background of a bar scene. The camera nestles into their booth as they speak in hushed tones, and suddenly a new dimension to their relationship, which appears decorous and professional, is revealed. They’re soon interrupted by the town sheriff, and with only a few lines exchanged, we learn everything we need to know about these lovers on the sly.

Sayles, a screenwriter, director, editor, and novelist, excels at seeing each of his characters as the protagonist of their own story. And his rare ability to inhabit the intersecting perspectives, motivations, and desires of a diverse dramatis personae is in full evidence in his new novel, Yellow Earth. The novel takes place near the beginning of the Obama administration, on North Dakota’s Three Nations Native American reservation and in the fictional neighboring town of Yellow Earth. Both the town and the reservation are situated atop the Bakken formation, where hydraulic fracturing, or fracking, has been underway since the early 2000s.

As the story begins, a representative from a Texas oil company goes door to door convincing residents to sign leases on their property so that drilling can commence. The chairman of the tribal council, Harleigh Killdeer, is all for it, dismissing the objections of a few outspoken dissenters in his community and promising “sovereignty by the barrel.” The ensuing oil boom brings with it a population surge in Yellow Earth as workers flood the town, accompanied by an increase in violent crime, drug trafficking, and prostitution.

Recalling Upton Sinclair’s Oil! in its canny political observations and vivid descriptions of drilling and extraction techniques, Yellow Earth is about the economic stratification, moral corruption, and opportunistic exploitation fomented by capitalism. Over the course of 400 pages, a landscape is transformed by greed and avarice in the populist guise of free-market speculation and community enrichment. The gulf between the optimism of Killdeer’s public relations blitz and the situation on the ground is pronounced in the poor conditions the oil workers live in, vividly sordid strip-club scenes, and recurring images of environmental waste.

While most of Sayles’s characters are morally compromised, rather than purely good or evil, he’s guilty here of crafting a cartoon villain: Brent Skiles, a steroidal, Ayn Rand-quoting drug runner who cons Killdeer into forming a company to serve as a front for his trafficking operation. And for his part, Killdeer ends up looking like a fool, almost to the point of incredibility. More compelling are less prominent characters, such as the animal behaviorist with a grant to study prairie dogs who falls in love with Yellow Earth’s sheriff, or the radical Teresa Crow’s Ghost, who dogs Killdeer with reminders of their people’s history of being exploited and pushed around by the government. No character is minor in Sayles’s world.

Another of Sayles’s strengths is his affinity for depicting different regions of the United States, from Louisiana swampland to urban New Jersey to an Alaskan fishing community. In particular, he has a knack for describing physical landscapes and capturing dialects. In some of his earlier fiction, the latter is a bit too pronounced, rarely a line of dialogue going by without a phonetic spelling or an apostrophe at the end of a word. But Sayles is a bit more restrained here, using sentence structure and idiomatic phrasing, sometimes omitting words or even resorting to clichés, to capture local patois across typically talky scenes. He employs close third-person, present-tense narration to facilitate the frequent switches in point of view; each chapter is anchored to one character’s experience, and the narrative voice is inflected by that character’s way of speaking and thinking. When taken together, the sequence of chapters creates not a sense of omniscience, but of kaleidoscopic subjectivity.

Without falling prey to false “both sides” equivocation, Sayles masterfully balances and gives fair hearings to competing agendas and doesn’t shy away from the ugly side of human nature; by the same token, he doesn’t give in to cynicism or despair. What animates his fiction is curiosity about different kinds of people and their experiences, and an imagination expansive enough to portray their inner lives. He doesn’t fetishize diversity, but his stories are naturally diverse as a result of his engaged interest in the world around him. Now entering the fifth decade of his career, Sayles remains a standard-bearer for the American novel.

Reconciling Memory: Peter Stamm’s The Sweet Indifference of the World

In Find Me, the Sequel to Call Me by Your Name, the Echoes of Love Are Resounding