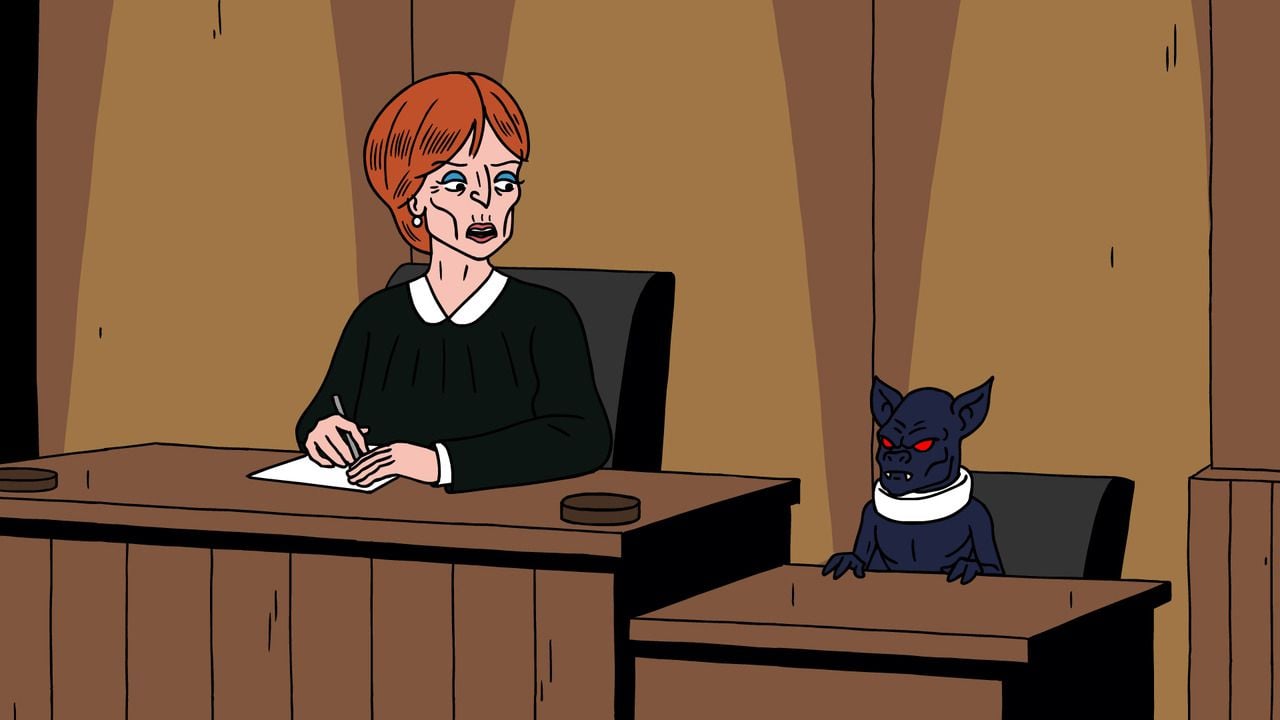 With the exception of Chappelle’s Show and Reno 911!, the 10:30 timeslot on Wednesday nights after South Park has been where Comedy Central’s sub-par new shows go to meet their quiet, deserved deaths. The network’s latest effort to overcome this trend is Ugly Americans, a show about a twentysomething social worker living in an alternate version of Manhattan that is inhabited by demons, zombies, and all sorts of other crazy products of madcap sci-fi and horror movies. Billed as a horror-comedy, the show has a grotesque visual style spawned by Wonder Showzen’s Aaron Augenblick that’s both off-putting and inviting, but its dearth of memorable laughs leaves little for viewers to latch on to.

Ugly Americans shines when it takes advantage of its absurd premise. Nothing in the series has been able to top the 20-second throwaway joke from the pilot of INS agents storming in on a sweatshop manned by a bunch of giant chicken people squawking “It’s a raid!” in subtitled chicken speak. You don’t see stuff like that on TV too often, and unfortunately you don’t see it on Ugly Americans too often either.

Considering all the monsters and general chaos that rules this world, the show should be a lot stranger than it actually is. The show’s dry humor, mixed with a rather troubling visual style where everything is stiff and vaguely deformed, mostly just makes you feel uneasy. Is a demon spawning a pronged, three-foot penis out of his chest funny? Kind of. Is it a little weird to look at it for an entire episode? You bet.

You can’t really fault a show for being different, but aside from its adult subject matter, Ugly Americans isn’t really that far off from the recently resurrected Futurama. Both shows detail the lives of an average Joe living in a mixed up world filled with mutants and freaks, both include alcoholic, nonhuman best friends, and both have love interests that kind of want to kill the main characters. That isn’t to say that Ugly Americans rips off the cult favorite, but when you witness the ongoing success of Futurama, which embraces its wacked-out universe and uses it as a tool to take wry social jabs at our own world, it becomes clear that Ugly Americans’s interesting setting is just sort of there for the sake of being weird.