A few years ago, the producers of the British docu-series Child of Our Time proved how much adult TV a tot can actually comprehend by forcing little kids to watch a scene from Eastenders in which vile Janine shoves her doting husband Barry off a cliff. The children were then asked to describe the bit as they perceived it—but with puppets. The result: confusion, hilarity, utter incomprehension, and one toddler who assumed Barry hadn’t been buying Janine enough sweets.

There’s an eerily similar reenactment in the premiere of the fourth and final season of Showtime’s epic, wicked, and downright pervy historical drama The Tudors. Katherine Howard (Tamzin Merchant), only 17 and recently crowned as fortysomething Henry VIII’s fifth and second-to-last wife, uses marionettes to demonstrate giving her better half a blowy. It’s all slurps, giggles, and girly ignorance of the frightening implications behind being Henry’s queen. If only that Child of Our Time kid had been there to tell Katherine to get him some sugar. She’s got a terrible future, but she just can’t wrap her brain around it.

Unfortunately, neither can The Tudors. Once a seriously thrilling costume show sewn tightly together by brilliant actors (Sam Neil, Jeremy Northam, James Frain, Natalie Dormer), giallo-worthy bloodletting, titillating sex, and some smarts (what more is Henry than a man who divorces the wives he doesn’t want to screw, beheads the ones he finds most sexually desirable, and outlives or widows the ones he respects?), it’s now little more than a puppet act bouncing through history to get to its end. We’ve barely become used to Katherine, who was introduced at the end of last season, when Henry (Jonathan Rhys Myers) has already tired of her and is cuddling back up to ex-wife Anne of Cleves (Joss Stone) in episode two. Thus, there is little to care about when the queen starts her ill-fated affair with rapist/murderer Thomas Culpepper (Torrance Combs) in retaliation. I could barely stifle my yawns.

Moreover, whether any of this is accurate doesn’t really matter. The series long ago abandoned history when it decided not to make the king truly ginger—or particularly fat. In fact, its major stab at reality concerning Henry’s gross physicality occurs in this season when his leg ulcer, which most likely contributed to his death, turns even lumpier, gives him a more wretched limp, and makes him go a little batty. It just doesn’t change his face: From the waste down, he’s John Merrick without his knickers, but from the breasts up he’s all hunky Rhys Myers. Which makes me wonder, if it’s going to be a lark, why doesn’t The Tudors at least continue to entertain us by playing around with the truth even more?

There is one stellar scene early on when Henry Cavill’s Charles Brandon—the king’s longtime confidant who, once a delicious playboy himself, now just sulks around the court looking half disgusted, half miffed—is called to Henry’s chambers to make a hasty decision concerning the lancing of his sovereign’s puss-filled leg. Cavill is so dour and serious when he orders the doctors to operate that one partially expects him start laughing and quip, “I’m just taking the piss,” then frown and say “Seriously, just cut the whole thing off” while miming a chopping motion with his hand. And wouldn’t that be great? The 16th-century Inglourious Basterds—culminating with a one-legged Henry whom Katherine, before he can do away with her, can toss off a cliff.

Review: Season Two of The Witcher Asserts a Newfound Focus and Depth 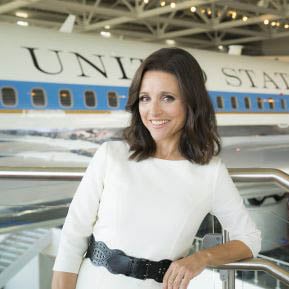 Aubry D'Arminio had hoped to be an aged, amateur lady detective living in a quaint English village—but there were no job openings.