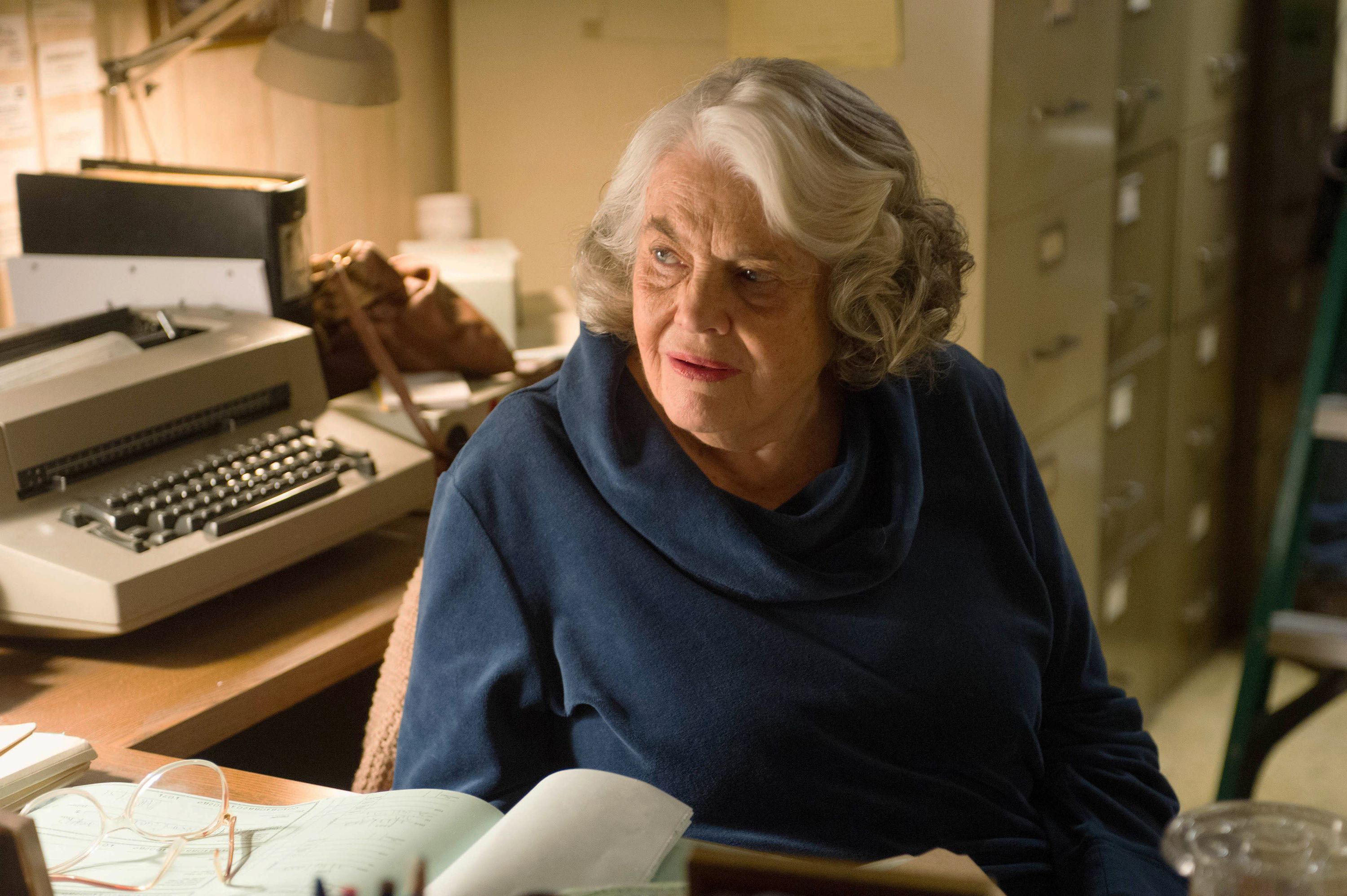 At the center of tonight’s episode of The Americans is a cluttered clapboard office tucked inside a machinist’s warehouse, its surfaces papered with personal histories. Black-and-white framed photographs; a football pennant; plaques, Polaroids, and words of wisdom: From these fragments, these mementos mori, “Do Mail Robots Dream of Electric Sheep?,” a small, black-hearted masterpiece, weaves a narrative of the relationship between captor Elizabeth Jennings (Keri Russell) and her elderly captive, Betty (Lois Smith), as one in which power flows in more than one direction. “You think doing this to me will make the world a better place?” the latter asks, and though Elizabeth strains to believe that it will, The Americans has long since provided another answer.

Elizabeth’s soured idealism, as she blinks back tears near the episode’s end, is the consequence of a dark night of the soul that tests even her iron-willed patriotism. Accompanying Philip (Matthew Rhys) to bug one of the F.B.I. counterintelligence division’s titular mail robots, Elizabeth discovers Betty in the office, paying bills, and with a flash of the gun tucked in her waistband and the threat of binding and gagging, Elizabeth secures the woman’s reluctant cooperation. “When I’m sitting here in the dark,” as Betty explains her penchant for late-night bookkeeping, “is when I feel most in tune.” “In tune? What does that mean?” Elizabeth asks, with unexpected sincerity. The moment, significantly, comes as the camera frames Elizabeth alongside a Freemason’s certificate, drawing the viewer’s attention to the ritual and symbolism that define even secular systems of belief. In a subsequent scene, after Betty describes her time as a schoolteacher and her late husband’s service in World War II, including the liberation of concentration camps, she notes that his experience in Europe left his religion dried and shriveled. “After the war, he wasn’t anything,” she says. “Gil said he had no use for those stories. What he saw, it stayed with him.”

The blow to Elizabeth’s ideological assurance thus arrives as she comes face to face with the fact that “the Americans” she’s spent her entire life fighting are not, as individuals at least, so very different from herself. They’re religious skeptics and anti-fascists, mothers and wives, workers from hardscrabble backgrounds; even the key distinction between capitalism and communism quickly fades away in the messy realm of the concrete. Smith, known for her supporting roles in East of Eden and Five Easy Pieces, is simply devastating here, lending Betty a kindly, calm bearing that makes Elizabeth’s reckoning all the more potent. By the time Betty’s lip quivers with the realization that she won’t survive the night, her suggestion that Elizabeth’s justification for murder is “what evil people tell themselves when they do evil things” seems almost superfluous. However fiercely Elizabeth believes in her cause, it’s merely another set of rituals and symbols that the right person in the right circumstance can turn to evil ends.

Indeed, the issue of means and ends, of the role patriotism plays in convincing the otherwise moral person to commit despicable crimes, is the thread tying the episode’s disparate subplots together. “Do Mail Robots Dream of Electric Sheep?” continues this season’s use of violence to indicate the disconnect between actions and abstract ideals; from the shatter of bones in “Baggage” to last week’s gory immolation in “Divestment,” the series has returned again and again to the dirty brutality of the Cold War campaign to depict the high dudgeon on both sides as morally dishonest. Here it takes the form of a vicious fight between Todd (Will Pullen) and Hans (Peter Mark Kendall), the former’s wheezing and gasping only silenced when the last breath leaves his torn and bloodied face. Hans justifies the murder as part of the effort to end apartheid, but of course Todd was a minor cog in the South African government’s vast machine. His death solves nothing.

Even in the narrative arc that crosses the Iron Curtain, in which Oleg (Costa Ronin) and Stan (Noah Emmerich) conspire to reveal Zinaida (Svetlana Efremova) as a Soviet spy in order to initiate a prisoner exchange for Nina, relies on the shorthand of nationalism. “A patriot,” as Oleg, his face obscured by shadows, identifies himself while attempting to pry a confession from Zinaida, as if that’s all he needs to say. Just as Gabriel (Frank Langella) demands blind trust in “the organization” when he introduces the mission to bug the mail robot, Oleg and Stan seem to think that patriotism is Zinaida’s motivation even though they know better. Both are willing to risk treason to save the woman they love.

Philip and Martha (Alison Wright) also come up against the conflict between professional duty and personal feelings, first in an unsettling exchange over dinner near the beginning of the episode. Returning to Martha’s apartment less than 24 hours after she learned that Clark isn’t who he says he is, he finds her in surprisingly high spirits, chattering on about fresh basil and plum tomatoes as if nothing had happened. There’s an eerie stillness to her voice as she sets aside the notion of fostering children or reports on the mail robot’s repair, choosing collusion in Clark’s shell game over the end of the relationship. Similarly, Philip is willing to take a stand against Gabriel and his government in the final scene, playing “sphinx” in Scrabble as he responds to his wily interlocutor. “The problem is you, Gabriel, and all this talk,” he says, with spiky defiance. “All this talk. Because you think you can wrap me around your little finger, but I’m not Elizabeth. I trusted you. I trusted you. And your job was to look out for me. It was. And now my job is to look out for my family, because no one else will.”

In The Americans, of course, protecting one’s family and serving one’s country are consistently at loggerheads; the faceless state never ceases to demand one more patriotic act, for the state need not bear the consequences. This is, finally, the Cold War dystopia “Do Mail Robots Dream of Electric Sheep?” reimagines, as grim as the Philip K. Dick novel to which the title alludes. Elizabeth forces her captive to choke down an overdose of heart medication, and Betty’s chilling final gasps echo not only Todd’s last moments, but also the many men and women sacrificed on the altar of patriotism, who wrongly believed, as in the Latin lines from World War I veteran Wilfred Owen, that it is indeed “sweet and right to die for one’s country.” “If you could hear, at every jolt, the blood/Come gargling from the froth-corrupted lungs,” he writes in “Dulce et Decorum Est”:

Obscene as cancer, bitter as the cud
Of vile, incurable sores on innocent tongues,
My friend, you would not tell with such high zest
To children ardent for some desperate glory,
The old Lie; Dulce et Decorum est
Pro patria mori.

Review: Going Clear: Scientology and the Prison of Belief