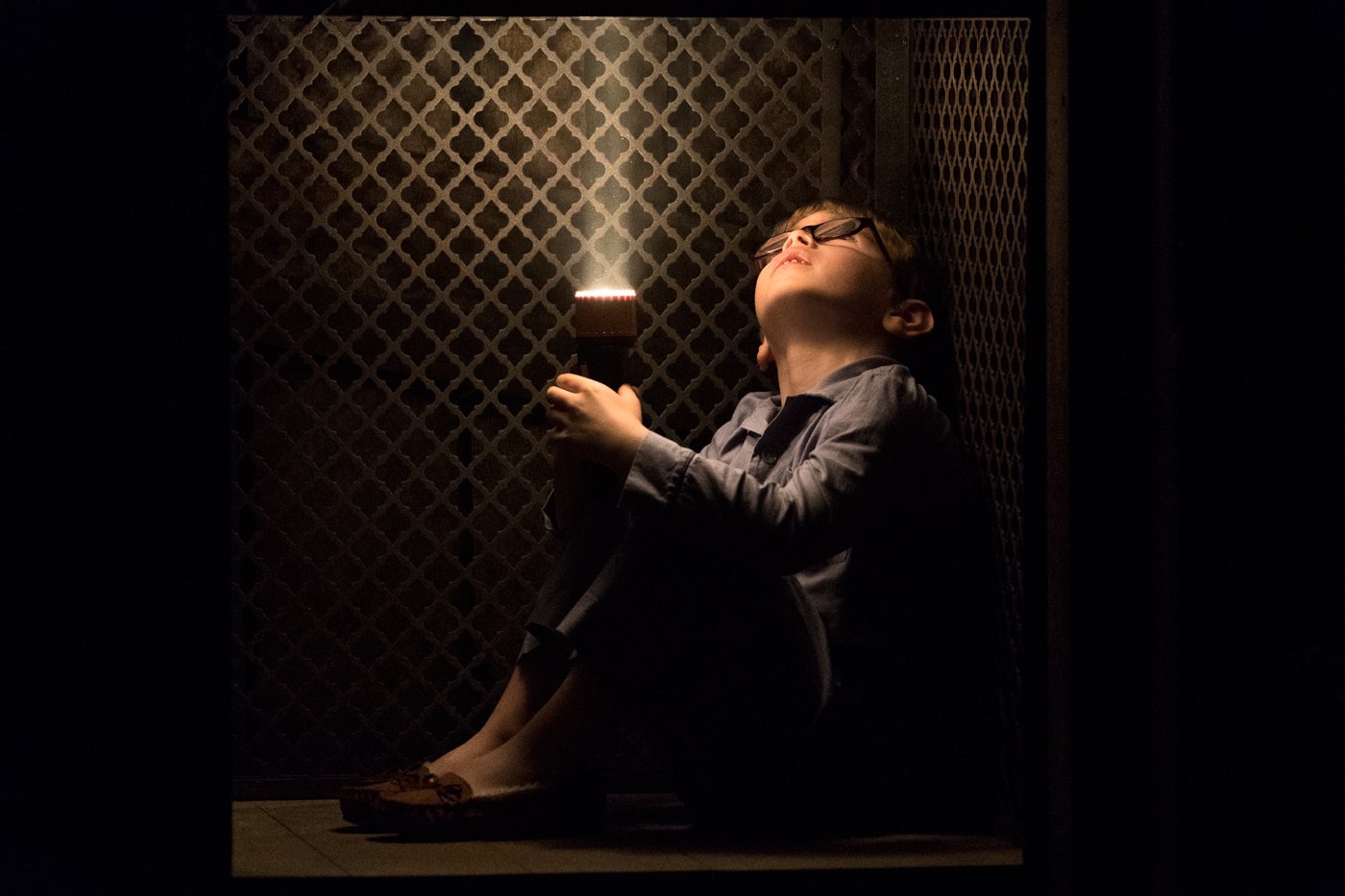 In the second season of GLOW, the eponymous wrestlers struggle for screen time on their show within the show, and simultaneously tangle with the fallout of the characters they craft for themselves in the ring. Despite The Good Place upending its stakes and setting, the showâ€™s relentlessly likeable characters continue to underpin its sunny disposition with an earnest investigation of how our moral identities are forged. And as shows such as Atlanta, Pose, and Dear White People broadened televisionâ€™s definition of â€śweâ€ť in 2018, one of the mediumâ€™s overarching questions seemed to be: â€śWhy are we this way?â€ť

As one answer to that question, The Haunting of Hill House complemented its scares with an equally harrowing portrait of a damaged family. Atlanta and Bojack Horseman found a response in the ceaseless, pummeling nature of everyday life, while Dear White People, The Handmaidâ€™s Tale, and Barry wondered if we are what other peopleâ€”white people, the patriarchy, exploitative bossesâ€”say we are. Other shows, such as Bobâ€™s Burgers, were delightful reprieves from reality, though one could certainly find poignancy in that showâ€™s portrayal of middle-class America.

This yearâ€™s list shares only nine entries with last year, a fact that highlights the breadth of a TV landscape thatâ€™s abundant in shows with limited runs. In some cases, shows made a qualitative leap in their second seasons; in others, bold newcomers quickly established themselves among TVâ€™s upper echelon. Almost all of these showsâ€”even the most joyfully escapist among themâ€”seemed preoccupied in 2018 with the forces which make us who we are. Michael Haigis 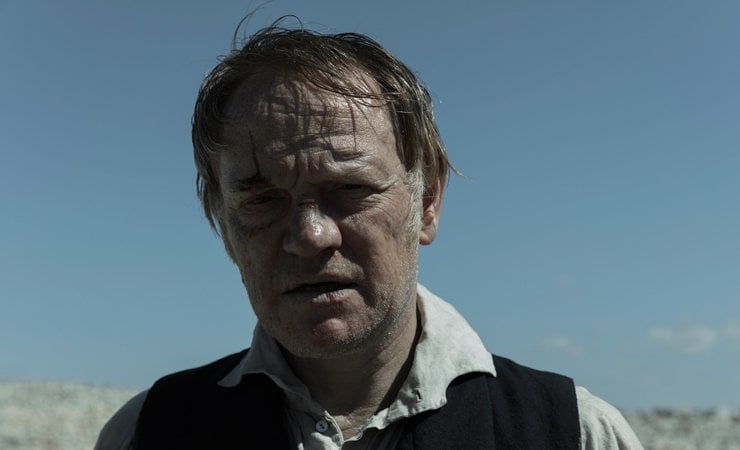 Based on the true story of a failed British expedition to find the Northwest Passage in the mid-19th century, The Terror explores the toxic combination of arrogance and bravery that fuels the exploratory missions launched by great colonial powers. After getting stuck for a year and a half in Artic ice, the men, weakened by lead poisoning and fighting the elements, set off on foot in search of salvation. The Terror brings those awful facts vividly aliveâ€”and then goes further, creating a full-blown horror story by introducing a monster called the Tuunbaq, which looks something like a giant polar bear with a human face. The men divide into two factions, battling one another as well as the monster while dying in increasingly baroque ways. Scenes like a fire that ravages a camp, trapping dozens of people in flaming tents just as the men are having a rare night of celebration, ramp up the sense of claustrophobic terror, which only gets worse when the mad leader of one of the factions begins to cannibalize his enemies. Throughout it all, the Tuunbaq keeps decimating their ranks while growing increasingly weakened by the bullets they empty into himâ€”and, presumably, the lead he ingests when he eats them. Like other classic movie monsters, the Tuunbaq is an unsettling metaphor for the way humans throw nature itself out of balance when we gain too much power. Elise Nakhnikian 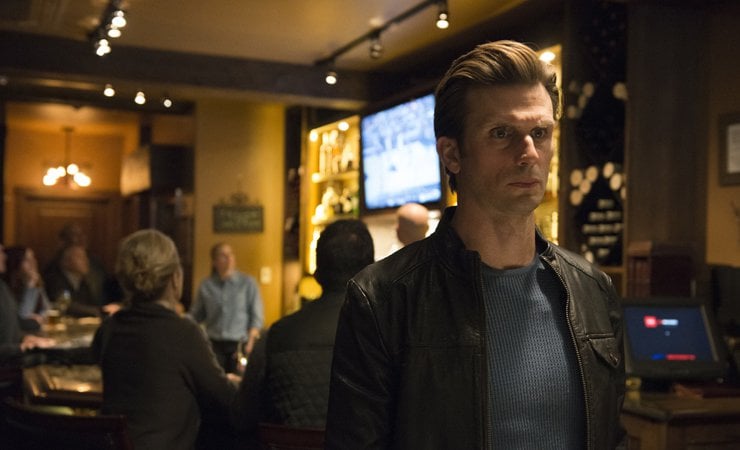 Steven Soderbergh understands that he must grab us in this century of endless distraction, and his efforts to hold our attention in Mosaic parallel the charactersâ€™ attempts to corral chaos into a functional narrative. In the guise of mounting a murder mystery, the filmmaker attempts to push narrative out of a classical three-act format. Mosaicâ€™s episodes could be watched in any order and theyâ€™d still have a dizzying emotional and intellectual effect, suggesting less what we know than what we donâ€™t. As he did in films such as The Limey and Side Effects, Soderbergh fashions found and abstract poetry out of the hard lines of the lairs of the rich and famous. His formalism suggests a wonderfully unlikely fusion of the films of Robert Bresson and Michelangelo Antonioni with lurid noir. Mosaic suggests a mammoth world that exists beyond his rigorously structured narrative, as every textured shot and stray bit of humor hints at the wild humanity existing under the controlled institutions and mannerisms that we collectively call society. Chuck Bowen

Despite losing T.J. Miller as its resident frenemy/douchebro, Silicon Valley successfully maintained its trademark undercurrent of pettiness and macho one-upmanship throughout its fifth season. The new season contained two of the showâ€™s best episodes to date, â€śReorientationâ€ť and â€śFifty-One Percent,â€ť the former a master class in throwing techie shade, the latter so perfectly succinct it could have served as the series finale. As always, Silicon Valley casts a satirical gaze on timely tech topics, with this season focusing on Bitcoin, net neutrality, employee poaching, artificial intelligence, the all-consuming blob called Amazon, and the inexplicable allure of Tesla cars. The writers also took their most biting jabs at Information Technology by offering up a vicious parable on the technological and psychological effects of sexual harassment. Directed by Gillian Robespierre, â€śFacial Recognitionâ€ť showed that not even female robots are immune to the whims of horny men in power. Additionally, this season benefitted from the consistently reliable physicality of its lead, Thomas Middleditch. Richard Hendricks continues to grow, applying the things heâ€™s learned in prior seasons while still managing to make the same mistakes. Heâ€™s the perfect counterbalance to Martin Starrâ€™s droll-as-always Gilfoyle, a dead-on impersonation of your average programmer and still the showâ€™s secret weapon. Odie Henderson 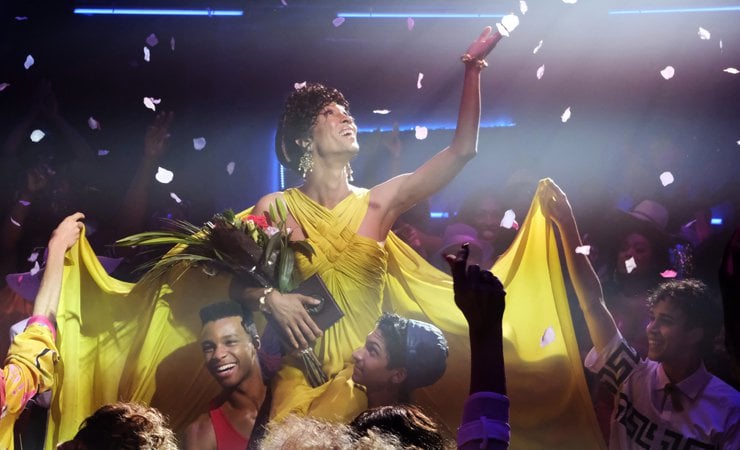 This soulful soap operatic drama pays tribute to New York Cityâ€™s ball culture of the 1980s. Painting in broad, dramatic strokes, the script highlights the factorsâ€”racism, homophobia, transphobia, AIDS, and the wealth gapâ€”that inspired these men and women to create their own world and faux families, where they could show one another the love and respect that they couldnâ€™t find anywhere else. Balancing out the showâ€™s earnest speeches and righteous crusades is plenty of sheer, campy joy, much of it provided by the balls that cap off most of the episodes. Itâ€™s an endearingly lumpy mix, made even more so by the uneven quality of the acting, but that very lack of polish is a large part of why the series works. Like the original ball scene, with all its homemade fabulosity, Pose aspires to a level of perfection it canâ€™t quite achieveâ€”and wins us over with the sheer heart and humanity of its effort. Nakhnikian 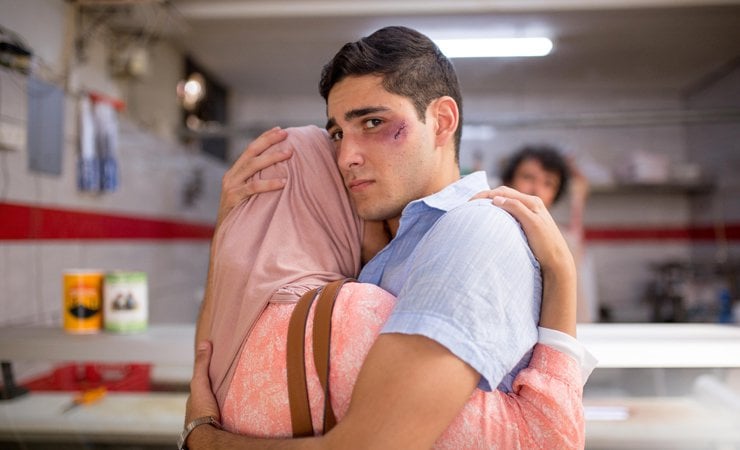 Unlike Homeland, which is based on another Israeli series, Fauda makes no attempt to cover the political debates or social context behind its constant action. Instead, like its main characters, it keeps its head down and its focus tight. The series follows the fictional members of an elite undercover unit of the Israeli army and whichever Palestinian freedom fighter/terrorist that Doron (Lior Raz), a rogue member of the unit, is obsessed with that season, while occasionally checking in with a handful of other Israelis and Palestiniansâ€”family members, lovers, or commanding officersâ€”who either affect or are affected by the main charactersâ€™ actions. Fauda (Arabic for â€śchaosâ€ť) is particularly good at showing how war, especially one with no end in sight, poisons the lives of everyoneâ€”even civilians. While most of the women on the perimeter of the action have relatively modest dreams, just hoping to marry the man they love or keep their children safe, they inevitably get sucked into the maelstrom, losing their peace of mind, their loved ones, and sometimes their lives. Their romances sometimes stretch credulity, particularly this season when, despite actress LaĂ«titia EĂŻdoâ€™s excellent work, Shirin, a dedicated Palestinian doctor, risks becoming a mere symbol of suffering as Doron and Shirinâ€™s young militant cousin Walid (Shadi Marâ€™i) treat her like the rope in a macho game of tug of war. But the way killings and atrocities keep piling up on both sides, creating more trauma and more would-be martyrs by the day, feels all too believable. Nakhnikian