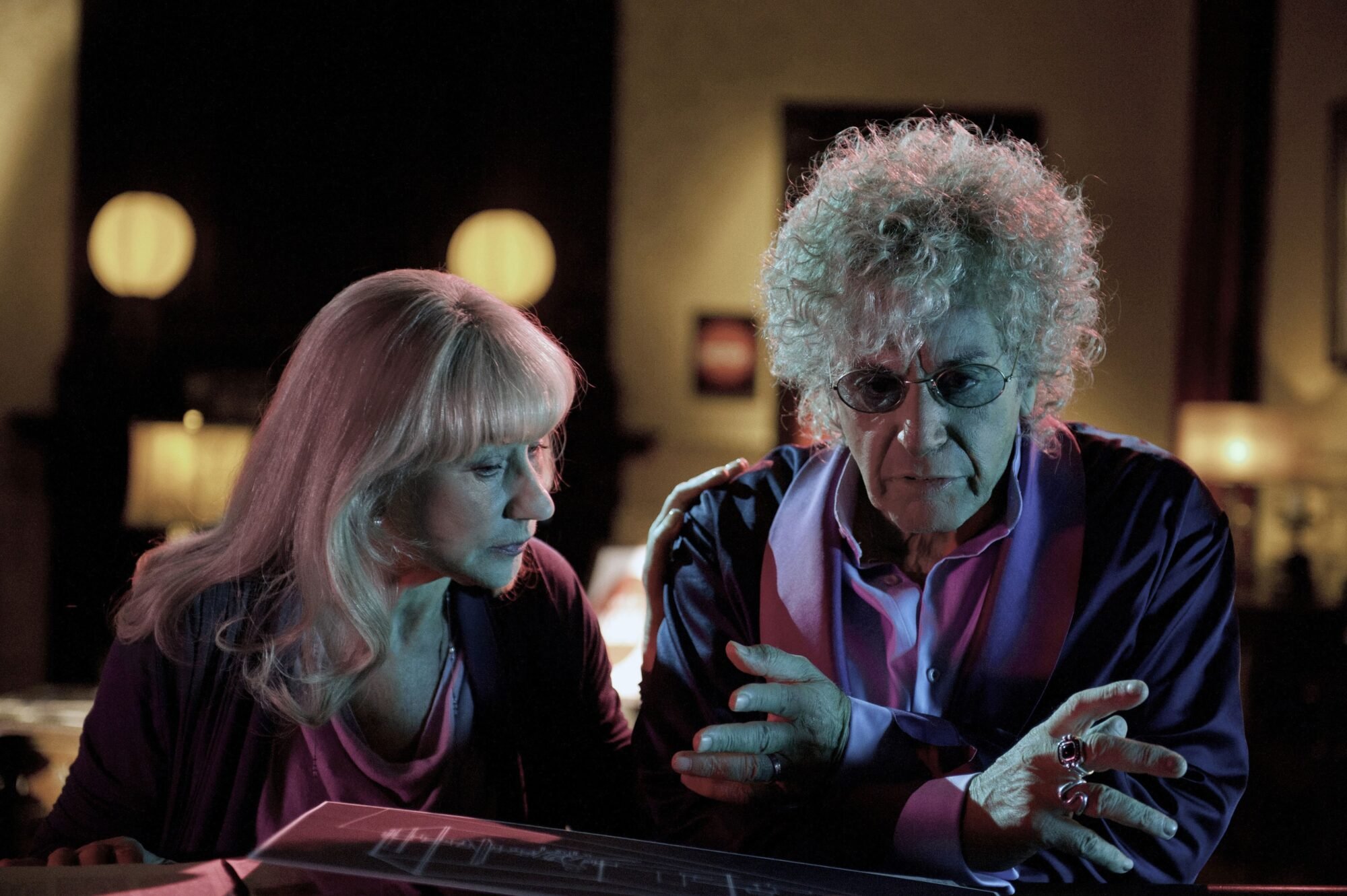 It’s hard to isolate the exact moment when the once-great Al Pacino lapsed into self-parody. By The Godfather Part III, the more subtly intense Pacino of Coppola’s earlier films seemed to have become conflated with his scenery-chewing Scarface gangster. The oft-imitated “Hoo-augh!” from Scent of a Woman and his turn as Ricky Roma in James Foley’s adaptation of David Mamet’s Glengarry Glen Ross seemed to suggest that the focused volatility that defined many of Pacino’s earlier roles, from The Panic in Needle Park to the Godfather films and Cruising, was less a quality than a commodity, the kind of thing that could be turned on and off like a faucet, releasing a profane torrent of cadenced bellowing.

By all appearances, Pacino now seems to relish in the broad ridiculing of his own persona, lending his trademark intensity and craggy visage to just about any project that may or may not require it. In 2010, the actor found his best role in years in Barry Levinson’s thoughtful, if lousily titled, HBO biopic You Don’t Know Jack, casting him as a very sympathetic Dr. Jack Kevorkian. Now Pacino’s afforded another chance to wrap his mouth around dense Mamet-speak, this time as Phil Spector. Despite the more honest pleasures of something like You Don’t Know Jack, Phil Spector’s nominal entertainment value proceeds almost entirely from its status as an explosive camp object, buoyed by the promise of seeing Pacino yell his way through Mamet’s dialogue as the eccentric record producer turned convicted murderer in an overstated wall of sound.

There’s plenty of sound and fury as Pacino capably works through yet another impressionistic take on a contemporary pop gargoyle (coming soon, almost improbably: Pacino as Joe Paterno in Brian De Palma’s biopic). Built around him as Phil Spector is, though, Pacino can’t really steal the show. Instead, he draws the film toward him, as if his mouth—caught mid-howl, decked out with prosthetic teeth—were a black hole draining the gravity out of every scene. Not even Helen Mirren, playing the lawyer assigned with clearing Spector’s name after he was booked for the murder of actress Lana Clarkson in 2003, can’t find sure footing when placed in proximity of Pacino’s shouty vortex. It’s intermittently amusing watching Pacino indulge his own exploded thespian persona: stalking around a cavernous, ludicrously upholstered mansion in a kimono and rotating set of ridiculous wigs, raving about his oppression and baring his inflated sense of his own accomplishments, painting himself as an unsung civil-rights vanguard for bringing “black music” into American homes.

As written and directed by Mamet, never shy about his exceptionalist view of Jewish identity, the sympathy the film affords to Spector scans as suspect. The film casts serious doubt on Spector’s conviction, using drawn-out scenes of ballistics tests to “prove” that he could have never shot Clarkson through the mouth without his white suit jacket receiving far more bloody splashback. But these sub-CSI reenactments are nothing compared to Mamet’s apparently earnest belief in Spector’s martyrdom. He makes no bones about developing Spector’s conception of himself as a scapegoat serving as a patsy for the wrongs of (non-Jewish) celebrity villains like O.J. Simpson and Michael Jackson.

When Spector appears for his final court date in a clownishly blown-out perm (his ode to Jimi Hendrix, apparently), it’s hard not to get the sense that Mamet, who sneeringly embraces his own hardnosed outsider status in Hollywood, absolutely identifies with Spector’s caricatured “freak” pedigree. And when the phrase “Called him a dirty Jew” appears on a whiteboard among a list of epithets allegedly hurled at Spector by Clarkson, it’s hard not to imagine that it’s written in Mamet’s handwriting.

Review: Top of the Lake