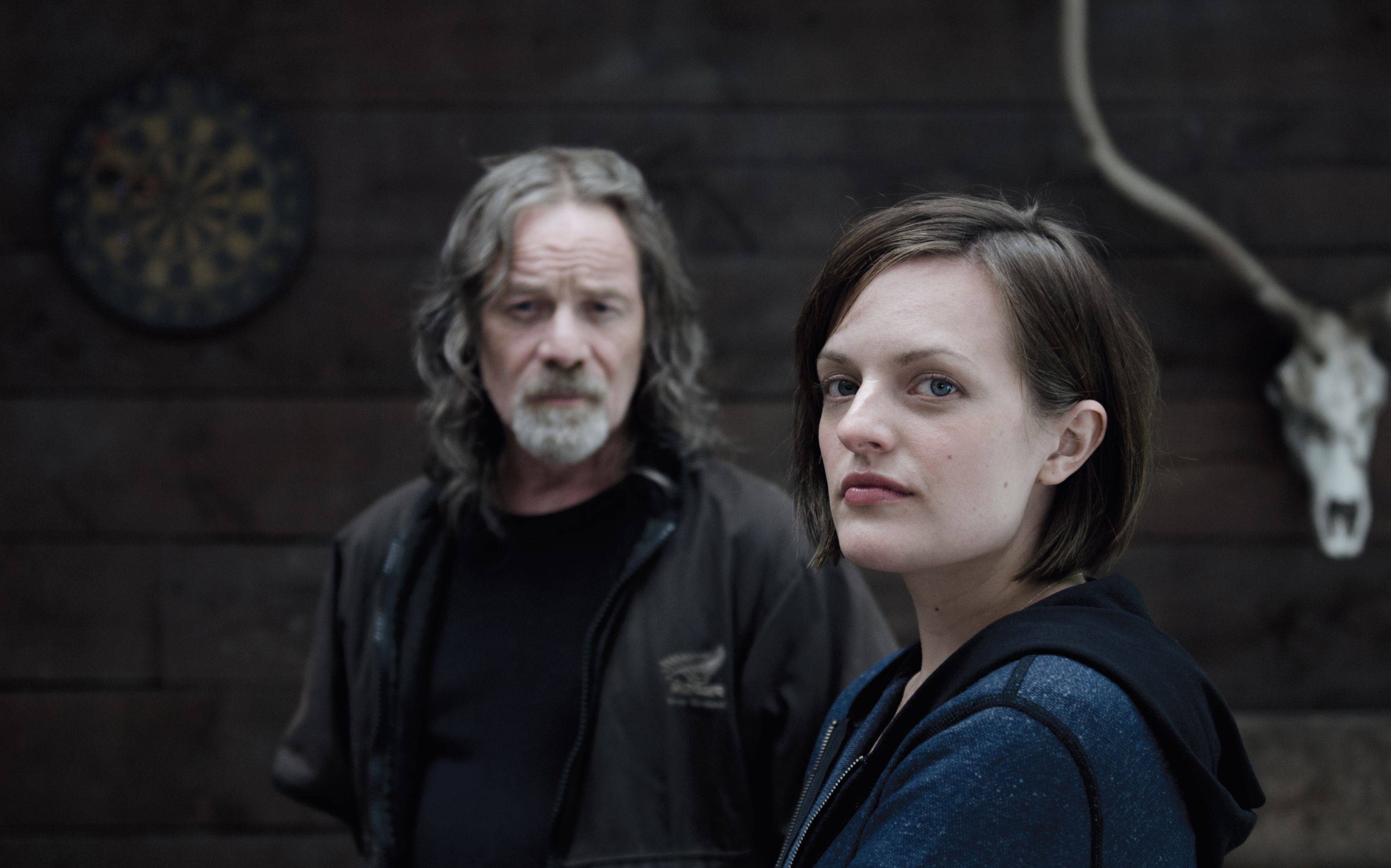 It’s hard not to be initially repelled by the familiarly grim procedural setup of Jane Campion’s Top of the Lake. Tui Mitcham (Jacqueline Joe), the 12-year-old daughter of low-level drug kingpin Matt Mitcham (Peter Mullan), is pregnant and missing after running away from her father’s compound on Lake Wakatipu. Matt’s convinced she can handle herself, but the police suspect that the father of Tui’s baby, a pedophile and possibly a shamed member of the Mitcham clan, may have killed her. The investigation is being led by Robin Griffin (Elisabeth Moss), a visiting detective who helped discover Tui’s pregnancy following a presumed suicide attempt, and Al Parker (David Wenham), the town’s lead investigator, but also riles up the attentions of many members of the small town’s decidedly masculine power structure.

At first, Top of the Lake’s narrative shell doesn’t seem to be of the same breed as Holy Smoke or The Piano, but by the conclusion of the first installment, it’s clear that the series represents a new peak for Campion, who uses the forest surrounding Wakapitu as a literal cradle of creation. Top of the Lake gives Campion a wholly remarkable emotional landscape to work with, a tantalizing canvas for her to indulge her tangy sense of symbolism and her curiosity with how sexualized traumas and emotional tremors in youth bear out in the professional and romantic lives of grown women. (Spoilers herein.)

Campion focuses on Robin’s life as a detective, but also as an ex-pat returning home, facing the impending death of her mother (Robyn Nevin) and the memories of being gang-raped on her prom night. The horrific crime, seen in flashback, has never been prosecuted, and the director is particularly adept at showing how, in a town fueled by transgression, an unreported crime is easily swallowed up by history and cruel indifference. Robin’s main assailant remains a well-known and well-liked member of the community, introduced as he sheepishly consents to prostituting himself at a bar to a neophyte landowner named Bunny (Sweetie’s Genevieve Lemon).

In a comic twist, Bunny puts a strict time limit on her tryst, explaining that any more than seven minutes spent intimately with a man would cause her to develop an attachment; control, so easily mistaken for self-possession, is an idea of consistent interest in Top of the Lake. Bunny owns a piece of Paradise, a small area toward the top of the lake, and has set up a makeshift shantytown for damaged women, including the prophetic, hard-bitten GJ (Holly Hunter). Their arrival causes an immediate, angry confrontation with Matt, who’s still rapturously smitten with the memory of his draconian mother, who’s buried in Paradise. As much as Matt more or less controls the town via his drug trade and relationship with Parker, his mother’s sense of severe punishment controls him fully, so much so that it bungles his budding relationship with one of Bunny’s cohorts (Robyn Malcolm).

The great expanse of time and episodic nature that partially defines the series format allows Campion to work at once ambitiously and confidently, splintering her view of femininity into various levels of economical standing and age, seen through a cadre of characters, all of whom are robustly developed in loving detail. And many of their prime conflicts mirror Tui’s pregnancy, which GJ promptly refers to as a “time bomb,” in a litany of confessions, cover-ups, deaths, and bad dealings. Robin’s rekindled romance with Matt’s alienated son, Johno (Thomas M. Wright), is at once due to and jeopardized by her repression of her rape, and her false conception of Tui as a frightened and scared little girl is clearly warped by her renewed, barely concealed feelings of helplessness. One could even see Robin’s mother’s aggressive cancer as a lacerating metaphor for her own repression of her current partner’s violent side and the true identity of Robin’s father.

As much as the series is Campion’s tour of the land of the repressed, she’s also crafted a riveting and engrossing faux-whodunit, an epic, gnarled expressionistic mural that makes stunning use of a uniformly excellent cast and repeated, evocative images of horses, dogs, bones, elk’s heads, etc. Like David Fincher’s ferocious House of Cards, Top of the Lake is a supremely fascinating reversal of genre, as it ends up that Tui is in need of less help then Robin realizes, and even the “good” men of the story have secrets that reveal them to be predators or, at best, noble cowards.

If various forms of control (even from beyond the grave) form the Top of the Lake’s narrative backbone, it’s ultimately a question of responsibility that drives the series. This serves the story exquisitely, as both the identity of who’s responsible for Tui’s pregnancy and her disappearance are of primary concern, at least on the surface. Campion delves deeper, however, to consider how behavior, particularly in women, is informed by family dynamics, community values, and personal events. GJ is a brutally logical thinker, but she’s in consistent praise of the body’s intelligence, its ability to lead her into clarity even as her brain holds her back. Top of the Lake echoes GJ’s unwavering belief in the body to profound effect, as despite the formidable technical mastery applied and the demanding sprawl of the multifaceted narrative, Campion’s series has the unmistakable timbre of daring art made naturally.