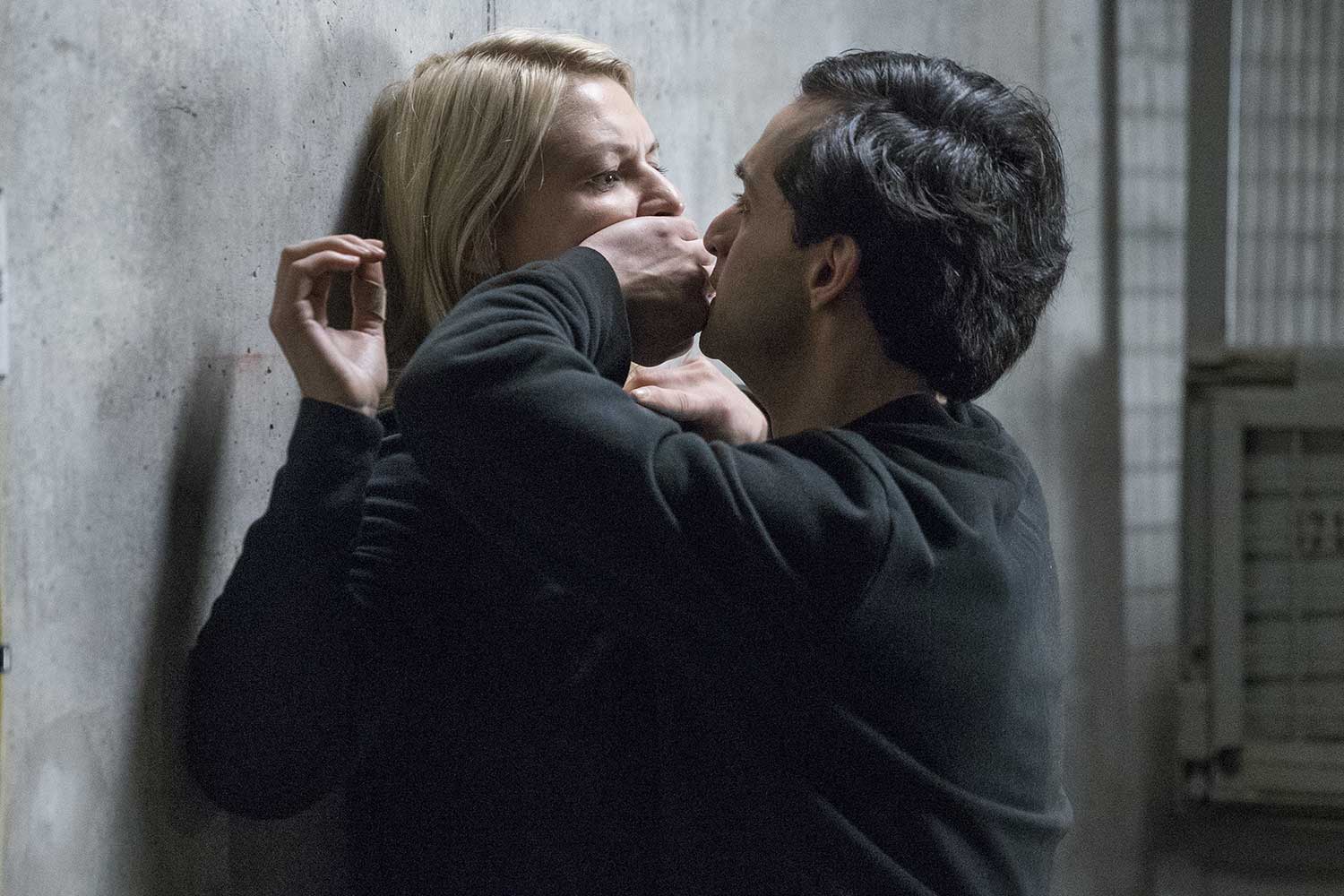 The simple fact that “A False Glimmer,” the season finale of Homeland, resolves its major terrorist plot within the first 10 minutes serves to emphasize that this isn’t really what the series about. Yes, like most other shows, the hero triumphs—though Carrie (Claire Danes) stresses that it’s Qasim (Alireza Bayram), a potential terrorist with second thoughts, who truly saved everyone, including her. But instead of happily ending there, the remainder of the episode lingers almost uncomfortably long on the survivors.

To begin with, there’s Jonas (Alexander Fehling), who returns home to find that Carrie’s passed out in the bed they once shared: “It feels like it’s been forever,” she says when he, prince-like, awakens her with a kiss. But though they momentarily fall into one another’s familiarity, Jonas still insists on ending things between them. Carrie—frustrated, embarrassed, and angry at his refusal to give them another chance—demonstrates why Jonas’s painful goodbye is so necessary: She may have changed, but she still sees and hears only what she wants to, leaping on his casual mention of something “crazy” as if it’s a personal attack against her and the moment back in “Super Powers” when she went off her meds. Jonas recognizes that Carrie’s the blond-haired stranger who rushed into the train station and saved thousands of lives; he understands that her erratic behavior was ultimately justified. But that’s not the life he seeks: “I don’t want to go through life always worried about what’s around the next corner, and I don’t want our kids to either.”

Then there’s journalist Laura Sutton (Sarah Sokolovic), who, after her threats to release the leaked C.I.A. documents to the German public in last week’s episode, finds herself being leveraged. BND agent Astrid (Nina Hoss) wants nothing more than to cancel Laura’s residency, but ultimately both women compromise their values for the sake of others, hollowing out any victory or loftier goal that either of the two might have claimed. Astrid and her government aren’t always right, either in methods or results, but they’re at least trying to make their country safer, just as Laura—who’s been right in “speaking truth to power”—agrees to recant her statements and finger Faisan Marwal as an actual terrorist in order to keep Numan (Atheer Adel) from being deported to Turkey and to certain death.

And, of course, there’s poor Peter Quinn (Rupert Friend), who makes no miraculous recovery after being dosed with Sarin gas. (Instead, he has a brain hemorrhage that reclassifies him as “minimally conscious.”) His situation is the clearest indicator that Homeland isn’t pulling any punches. He’s a (nominally) living testament to the sort of lifestyle Jonas fears: Here’s what happens to those dedicated to a cause or an ideal that’s built on death instead of the hope found in families or love. This isn’t just speculation either: Dar Adal (F. Murray Abraham) delivers a final handwritten missive from Quinn to Carrie in which Quinn poetically explains that he, a creature raised in the darkness of a bleak foster home and trained to be an assassin, saw light in Carrie. But as Quinn writes in his letter, “I guess we never happened,” which makes Carrie nothing more than a mirage, or the titular “false glimmer.” He realized, ultimately, that she couldn’t save him, as his violence made him unworthy of her love.

The first time Carrie begins to read this note, she’s interrupted by Saul (Mandy Patinkin), who’s once again imploring her to return to the C.I.A., going so far as to give her carte blanche to select her own missions and agents. “I need you,” he tells her, but this isn’t a romantic comedy and, as she tells him point blank, “I’m not that person anymore.” In the hospital chapel, waiting for news on Quinn’s brain surgery, Carrie once again looks toward God as we first saw her do in “Separation Anxiety”, and again in “All About Allison,”, but instead finds strength in her pain, essentially flagellating herself as she clasps her hands together not in prayer, but with one hand digging into the wound on the other. If anything, this speaks to Carrie taking control of her own life, literally putting things into her own hand, and director Lesli Linka Glatter emphasizes this effect by bathing the chapel—of Carrie’s, and the audience’s imagination—in light.

On the other hand, Saul is plunged into darkness. He begins slowly enough, slyly retaining his composure as he speaks to Ivan (Mark Ivanir), the man he’s suspected of being the handler of his former lover and definite C.I.A. turncoat Allison Carr (Miranda Otto). Instead of snapping at him, like he did when interrogating Allison, he commiserates, one agent to another: “You came this close to painting a masterpiece,” he says of the way Ivan managed to penetrate the agency, and speaks with actual respect.

That, of course, is because his righteous anger remains directed at Allison, his betrayer. For that reason, he offers immunity to Ivan—the chess-master in this scenario—just to track down Allison, the pawn that did him wrong. Carrie couldn’t have been more correct to separate herself from this man, for what follows might as well have been a scene out of The Godfather. As Allison hides in the trunk of a car, attempting to cross the border, C.I.A. operators posing as road workers redirect the vehicle down an abandoned country road. The car hits a camouflaged spike strip and comes to a stop, and gunmen descend on it, putting holes through just about every inch of the car; Saul himself follows, popping the trunk so as to look on in grim satisfaction at Allison’s bloodied, bullet-riddled corpse.

The episode ends, however, with Carrie returning to Quinn’s bedside, to finish—uninterrupted this time—the remainder of Quinn’s final will to her. As with Brody before him, Quinn’s letter speaks with the metaphor of a star: “Don’t put a star on the wall for me. Don’t say some dumb speech. Just think of me as a light on the heavens, a beacon, steering you clear of the rocks. Yours, forever now, Quinn.” Light floods into the room, as it did in the chapel, but this time the glimmer lingers. Carrie’s had a proposal from Otto During (Sebastian Koch), who wants her as his life partner, which is ostensibly a far better way to effect a new paradigm than with Saul’s old, mulish, and violent ways, and while she hasn’t accepted, she has at least escaped her former mentor’s powerful orbit. Perhaps this, too, is nothing more than a false glimmer, especially as the episode ends just before Carrie, almost certainly, mercifully ends Quinn’s life, but damned if there isn’t somehow still hope in the poetry of the episode’s haunting fade to black.

Doctor Who Recap: 2015 Christmas Special, “The Husbands of River Song”