The first 30 minutes of Gracepoint, based on the ITV series Broadchurch, offer a potent example of how to shape a gnawing sense of dread, as the camera pans through the main street of a rain-soaked town in the middle of the night until it stops on the image of a young boy weeping at the precipice of a cliff overlooking the ocean, blood dripping from his fingers. Cut to Beth Solano (Virginia Kull) waking startled, but soon caught up with the morning chores. In the last moments of normalcy they will enjoy, the Solano family goes about its daily business, oblivious to the tragedy that will soon engulf them as Beth casually wonders why her son, Danny (Nikolas Filipovic), has left his lunchbox on the kitchen counter. In a subtle and quietly bravura extended tracking shot, family patriarch Mark (Michael Pena) weaves through the town on foot as if on a meet and greet, introducing the audience to many of the story’s key players.

Thus the stage is set for the revelation of Danny’s death, the loose thread that, when tugged by the police investigation, slowly unravels the community’s coat of well-being. Set among vaulting cliffs and a vast sea, the scene emphasizes the smallness of the people who move haltingly between them. It’s here that we first see Emmet Carver (David Tennant) bumbling toward a child’s body at the base of a cliff, muttering, “Don’t do this to me,” while Ellie Miller (Anna Gunn) arrives, fuming at having lost her job to Carver, then shrieking in horror as she recognizes the body at the base of the cliff as that of her son’s best friend. The scene is capped by the arrival of Beth, whose cries of anguish at seeing her son’s yellow sneakers poking out from under the police tarp are agonizing. The tonal shifts, from eerie to cheery then back again are seamless, and the audience is kept off kilter, unable to anticipate or prepare for what will happen next. For a few moments, it feels like we’re in David Lynch territory.

Unfortunately, after this compelling start, Gracepoint steadily descends into the familiar. A small town deals with an unexpected death, and the shock waves resound as community members come face to face with half-hidden truths about themselves and each other. It might be another entrant into the “small-town murder unravels the ties that bind the town together” tale, but it lacks the ambition of The Killing, Twin Peaks, or Top of the Lake, and fails to bring anything new to the genre.

The town is stocked with small-town types (the crusty seaman, the ethically shady journalist, the damaged cop trying to outrun his past) who all seem to have lurid secrets that have been waiting for this crisis in order to be revealed. Many of the key plot developments are predictable, as the story hops from one suspect to the next, setting us up to think this must be our man (or woman), only to pull the rug out from beneath our suspicions. Stock scenes of policemen barking orders and newspapermen airing complaints and positing theories help push the storyline forward, while the change of scenery from the British coastal town to northern California allows the creators to inject the story with some clumsy migratory whale symbolism.

David Tennant, who also played the lead detective in Broadchurch, brings his customary nuance to a role that ultimately feels like an enigma that Gracepoint has little interest in solving. Sarah-Jane Potts, who injects the story with some much-needed humor and whimsy, is sadly underutilized in her supporting role as hotel owner Gemma Fisher, but Kull, as the grieving mother with secrets of her own, stands out for her convincing articulation of grief, confusion, rage, and feelings of betrayal over a several-episode arc. And Gunn has some of the show’s most memorable moments, such as her amusing tirade delivered after she learns she’s lost her promotion to Carver; caged in the police station’s bathroom cubicle, the character’s rage is intelligently set against her literal and figurative confinement.

If only these flashes of actorly conviction were enough to elevate Gracepoint above the rank of pretender. As is, the series is a competent yet unexceptional genre exercise that only rises above its limitations in its opening passages. From that point on, Gracepoint settles back into the comfortable rut of audience expectations.

Review: How to Train Your Dragon: The Hidden World Makes Most of Growing Up 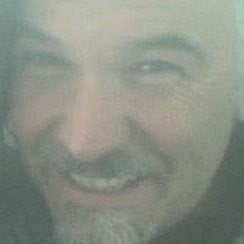