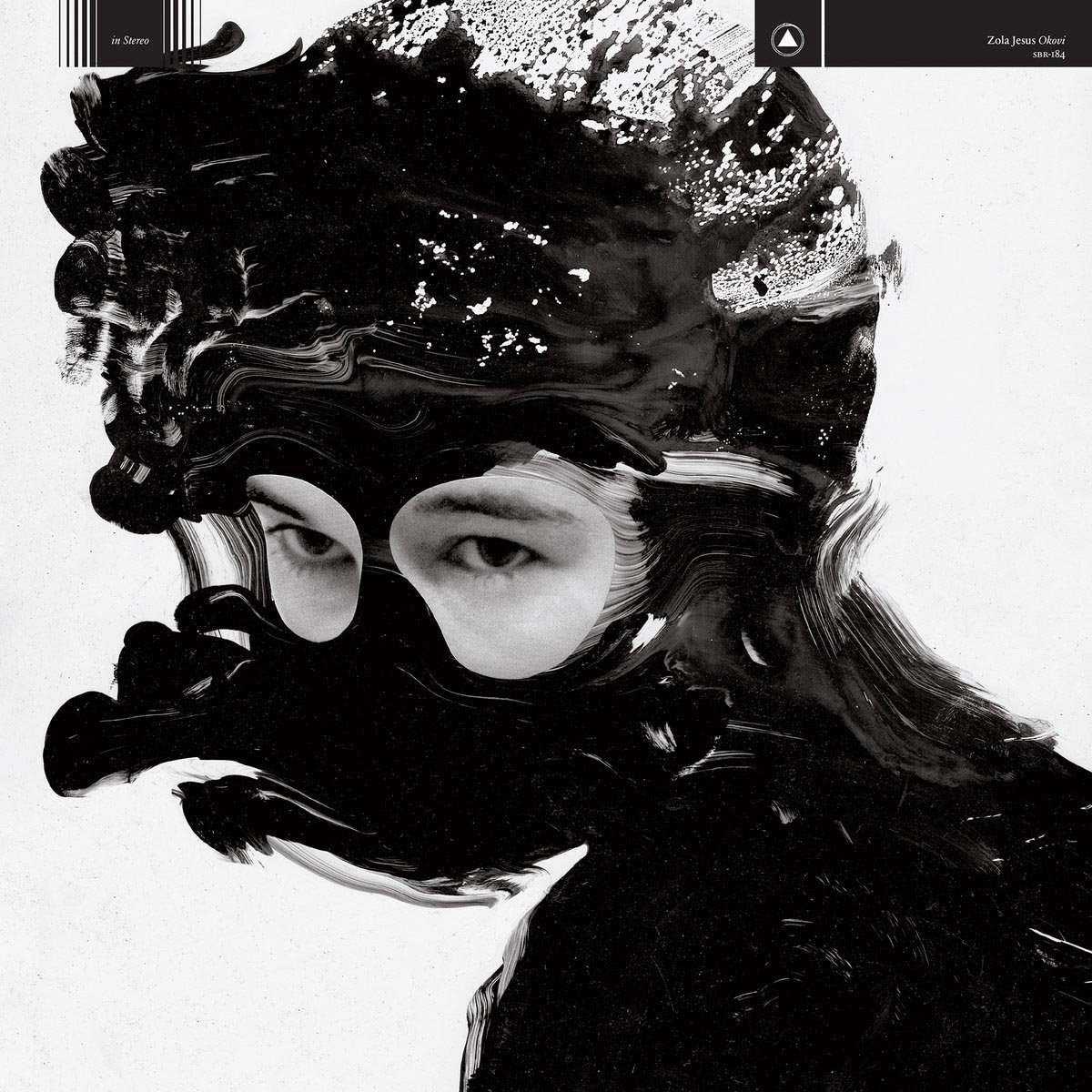 By brightening her haunting, operatically trained voice and eschewing her usual ominous electronic effects and string arrangements in favor of warmer and more accessible synth-pop and trap elements, goth-pop singer-songwriter Nika Roza Danilova, a.k.a. Zola Jesus, aimed for pop crossover success with 2014’s Taiga. The effort yielded muddled results, diluting her distinctive sound and resulting in a banal, formless album. Not only does Okovi reprise Danilova’s familiar formula of pained, soaring vocals set to ghostly atmospherics, it literally returned the artist to her roots, as she retreated to the woodlands of her Wisconsin hometown to work on the album.

Dealing with the fallout of a friend’s suicide attempt and another friend’s cancer diagnosis, Danilova reportedly struggled with depression while writing this album, whose title is the Slavic world for “shackles.” But rather than be crushed under morbid meditations, Danilova most often uses the specter of death as a life-affirming call to break through barriers and make the most of the time we have on Earth. Which isn’t to say that Okovi is an optimistic work. The sweeping, cinematic “Exhumed” roils with righteous anger, its stabbing strings and galloping drums joined by Danilova’s banshee wail, but the song’s sinister tone is contrasted by the singer urging us to let the burdens the hold us down “sink.” A similar image is given a more self-sacrificial bent on “Soak,” as Danilova offers to “sink to the bed like a stone” and “never let you drown.”

Amid sparse, gentle strings on “Witness,” Danilova considers how we’re best able to cope with emotional wounds when we view our circumstances from the outside looking in. Okovi falters, though, when she relates her beliefs too broadly. By moralizing that any action that doesn’t make us wiser, stronger, or more alive must be foolhardy, as she does on “Wiseblood,” she sets an oversimplified, preachy tone. Atop booming percussion and distant, ethereal synths, she offers only platitudes to a suicidal friend on “Siphon,” asserting that there’s more to life than the “cold dark nights inside your head.”

Danilova’s music is often at its best when her powerful voice complements the gloomy arrangements rather than towers over them. The David Lynchian reverse-vocal effects that are peppered throughout the industrial textures of “Veka” convey a more disquieting urgency than Danilova’s bleak ruminations about feeling lost. Likewise, her words can be difficult to decipher amid the long-held vocal notes and haze of reverb of the lush synthwave track “Remains.” But it’s not necessarily what she’s singing, but rather the longing in her voice that provides the catharsis on Okovi.

Review: The Dream Syndicate, How Did I Find Myself Here?