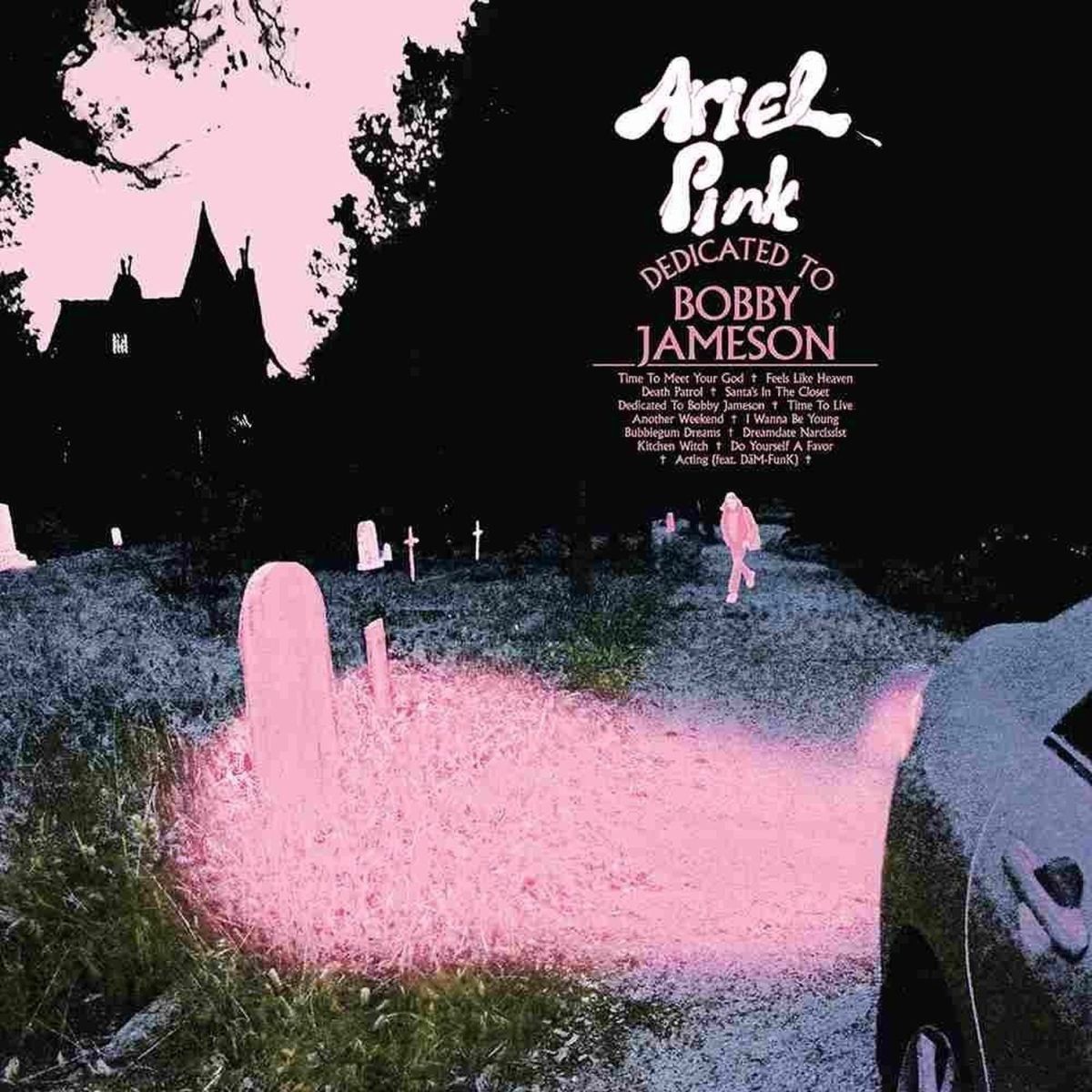 It makes sense that Ariel Pink found a kindred spirit in the late Bobby Jameson, the cult singer-songwriter and erstwhile “Mayor of the Sunset Strip,” because the subcultural 1960s Los Angeles in which Jameson held court has always been an aesthetic touchstone for Pink. Indeed, the list of Jameson’s contemporaries reads like a recipe for Pink’s heterogeneous musical brew, which is best described as two parts Frank Zappa and the Mothers of Invention, one part Beach Boys, and just a dash of both Phil Spector’s Wrecking Crew and the gloriously ragged garage-psych band the Rockets.

Pink also shares with Jameson a proclivity for snatching defeat from the jaws of victory. Jameson’s struggles with the law, substance abuse, and the music industry ended his career before it could take off; Pink, seemingly poised for a mainstream breakthrough with 2014’s pom pom, got himself branded the “most hated man in indie rock” after a series of problematic comments to the press. But while Jameson spent the next three decades in self-imposed exile, Pink only took three years. The resulting album, Dedicated to Bobby Jameson, draws a poignant connection between the two artists, reshaping Jameson’s tragic arc into something more heroic, even redemptive, for Pink.

The specter of Jameson offers a useful framework for Pink’s signature sound, which has long existed alongside contemporary music trends without fully jibing with them. His self-released early recordings got him lumped in with chillwave, one of those early 21st-century micro-genres with a definition that only made sense to bloggers and marketers. His 2003 signing to Animal Collective’s Paw Tracks made more sense, given his hyperactive songcraft and willful obscurantism, but not if you took into account the actual music: a neo-psychedelic jumble of sounds from the late ‘60s and early ‘80s, left out in the sun just long enough to warp into new and interesting shapes. With Jameson’s mondo Hollywood as his muse, though, Pink is in his most comfortable aural territory to date: wearing his sunshine pop influences on his sleeve with the aptly named “Bubblegum Dreams,” and adding an organ solo straight out of the Doors’s Whiskey-a-Go-Go residency to the ethereal title track.

That isn’t to say that Dedicated to Bobby Jameson is pure ‘60s pastiche. As on past Pink albums, there’s a fair bit of ‘80s in there too: Opening track “Time to Meet Your God” plays like an unholy mix of early Zappa and Gary Numan, and “Feels Like Heaven” channels Joy Division’s catchier moments (and the similarly titled 1987 song by the Cure) before exploding into a blue-sky pure pop chorus. The epic “Time to Live,” meanwhile, pairs a noisy goth-rock arrangement with the melody from the Buggles’s “Video Killed the Radio Star.”

Like the rest of Pink’s catalogue, the hooks here can be elusive, buried amid a cornucopia of silly voices, hyperactive genre pastiche, and murky production values. But when they land, they land hard. “I Wanna Be Young” in particular sounds like a roughshod, tongue-in-cheek demo for a perfect pop song, its self-effacing rawness making it more intimate and compelling than any theoretical polished version would have been.

It’s that roughness around the edges that makes Dedicated to Bobby Jameson so deeply resonating. Whether consciously inspired by Jameson or not, Pink fully embraces his ever-bourgeoning cult status throughout, and with a sense of wild-eyed invention that was sorely absent from the more conventional pom pom (and maybe a little too present on the accompanying promotional circuit). On this album’s standout final track, “Acting,” Pink—with support from another L.A. iconoclast, “modern funk” virtuoso DāM-FunK—sings about “acting out on fantasies.” If this is his version of “acting out” in 2017, he’s on a much better track than he was three years ago.

Taylor Swift Goes Hard on New Song “…Ready for It?”