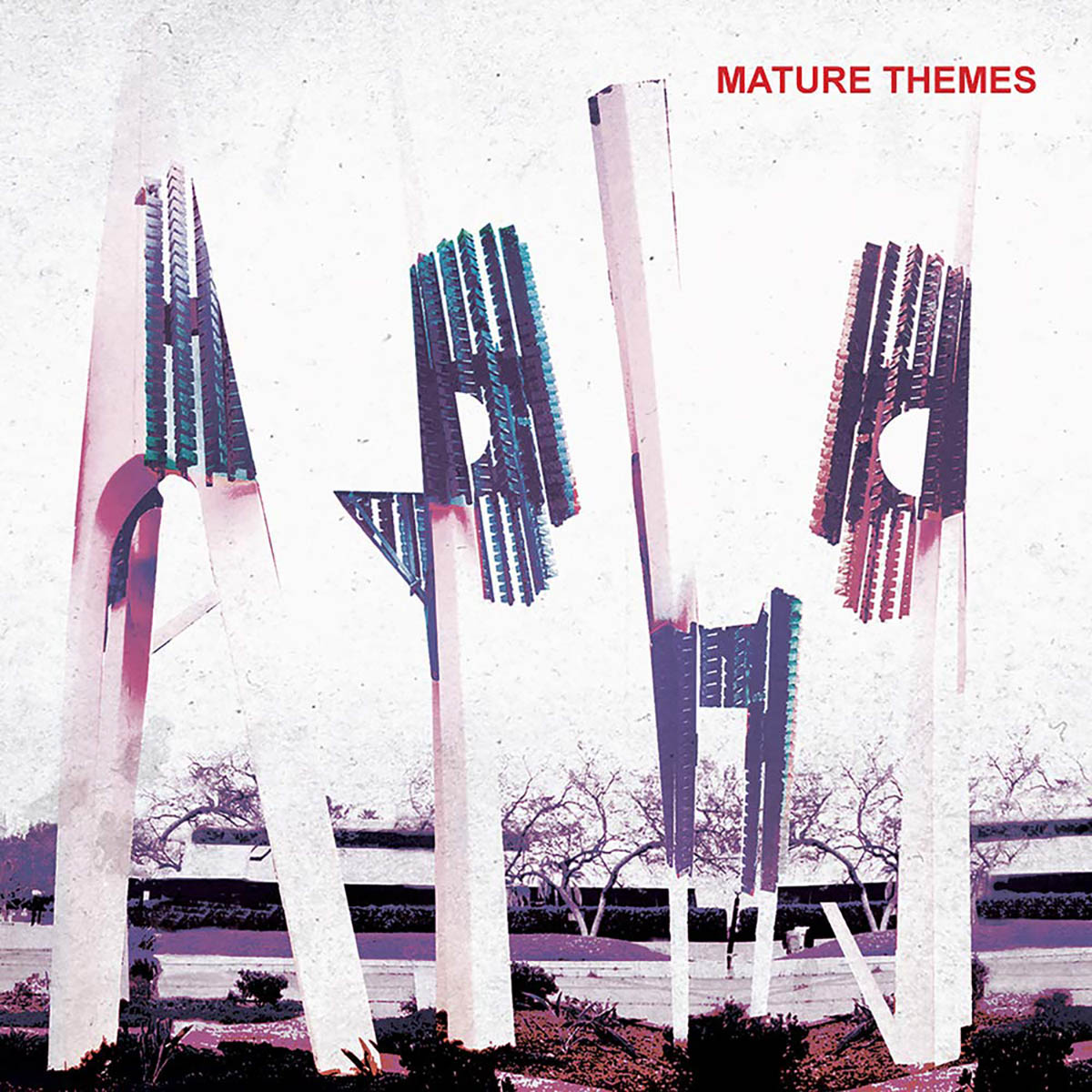 A man without a scene, a full-tilt radical with nothing to rebel against, Ariel Pink has never really found his place. Pouring out music like gasoline, but never able to light the match, he’s remained stuck as a novelty attraction and inveterate fringe freak. The sideshow continues with Mature Themes, which pushes further into Pink’s subconscious, a bargain-basement repository of pop-culture ephemera, junky samples, and song fragments.

In a more restrictive time, Pink might have found an outlet for his mania, but the relative freedom of today’s music world leaves him without limitations to rail against. His music is garbled by this lack of direction, and he seems to be fighting against himself as much as anyone, sputtering out contrasting ideas and half-formed concepts. Imagine all of David Bowie’s characters battling for space on the same album, oftentimes within the same song. So many dissociative identities leave Mature Themes feeling manic and confused, torn between cut-and-paste electronic patchworks, achingly serious R&B love declarations, and expansive, airy soundscapes, all of them tinged with a sinister madcap ironicism.

Pink is primarily a jester whose music strives for silliness above all; why else punctuate a chorus with Michael Jackson yelps, or write a nearly five-minute track about eating schnitzel? This is fine in one-song spurts, but the maelstrom of inane voices, gonzo effects, nonsense words, and non sequiturs grows exhausting long before the end of the album. Pink might be able to pose as an art-brut outsider were his hijinks not so aggressively knowing, and so the end product seems to be an elaborate joke, one with either the listener or Pink himself as the victim.

Pink is undeniably talented, but whenever he abandons the joke and embraces a relatively normal song structure, as on the title track or the first half of “Farewell American Primitive,” the songs wilt. There’s never any sense of balance, and when he finds a viable character, like the clown loverman of “Baby,” he doesn’t have the focus to bring the idea to a logical endpoint, languishing in repetition. Drenched in jokey ridiculousness and scrambled to the point of incoherence, Mature Themes might have been interesting as a first album. Instead, it’s another tiring exercise from an artist who may never tire of releasing such proudly hideous messes.