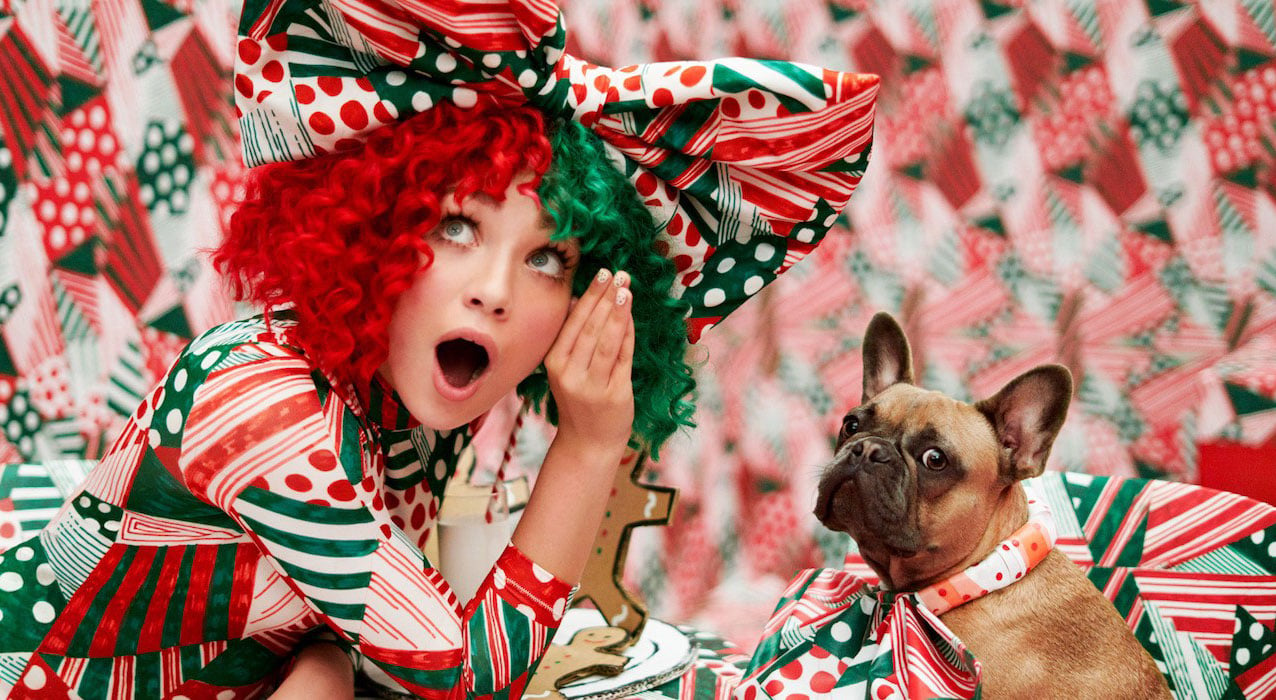 It’s that time of the year again. Month-long “Black Friday” sales. Last-minute treks to the gym to absolve your guilt over that third slice of pecan pie. And Mariah Carey playing on every radio station and in every shopping mall for the next 26 days. Unfortunately, we’ll also have to endure a litany of ill-conceived and poorly executed Christmas songs that are inexplicably resurrected every year, and will likely be until time immemorial. Here are 15 of the absolute worst offenders. Apologies in advance.

Need a palate cleanser? Check out a playlist of some of our holiday favorites.

A track from Sia’s 2017 collection of holiday originals, Everyday Is Christmas, “Puppies Are Forever” is a reggae-vibed public service announcement about, well, how puppies are not forever: “They’re so cute and fluffy with shiny coats/But will you love ‘em when they’re old and slow?” The repetitive song is, at best, an admirable message about the responsibilities of pet ownership. And it comes complete with the sound of barking dogs. (Earplugs not included.)

Sir Paul McCartney’s 1979 holiday earworm was left off previous iterations of this list due to its innocuous, if irritating, charm. Like Wham’s “Last Christmas,” the track’s synth-driven arrangement has a time-stamped quality that could be deemed “nostalgic.” But its hook is also repetitive and, especially by the former Beatle’s standards, basic—which also describes the music itself, performed entirely by McCartney.

This inspirational carol about a lonely widow featuring lyrics like “This year there’s no one to open the gifts/No reason for trimming the tree” was originally sung by Sandi Patti in the early ‘80s, but Clay Aiken resurrected it for his 2004 album of the same name, instantly catapulting it onto nearly every Worst Christmas Song list.

This rightfully detested lark about a drunken granny getting murdered in a hit-and-run accident might seem like an obvious contender for any list of the worst Christmas songs of all time. But its macabre sense of humor and bizarre declaration of faith—“You can say there’s no such thing as Santa, but as for me and Grandpa, we believe!”—render it a somewhat redeeming curiosity. It’s too bad the song’s vocals are as inanely irritating as its mind-numbing melody.

Holiday cheer has always been all-inclusive. Hell, even the Jewish Neil Diamond has released three Christmas albums. But I’m going to go out on a limb and say a Latin house anthem with lyrics like “Bonga, bonga, bonga, do the Christmas conga!” probably wasn’t necessary. But we still love you, Cyn.

This Saks Fifth Avenue potboiler from 1952 about a child catching his mother being sexually assaulted by an elderly home invader only becomes even creepier when you realize the kid’s mom isn’t cheating on his dad, but that Mommy and Daddy have a Santa fetish.

The concept is touching enough: Fogelberg runs into an old flame at the grocery store on Christmas Eve and they grab a drink and reminisce. But melodramatic lyrics (“She went to hug me and she spilled her purse/And we laughed until we cried”) and gratuitous details (“We took her groceries to the checkout stand/The food was totaled up and bagged”) make “Same Old Lang Syne” a cloying annual annoyance.

Best known for their hit “Cheeky Song (Touch My Bum),” this Transylvanian duo cracked the U.K. charts in 2004 with a yuletide song based on Sabrina’s “Boys (Summertime Love).” The song doesn’t have a whole lot to do with Christmas, but there are some synthesized sleigh bells and the video features the bikini-clad twins frolicking in front of a Christmas tree at a festive pool party, so I guess that counts in England.

Lady Gaga’s first foray into holiday fare came at the very start of her career, which means “Christmas Tree” is steeped in grating, Fame-era EDM beats and synths. Co-written by Gaga and French-British artist Space Cowboy (who’s also featured on the track), “Christmas Tree” is a variation on the classic, centuries-old Christmas carol “Deck the Halls,” replacing the original lyrics with unimaginative and mechanically delivered sexual innuendo like “Light me up, put me on top/Let’s fa-la-la-la-la/La-la, la-la” and “Take off my stockings here/I’m spreading Christmas cheer.” More like spreading pine needle rust.

Lou Monte’s 1960 holiday jingle about Saint Nicola outsourcing his Christmas present deliveries in the Italian mountainside to a dim-witted donkey feels more prescient than ever. But that doesn’t make it any less irritating.

Almost everyone can relate to the sentiment behind “Please, Daddy (Don’t Get Drunk This Christmas),” but a grown man singing “Now I’m almost eight, as you can see” is profoundly unsettling, even if that man is the eternally youthful John Denver.

In 2011, Michael Bublé decided to record an update of Eartha Kitt’s oft-covered holiday classic “Santa Baby.” Only the prospect of seducing Santa Claus into gifting him luxury items so threatened Bublé’s delicate notions of masculinity that he opts to refer to Saint Nick as “buddy” and “dude” rather than the benign, unisex “baby.” That light blue ‘54 convertible Eartha asked for? Now it’s a manly steel blue ‘65 convertible, because I guess a Mustang is more masc than a classic Chevy. Subtracting the song’s coy come-ons renders it utterly nonsensical. As one think piece on the matter put it: “Are Michael Buble and Santa in some sort of weird, nonsexual sugar daddy situation where they don’t sleep together but it’s agreed that Buble won’t sleep with women, either?”

For two decades now, NewSong’s contribution to Christmas music has ruined the holiday season for millions of people around the world. In the song, the narrator (played by Rob Lowe in the video) meets a little boy who’s “dirty from head to toe” and who asks him to buy a pair of shoes for his dying mother so she looks beautiful in case she “meets Jesus tonight.” Half-step key changes and a children’s choir are added insurance in case you haven’t felt cheaply manipulated enough. Putting “The Christmas Shoes” at #1 on this list doesn’t do justice to how horrendous it is. The enormous gulf in quality between our #2 pick, “Please, Daddy (Don’t Get Drunk This Christmas),” and this song is the equivalent of a 3.0 and a 10.0 earthquake on the Richter scale. It’s not just the worst Christmas song ever, it’s one of the worst songs ever recorded.