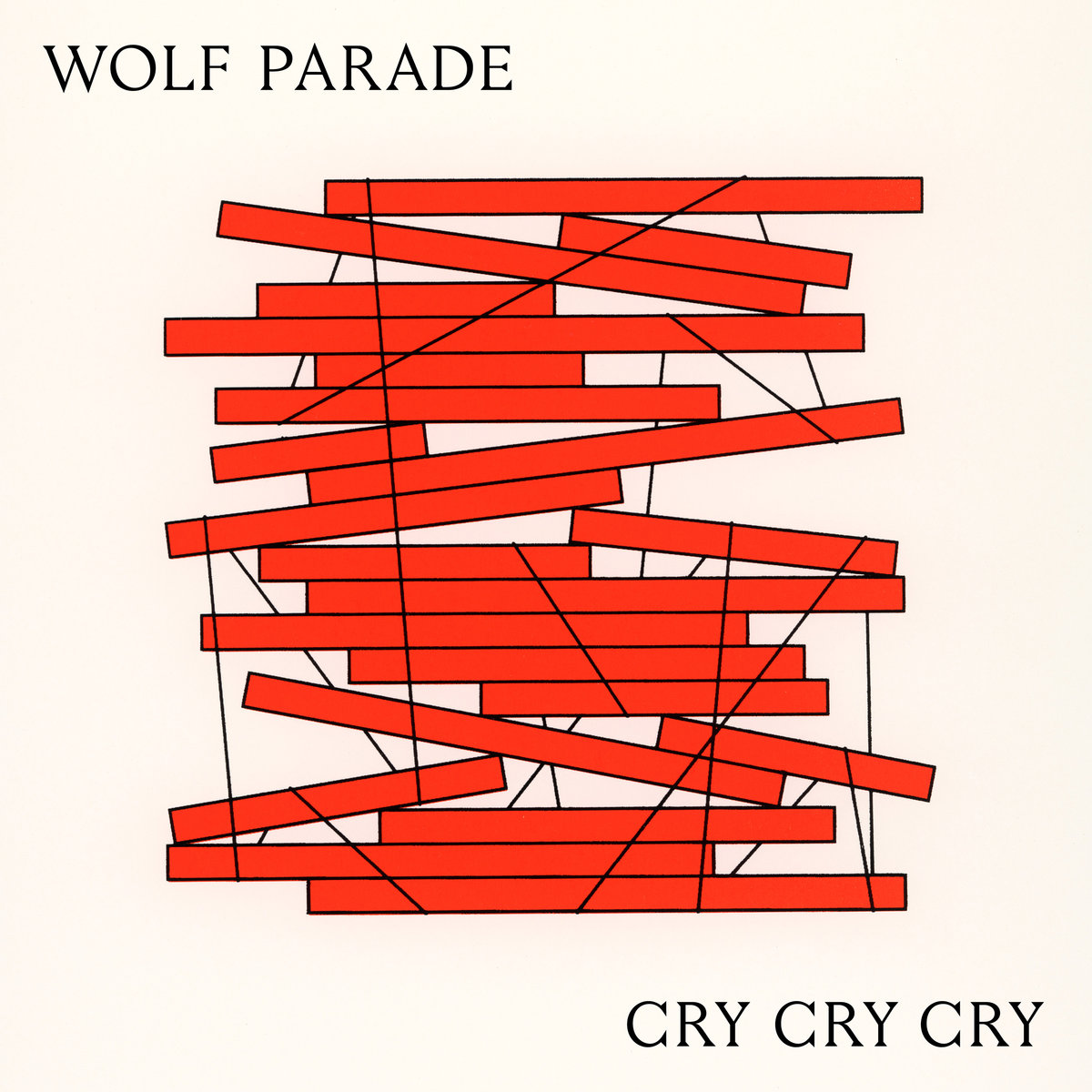 Apprehension about the modern world has underscored Wolf Parade’s songwriting since the Canadian indie rockers’ 2005 debut, Apologies to the Queen Mary, but on the band’s fourth album, Cry Cry Cry, that vague sense of ennui has taken on a more specific focus. Following a five-year hiatus, the band started writing new music for the album during the 2016 presidential election, and the ugliness of the American political climate led to songs with a thorny sense of disgust and powerlessness.

Boeckner and Krug may trade lyrical and vocal duties, but the singer-songwriters maintain a singular focus on the frightening prospect of navigating a world that, now more than ever, is gripped by mass delusion. Krug’s pensive piano sets an ominous tone on opener “Lazarus Online”: In response to a once-suicidal fan reaching out to him, he briefly presents a call to “rage against the night,” but it’s not long before he concedes that we’re all destined to “fall like autumn leaves into some nihilistic season.”

That track is an outlier on an album whose bleak outlook is otherwise belied by upbeat melodies and propulsive anthems about the desire to escape chaos. Written in response to Leonard Cohen’s death the day before the election, the buoyant “Valley Boy” finds Krug pondering whether the late icon “slipped away up the stairs” because he knew “it was all going to go wrong.” Elsewhere, Boeckner sings of a desire to flee from authoritarian rule on the energetic “Artificial Life,” decrying a trickle-down economics “orchestrated” to only offer scraps to the hungry who will inevitably “be the last in the lifeboat.” And it’s a more personal release Krug has in mind with the sublime, prog-organ-fueled “Baby Blue,” as he longs to escape a doomsday mentality by traveling back in time to the band’s salad days in Montreal.

Wolf Parade captures how complacency allows simmering tensions to metastasize. On the infectious, almost manic “Who Are Ya,” Krug bemoans the stagnation that results from our inability to reconcile competing desires—“You wanna move toward the light/You wanna stay in the dark”—and how that can be easily exploited by outside forces. On an album brimming with political subtext, the soaring “King of Piss and Paper” most explicitly confronts the current President of the United States, concluding that the rise of Donald Trump resulted from a self-fulfilling prophecy of a vitriolic, easily distracted tabloid culture. As Krug closes the album amid a crashing instrumental fury by wailing “The king is coming down the fucking hall to kill us all,” it’s a cathartic cry of desperation in response to America’s still-fresh wounds.