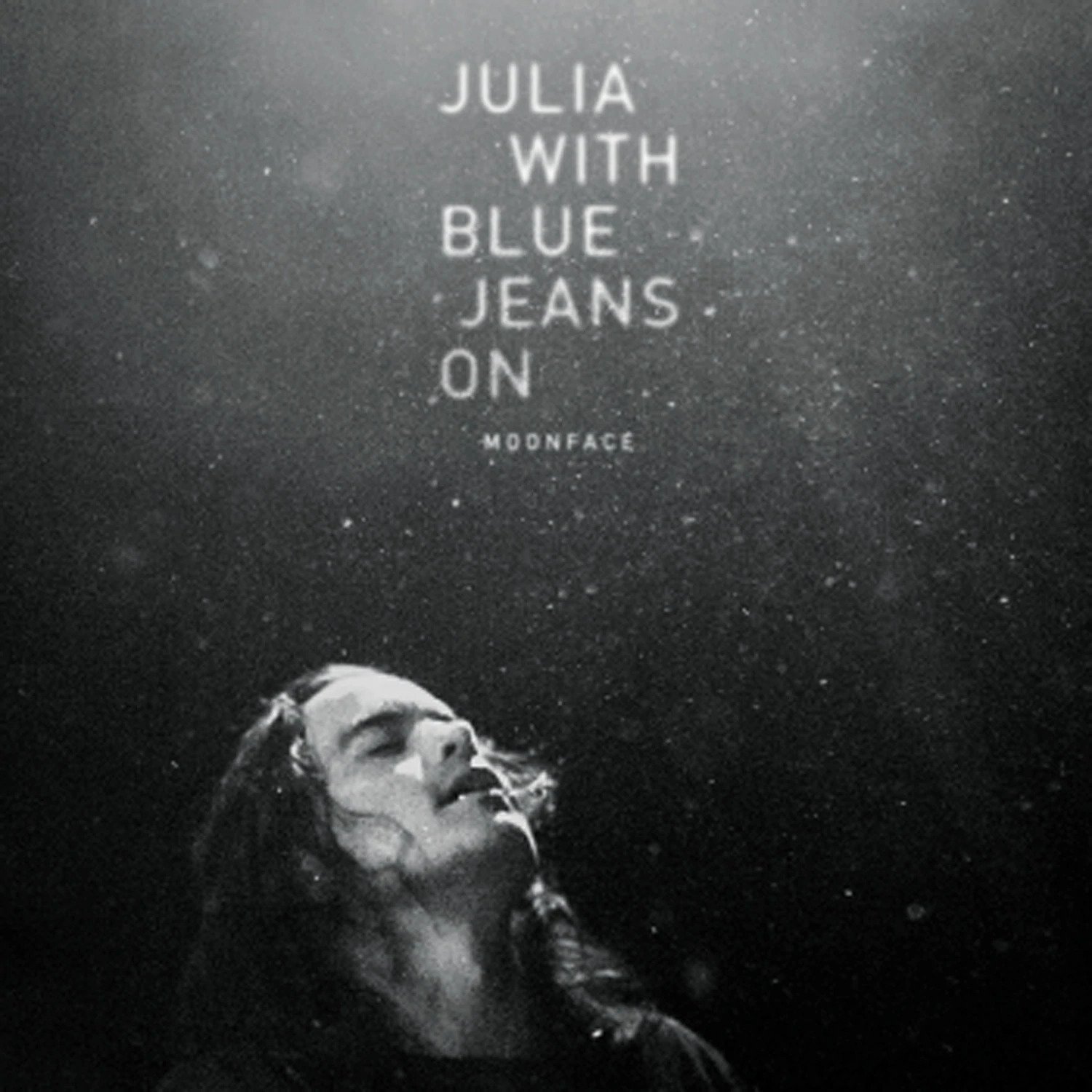 With lyrics strewn with paeans to mystic creatures, erstwhile deities, and killer gorillas, Spencer Krug’s songs with Wolf Parade were always far more fanciful than those of fellow member Dan Boeckner. Krug’s equally confounding work with Sunset Rubdown allowed him to drift even further etherward, but his latest project, Moonface, has enabled him to follow his muse to the ends of the Earth and back. Well, at least as far as Finland, as Heartbreaking Bravery, his collaboration with Finnish post-rock outfit Siinai, edged closer to straightforward indie rock than he dared go before.

Krug may be kicking himself for employing the title of that album so soon, given the themes explored on Julia with Blue Jeans On, his latest under the Moonface moniker. A tight song cycle about finding love in a cold climate, the album never cloys, managing to veer away from the saccharine, confessional trappings singer-songwriters are often prone to. The album puts Krug front and center, armed with nothing but piano and voice. It’s a ballsy move, but it pays off in spades.

The opening track, “Barbarian,” begins with what sounds like a child practicing their first piano exercises, the left hand spanning a simple octave, the right following a scale upward. After 30 seconds, the music moves up half a step, and the seven-minute song gradually unfolds into something grander and gentler than Krug has ever attempted before. “I asked you where you want to be buried,” he intones, halfway into the track, “and you asked me the name of the town where I was born,” somehow imagining early-relationship pillow talk as written by Nietzsche and followed by a “la-da-da” refrain. When, two songs later on “Barbarian II,” that chorus breaks a crack of light through two minutes of thundering chords, it’s impossible for even the coldest heart not to thaw out a little bit.

It’s easy to imagine a couple of the songs on Julia with Blue Jeans On fleshed out with a full band; somewhere in a parallel universe, the blustery chorus of “Love the House You’re In” is being yelled back at the stage in arenas. When matched, however, to a solemn string of rising and falling chords and some vividly self-deprecating verses depicting Krug “doing blow, playing chess by myself,” as it is here, it more closely resembles a Debussy prelude as narrated by Bret Easton Ellis.

The stately “Everyone Is Noah, Everyone Is the Ark,” which expands the title’s bibilical imagery into a treatise on human weakness (“Everyone has to gather souls around them,” Krug sings, “to feel useful and loving and loved”) before suddenly descending into rapid-fire ivory-tinkling, brings to mind the musical curveballs of Krug’s earlier work. Most heartbreakingly brave of all is the album’s title track and centerpiece, a song so intimate and personal, Krug didn’t even bother to mask its subject’s name. Its Romantic-style piano motif gives way to an almost Broadway-style finale, where Krug wrings out every last bit of drama from the lyrics: “I’d say the only name worth singing is not God,” he cries, before pausing for breath. “It’s you…Julia.”

“I believe that the coy, sycophantic, fluffy beast I see in my head when I hear the term ‘indie rock’ is dying,” Krug once wrote, “and that’s probably a good thing.” By evolving his music so far away from the style that gave him his reputation, Julia with Blue Jeans On implies that he’s got some grand ideas for how to play indie rock into the grave.