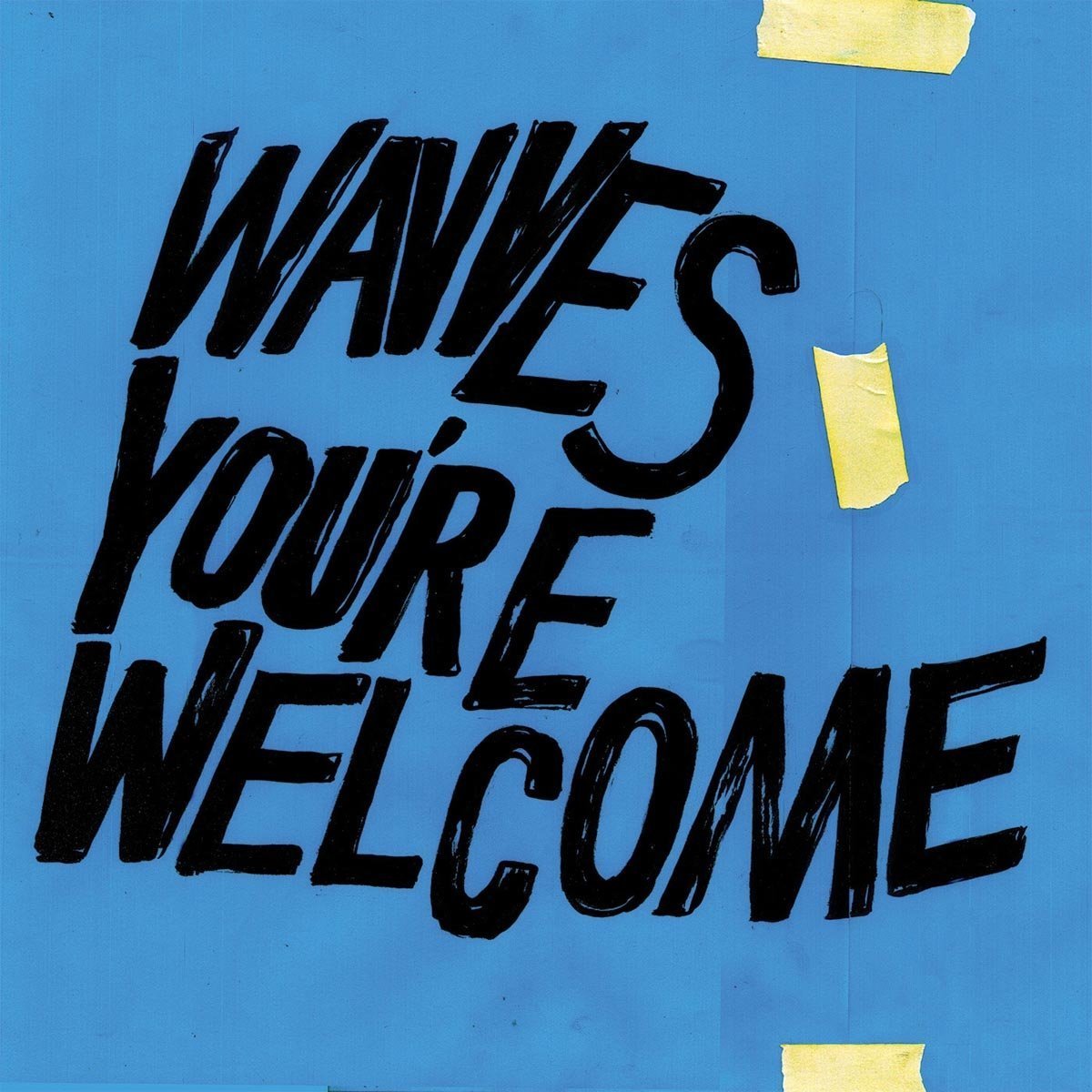 Unlike many of his fellow bedroom guitarists who started out recording at home, Nathan Williams clearly recognizes that “lo-fi” is an aesthetic best explored by necessity rather than by choice. Guided By Voices, Pavement, and other lo-fi pioneers would have made well-produced studio albums early on in their careers if they could have afforded it, as evidenced by the fact that they did just that once they could. Williams just took Wavves’s stoner surf punk in that direction more quickly, and on the band’s sixth album, You’re Welcome, he still encounters the benefits and pitfalls of emerging from beneath the lo-fi blanket of noise that initially distinguished Wavves.

While the band’s sonic palette has become immeasurably more sophisticated, You’re Welcome indicates that Williams only follows suit with his melodies about half the time. There was an inherently intriguing incongruity between his Brian Wilson-inspired melodies and the unfathomable level of DIY grime with which he rendered them on the first couple of (self-recorded) Wavves albums. Absent that tension, Williams’s melodies must be judged by their own ingenuity, and on that count, the ones on You’re Welcome, especially those in its back half, too often fall short of the mark.

Granted, laidback, beachy vibes crossed with aggressive punk tempos—driven primarily by Stephen Pope and Brian Hill’s thunderous rhythm section—still make for an interesting dichotomy, especially on “No Shade,” which playfully combines angry punk riffing with lyrics of Zen-like simplicity about sitting by the pool and sipping lemonade. But it doesn’t land so well when the hooks are as cloying and repetitive as they sometimes get here. As a result, even on a track like “Exercise,” which finds Williams railing, “I can’t believe the shit they feed to us/They’re lying to our face,” over growling guitars, the band comes off about as threatening as a mildly agitated kitten. On “Come to the Valley,” they don’t even begin to attempt to disguise the cutesiness of a melody that suggests “Be True to Your School” as a nursery rhyme. The closing Grease-esque ballad “I Love You” at least possesses the necessary sweeping romanticism to sell its inherent corniness, but it’s played so straight, and the lyrics are so pat and obvious, that there’s nothing novel about it.

What’s frustrating about these lapses is that the album’s first five tracks demonstrate that Williams is more than capable of shaping more mature-sounding songs to match the enhanced production values he now enjoys. Even at his slickest, on the opener “Daisy,” which veers very close to commercial pop-punk, he proves capable of testing boundaries with a wobbly high-pitched guitar riff and an unusual chord sequence during the verses. Similarly, the thumping title track and the psychedelia-tinged “Hollowed Out” are practically menacing, at least when compared to the songs on the album’s second half, without dimming Williams’s penchant for earworm choruses. Indeed, both songs will likely get stuck in your head almost immediately, but unlike “Come to the Valley,” you’ll actually want them there.

The greatest triumph here is “Million Enemies.” Anchored by Pope’s throbbing bassline, Williams stacks one meaty hook on top of another, introducing a different melodic shade with each, whereas elsewhere on You’re Welcome he’s content to run a single obnoxious chorus into the ground. But even beyond the song’s compositional merits, it’s easy to read it as a personal rallying cry for Williams against fans and critics who’ve criticized him for cleaning up both his sound and sometimes controversial behavior. He even goes so far as to draw direct attention to the often formulaic nature of his songwriting (the second verse begins, rather descriptively: “Another identical verse”). Williams doesn’t seem very perturbed though: “I got enemies, a million enemies/But baby, I am feeling fine.” While the songs that follow don’t fully justify such a level of confidence, for four minutes at least, he earns his swagger.