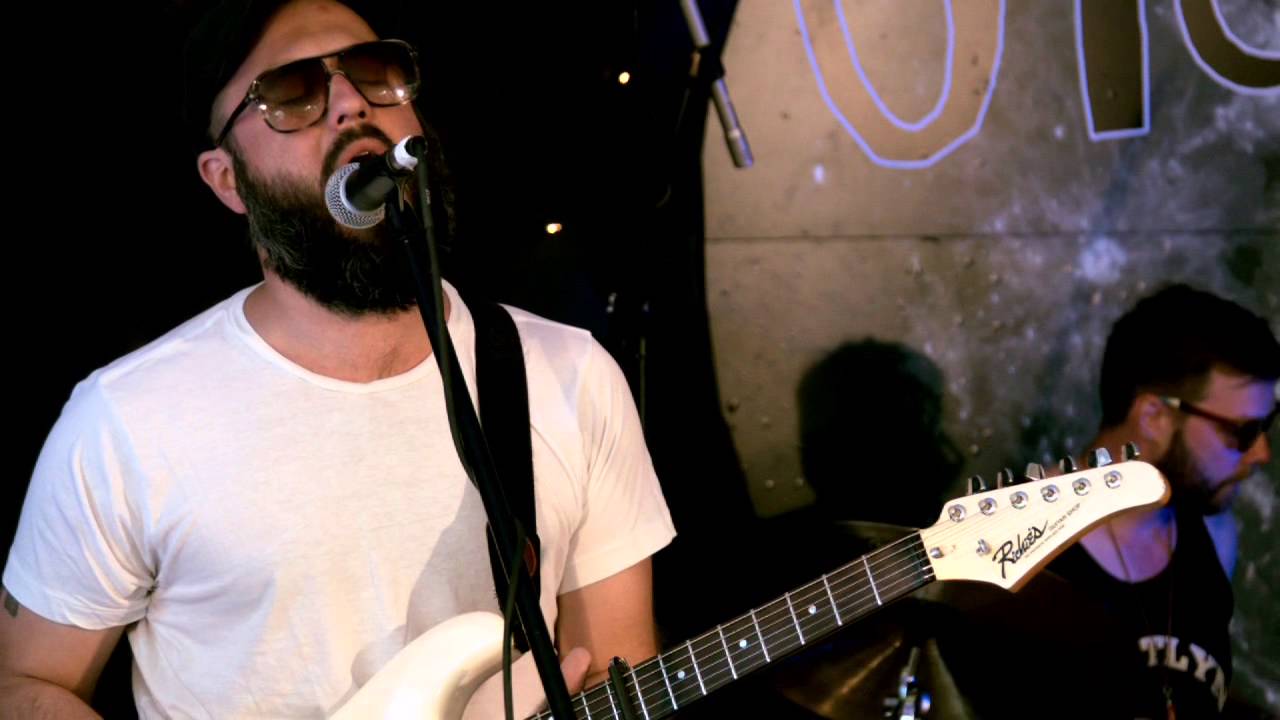 The Pandora Stage at Antone’s showcased a slate of solid rock acts, from the ever-protean Akron/Family to the vintage pop-rock act Guards. Akron/Family might be the hardest-rocking quartet of bearded, flannel-wearing musicians out there—a crowded field at SXSW, to put it lightly. Addressing the audience only a few times, the band spewed thick, crunching bass and drum sounds, nearly shouted three-part harmonies, and some occasional pedal-driven guitar screeches that proved sometimes more jarring than pleasurable. The sound gets sludgy at times, yet on the whole Akron/Family is a surprisingly tight live act—though I’d recommend bringing along a pair of earplugs out of kindness to your inner ear.

Sandwiching the Akron/Family show were two refreshing, lesser-known bands: Gold Fields from Australia and Anamanguchi from New York. Gold Fields played the outdoor stage at Antone’s just before Akron/Family started up indoors, and the sound they projected down West 5th Street was so inviting that I couldn’t pass without checking them out. The crowd was small and sun-sapped, yet Gold Fields galvanized an impressive degree of dancing with hard-driving dance-pop jams. The band layers smooth falsetto harmonies over two guitars, bass, drums, and keys, while looped electronic beats take would-be metal riffs and rubberizes the edges—a happy union.

Anamanaguchi offers something entirely different: huge, lightening-fast punk rock played over familiar video-game soundtracks and pop samples, memorably including the “Tell me what you want/What you really, really want” chorus from the Spice Girls’ mid-‘90s hit. Anamanaguchi’s sound is so out-there and spacey that lyrics seem superfluous; song titles such as “Turnpike Overdrive” provide all the exposition (if that’s the word) that’s needed. At one point, lead singer Peter Berkman announced they would play “a song about space and shit. It’s gonna be fun,” and the band delivered on that promise with high-pitched guitar wails anchored by Ary Warnaar’s expansive template of power chords. Anamanaguchi sounds equally appropriate on the Scott Pilgrim vs. the World soundtrack (they wrote music for the film’s video-game spinoff) and in a sweaty late-afternoon dance club. The sound is gloriously hyperactive Red-Bull rock; I’d highly recommend seeing this young band in action.

Mounting the Newport Folk showcase stage at midnight was The Last Bison, a gothic-folk outfit favoring 19th-century prairie costumes and song structures that veer swiftly from delicate melodies to minor-key bridges, creating a far eerier effect than most contemporary feel-good Americana acts. Crowded into the lean-to that serves as Blackheart’s outdoor stage, the nine-piece band composed a visual tableau straight out of the Dust Bowl era, the men in brocade vests and the women in floor-length calico gowns. With instruments including two xylophones, an upright bass, violin, mandolin, and multiple rattles, the ensemble managed to keep the audience stomping into the wee hours of the morning.

Segueing from period gothic to garage rock, I stopped by the VICELAND outdoor stage to catch back-to-back sets by Wavves and Japandroids, who kept things predictably noisy and fast. Thanks to labyrinthine lines that stretched toward the end of the block, hopeful attendees literally scaled barbed-wire fences to catch a better glance at the spectacle (I chose the street view).

Closing out the night in a ramshackle wooden structure east of Highway 83, I found DJ Sean Glass leading a full-on rave, complete with piercing laser strobes and free beer cans proffered straight out of the 30-rack box. As the late crowd bounced, gyrated, and fist-pumped, the structure’s plank-wood floor shook noticeably while Girls’s Christopher Abbott (whose film Burma won the Grand Jury Award for Best Ensemble Cast at the festival) could be seen schmoozing on the deck.