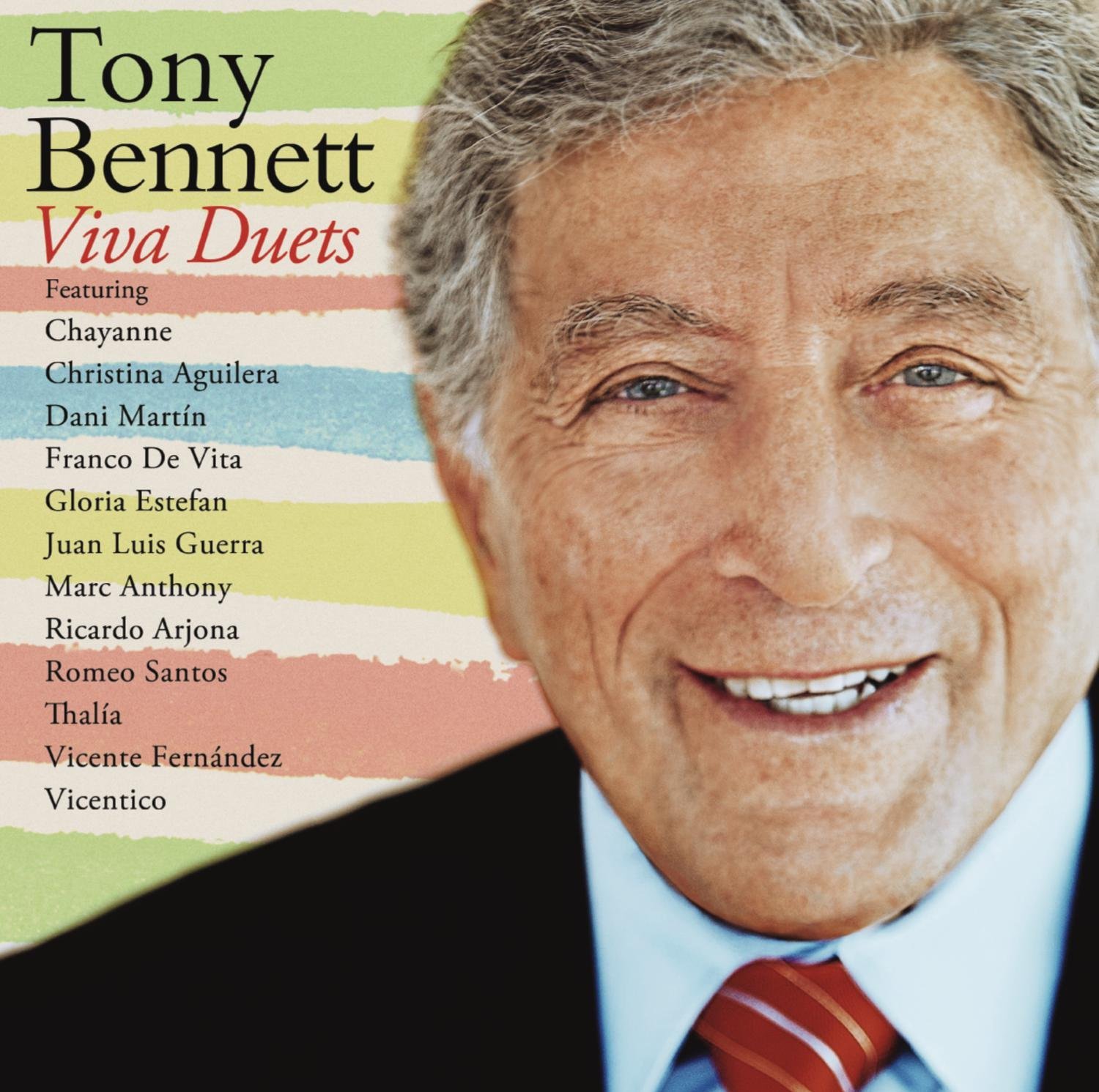 On Viva Duets, the third album in his continuing duets series, Tony Bennett attempts to clear the language barrier between English and Spanish as well as find common ground across cultures and generations. Featuring songs in both Spanish and English, and cross-cultural household names such as Marc Anthony, Gloria Estefan, and Christina Aguilera, as well as more culturally specific names like pop star turned actor Dani Martin and Dominican merengue artist Juan Luis Guerra, Viva Duets risks acknowledging everyone but pleasing no one. The album mostly avoids this, however, by allowing the linguistic variety to embroider Bennett’s accustomed style rather than compete with it.

As with the previous two duets albums, Bennett’s voice is strong and smooth, and the rapport between him and his partners reflects the same warmth and affability that’s made the legendary crooner’s career so enduring. And as with the earlier collections, the success or failure of each track is equally as dependent on the interaction between the orchestra and the singers. The heart-melting languor of the album’s rendition of Hank Williams’s “Cold Cold Heart” owes as much to the blues-inflected stylings of guitarist Gary Sargent as it does to both the silken-voiced drama of Argentinian rocker Vicentico and Bennett’s confessional deliveries.

Less successful is the lamentable softening of the classic breakup tune “I Wanna Be Around.” On his 1963 original, Bennett effectively communicated the acrimony of the song’s wronged lover without sacrificing an ounce of his natural bon amis. Here that delicate balance is lost in a string arrangement too sentimental for the subject and a duet partner, Ricardo Arjona, who lacks Bennett’s interpretive agility. On the album opener, “The Best Is Yet to Come,” Bennett and Puerto Rican balladeer Chayanne trade uptempo verses in their respective languages, and while both carry their halves with considerable style, the stark separation created by the alternating between English and Spanish proves to be a distraction.

In other instances, like “The Good Life,” featuring Franco De Vita, the linguistic dichotomy actually gives the song an extra dimension of feeling. The languages flow together naturally at the emotional behest of the song, as though the passionate tones of Spanish and the more measured un-inflected English syllables were tools to be employed when the song demands it. At its best, Viva Duets not only accommodates both languages, but reveals their complementary strengths, finding notes of joy, sadness, and intimacy.