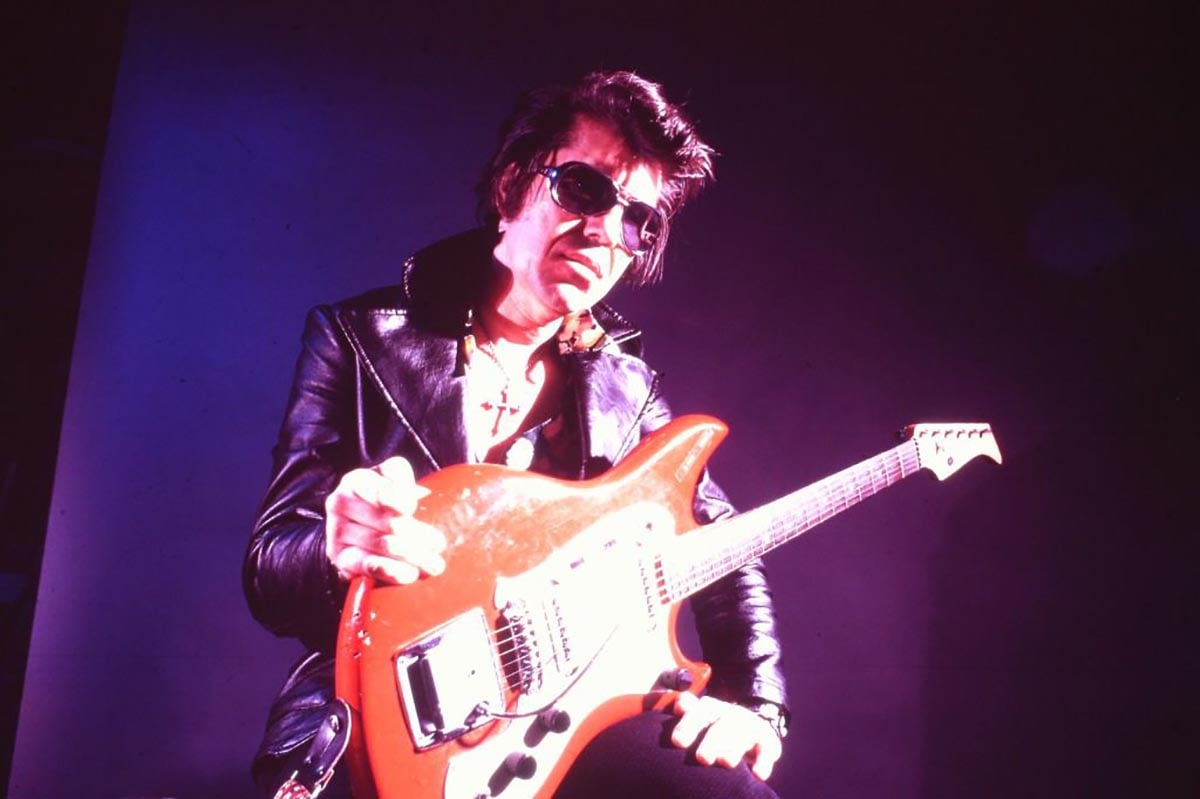 The miracle of Catherine Bainbridge and Alfonso Maiorana’s documentary Rumble: The Indians Who Rocked the World is that it’s joyous and celebratory without whitewashing the cruelty that suppressed and inadvertently inspired Native American music. The title of the film comes from Native American musician Link Wray’s iconic instrumental of the same name, one of the first songs to use distortion and feedback, which would inspire every subsequent rocker and become one of the few instrumentals to be banned in parts of the United States. It remains a great, sensual, profoundly textured song, its fuzzy aggression seeping into your bones.

Bainbridge and Maiorana briefly recap the history of the European settlers’ treatment of the Native American, connecting the latter’s musical traditions, such as chanting, stomp dancing, and call and response, with their modern rock counterparts. There’s a bracing specificity to the early portions of Rumble, in which modern musicians listen to old blues and rock and pinpoint the Native American elements, bringing to the fore history that’s been hidden right in front of most of us. Loving recreations of traditional music are captured in places of notorious suppression, such as Mississippi, North Carolina, and New Orleans, which were un-coincidentally corresponding hubs of forceful artistic expression. A who’s-who of rock royalty testifies to the lasting influence of Native American culture, including Robbie Robertson (part Mohawk), Corey Harris (part Choctaw), Steven Van Zandt, Quincy Jones, Taj Mahal, Jackson Browne, Tony Bennett, and many others, as well as historians and notable music acolytes such as filmmaker Martin Scorsese.

Bainbridge and Maiorana draw a direct and persuasive line from Native American song to the iconic Delta bluesman Charley Patton, and then on to jazz singer Mildred Bailey and Link Wray and, later, the part-Native American Jimi Hendrix, whose astonishing cover of “The Star-Spangled Banner” at Woodstock in 1969 is unthinkable without the wild and wooly chaos of “Rumble.” The vastness of the Native American influence on rock music is inarguable, and the relative obscurity of this knowledge offers damning testament to a culture that warps history to favor white men.

Rumble has a loose structure, suggesting a greatest-hits album. Brief descriptions of musicians provide the documentary with its narrative spine, though the film shoots off in a variety of directions, following the impassioned whims of its interviewees, who favor the term “Indian” over Native American, evincing an understandable pride of survival. Among slavery and government-mandated censorship, freedom of Native and African-American expression broke through from the fringes into the figurative and literal center stage, helping to forge a significant strand of the American pop-cultural fabric.

This is history that Americans should know, and Bainbridge and Maiorana approach their film as an introductory survey course, which undercuts Rumble’s aesthetic intensity. Formally, the documentary is an unremarkable yet likeable blend of talking heads and recreations, which are purposefully unsettled with startling photos of plantations and mass killings such as the Wounded Knee Massacre. There’s enough subject matter here for a multiple-season documentary series, and so Rumble feels thin and scattered at 103 minutes, particularly as the film shifts gears in its final stretch to cover the Native American influence over 1980s heavy metal.

The film emotionally climaxes with the Band’s glorious rise and fall, though Bainbridge and Maiorana enthusiastically cram more happenstance into their already overstuffed production. Rumble is important, infectious, and at once major and minor, scanning as a necessary step toward a greater examination of the Native American musical legacy, which is, in turn, a step toward our reckoning with the unforgivable carnage that’s central to our heritage.