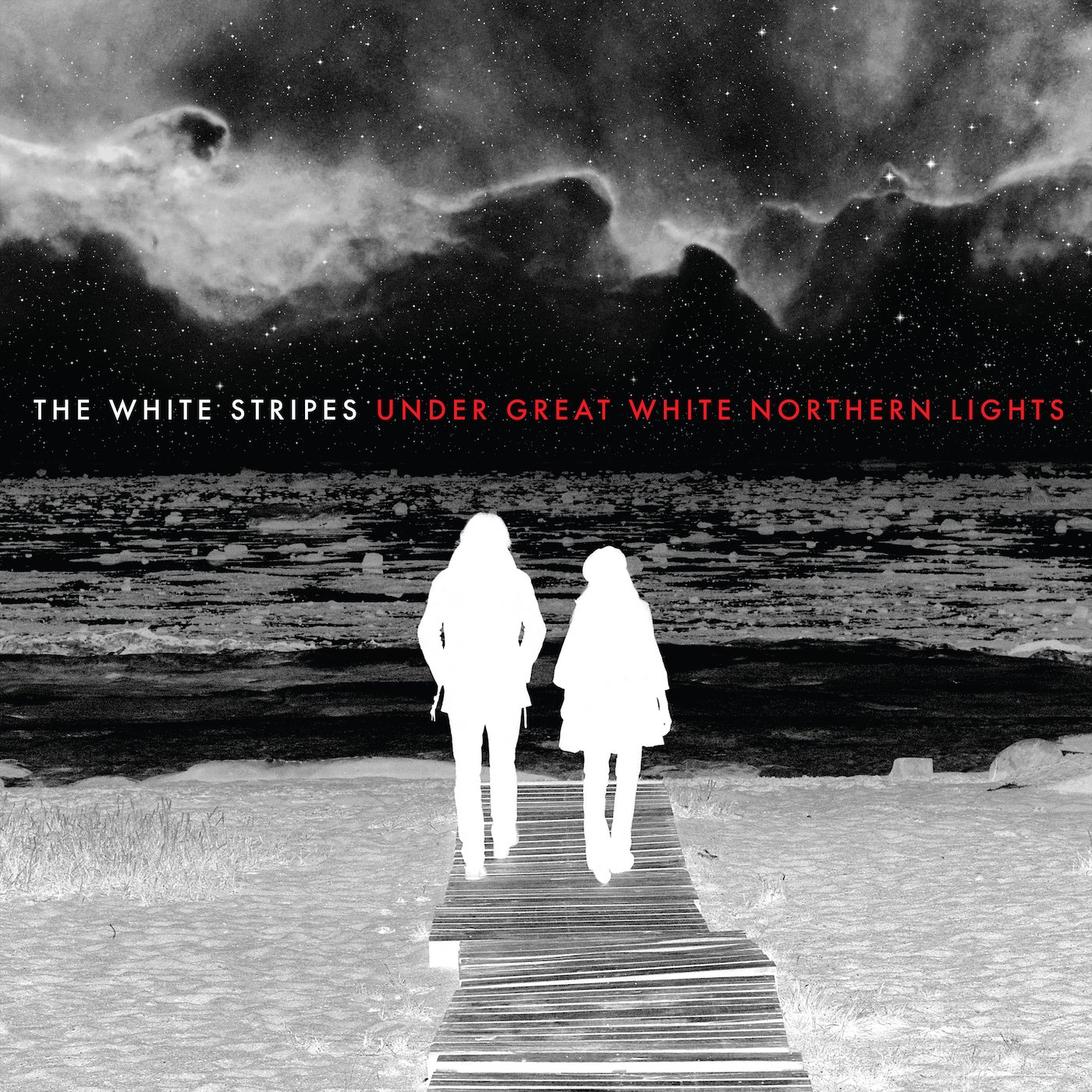 All but the best live albums can’t help but share the spurious feel of at least partial irrelevance, but it’s easier to grant some respect to ones which wear their live-ness boldly, as a virtue rather than something to be masked. The White Stripes’s Under Great White Northern Lights is the pinnacle of that type of album, which means that fundamentally it’s a mess but a fascinating one, a kind of protracted stagger through the band’s setlist, wending its way through improvised lyrical changes, cavernous feedback and bursts of off-kilter noise.

Presented in tandem with a similarly titled tour film directed by Emmet Malloy, the album presents itself as the inverse of a studio product, spilling over with ill-advised side roads and shambling misadventures. A song like the formerly effervescent “Fell In Love with a Girl” is ground down into wheel-spinning, amplifier-stretching, halftime limbo. “Ball and Biscuit” shreds apart into a sputtering miasma of masturbatory blues guitar. “Seven Nation Army” ends up hijacked by a fan sing-along before descending into tonal noise and some messily played bagpipes.

Yet there’s a certain joyous quality to hearing a band so completely wreck their songs. Safer live albums attempt to have it both ways, presenting a slightly loosened-up version of a band’s sound while clinging to the standard strictures of studio recording. What we get here is fundamentally and proudly a far more sticky proposal, with Jack White as a master of ceremonies-cum-carnival barker, tearing his material apart for the audience’s pleasure. The emphasis therefore becomes the transposition of the material into the environment of the live show, where raucousness and energy are more prized than clarity and musicianship.

This isn’t the first album to communicate that feeling, but it does it with a wonderful level of abandon. In achieving this, Northern Lights captures the live show as circus, the aura where group participation and the raggedness of improvisation supersedes a faithful rendering of songs, an interpretation that, if not always satisfying to listen to, is at least fascinating to behold.