“Once you kill a cow, you gotta make a burger.” So says Lady Gaga as she turns to the camera with a deadpan stare in her latest video for the Fame Monster track “Telephone.” Directed by Jonas Åkerlund, the clip is a sequel to the previous Gaga-Åkerlund collaboration “Paparazzi”—and it’s an epic in music video terms, clocking in at nine and a half minutes.

Whereas “Paparazzi” was an extended riff on, among other things, Hitchcock and his voyeuristic sensibilities, “Telephone” has chosen the work of Quentin Tarantino as its visual and narrative inspiration. The video is full of nods to the director: the self-conscious dialogue laden with knowing winks to the audience; the fascination with the muddy waters of exploitation, of which the women-in-prison film is a genre favorite; and of course, the infamous Kill Bill Pussy Wagon. (The Tarantino connections are so strong, the first time I watched the video I was sure Gaga was making out with Steve Buscemi.)

Forget for a moment the Ouroboros meta-nature of crafting a pastiche of a filmmaker whose work is defined by pastiche; Beyoncé, Gaga’s co-star and the Honey B(unny) to her Pumpkin, has Tarantino on the brain as well. Her clip for “Video Phone” (directed by Hype Williams and featuring Lady Gaga in a mirror-like inversion) riffed on Tarantino as well, with its opening scene a direct lift from Reservoir Dogs. However, “Video Phone” is a deeply flawed work; its pastiche descends into an incoherent hodge-podge, with ideas and images thrown into the blender without rhyme or reason.

“Telephone” itself flirts with the edges of coherence, crossing the line a few times. It’s full of random references (including nods to sci-fi works like Dune), product placement that for the first time feels out of place (the flow-killing cutaways to linger on a dating site home page being the most egregious example), and interesting but strange visual tics (like Gaga displaying her thoughts in German right before she commits murder).

Part of the scattershot nature of the video comes from how the actual song is used. “Paparazzi” was lengthy for a music video as well, but it managed to keep the integrity of the song intact, saving the pure narrative segments for bookends. It also managed to push its story forward through the actual performance. “Telephone,” on the other hand, has a definite stop-start feel to it, which is always problematic for a music video because it seems to do the song a disservice. Gaga’s managed to make the form work before; the French New Wave-inspired “The Fame: Part One” interspersed music with narrative, but the medley in that short film blended seamlessly with the story. In “Telephone,” it feels like the track is an excuse for the narrative rather than working with it.

Regardless, there is much in “Telephone” to recommend, and like the rest of Gaga’s work, it’s certainly a feast for the eyes. There’s the opening in the “Prison for Bitches,” where all the inmates dress like ’80s crust punks while listening to The Fame on their Heartbeats earphones, and a metal-studded Gaga channels James Dean with a look that defines the word “fierce.” There are the diner scenes, where short-order cook/dancers listen intently to heads of lettuce as Gaga and her hair-telephone teach us the best way to put rat poison in bacon and eggs. And the way there’s just a random half-second cutaway to Beyoncé’s chest—done in the same manner as every other product placement shot in the video—is a minor stroke of genius.

What are we to make of a Gaga who clothes herself in the American flag and dances among a roomful of corpses after serving poison to the people? One of the beauties of Gaga’s work in both musical and video forms is how much of it is pop music tinged with a pervasive morbidity and sense of self-reflection. The songs are about love and romance, but they’re also about the love affair between pop musicians and their audiences. “Monster,” for example, is a track that’s about a one-night stand gone awry. But if you’ve seen “Who Shot Candy Warhol?” then you know that monsters and hearts also mean something entirely different in Gaga’s world. In this way, to contemplate the logic and meaning behind “Telephone,” it’s useful to view it alongside Gaga’s other recent work—the videos for “Paparazzi” and “Bad Romance.”

“Bad Romance” (directed by Francis Lawrence) has an intriguing duality with “Telephone.” The “Bad Romance” video is about purity and transformation, with a captured Gaga being converted into a product to be bought and sold before she reclaims her identity in a destructive burst of cleansing fire. The visuals are striking in their sterility, with the whites of the bathhouse and the crystal clarity of water, vodka, and diamonds. The exploitation aesthetic of “Telephone,” on the other hand, is all about dirt: the grimy prison grounds, the dust kicked up by the Pussy Wagon as it races across the desert, the visceral close-ups as Honey B’s boyfriend (Tyrese Gibson) and the rest of the people in the diner wolf down their breakfast plates. The distinction makes sense, because “Bad Romance” is about the dilemma of the perfectly packaged and constructed pop superstar, while “Telephone” is that same superstar’s Tarantinoesque escape fantasies brought to life. When looked at in this way, Beyoncé’s turning to the camera after murdering her controlling boyfriend and saying, “I know you’d take all my honey, you selfish motherfucker,” comes across as rather transparent, doesn’t it?

“Telephone” makes references to the events in “Paparazzi,” and Beyoncé murders her boyfriend with the same props and mannerisms Gaga used to murder hers in the first video. (Without the chillingly alien Mickey Mouse/geisha-robot vibe Gaga had, Beyoncé comes off as a pale imitation, but anything else would be a tall order.) Both videos are fascinated with the juxtaposition of death and art, but end up deploying that juxtaposition in entirely different ways. “Paparazzi” is about death as fashion, death as high art—the corpses in that video are all draped in couture and exquisitely posed and framed. The deaths in “Telephone” are anything but: We get close-ups of sickening eye rolls, choking coughs kicking crumbs into the air, and Tyrese collapsing face-first into his plate.

Like “Bad Romance” and “Paparazzi,” the themes in “Telephone” revolve around control. Who’s in control of the narrative, of the image, and of the music? The way Gaga and Beyoncé stutter-stop to the beat of the track and the editor’s cutting turns the pair into marionettes, their heads bobbing up and down in time. Gaga starts off in prison, behind bars and bound by chains, before escaping to the expansive freedom of the desert. And the pair’s act of mass murder? It’s about seizing control: of their work, their art, and whatever piece of the culture they can claim as their own.

From the moment Gaga takes a bite out of Beyoncé’s honey bun (no, not the most explicit part of the video—that would be Gaga proving “she didn’t have a dick”), it’s all about consumption: burgers, sandwiches, and poison. Consumption is a resonant theme, because it’s the method by which the audience interacts with Gaga: We consume her, or as Gaga puts it in both “Candy Warhol” and “Monster,” “He ate my heart and then he ate my brain.” In their narrowest conceptions, high culture and high art are challenging; they’re also inaccessible and abstruse. Art like that is meant to be experienced. Low culture, mere entertainment—a stigma pop music bears on its shoulders—is meant to be consumed. It’s just another product being put on display: populist and vulgar.

It’s always been one of Gaga’s stated aims to shatter these narrow conceptions, and to bring down the walls between high and low culture; as she puts it, “Pop music will never be lowbrow.” The goal of all her work, including “Telephone,” is to pull on the avant garde while pushing against mainstream pop in an attempt to collapse the two into some beautifully monstrous amalgamation of high fashion, pop music, cinema, and performance art.

In “Telephone,” such an act is an affront—it’s dangerous, even poisonous. The climax of the video is set at a roadside diner, a place defined not only by the act of consumption, but by its quintessential American quality. It’s an acknowledgment that she’s firmly tapped into the pulse of American culture; and while she has everyone’s attention, she aims to do something with it. Here, the death imagery can be seen not as an end, not as decay, but as a transition into something else—the marker of decisive change. Through her act of murder, she reshapes the environment as she sees fit, which is a facet that all three of her latest videos share.

So it’s fitting that the ways “Telephone” frays at the edges—the scatterbrained collision of images and ideas, the fracture points between the narrative and the music—are exactly the types of problems the video should be having. It’s a bold gesture, and not all the pieces fit together perfectly. But at a time when the music video is less and less able to even function as a promotional tool for the music, Gaga is bringing new life to the form: Her music videos are events.

Gaga has always been candid about her connection to her audience and her struggle to find that connection. When she was Stefani Germanotta on the New York music scene, she was just another girl behind a piano in a city full of them—talent without visibility. But when she started stripping down to leather thongs and setting cans of hairspray on fire, it certainly got people’s attention. “Telephone” is an encapsulation of that same impulse, of that same moment. It may be backed by a bigger budget and glossed up for an audience of millions, but it’s the same Gaga. 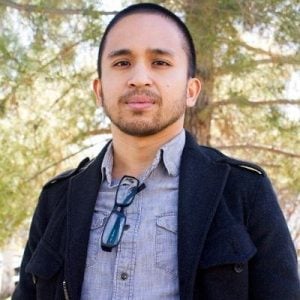